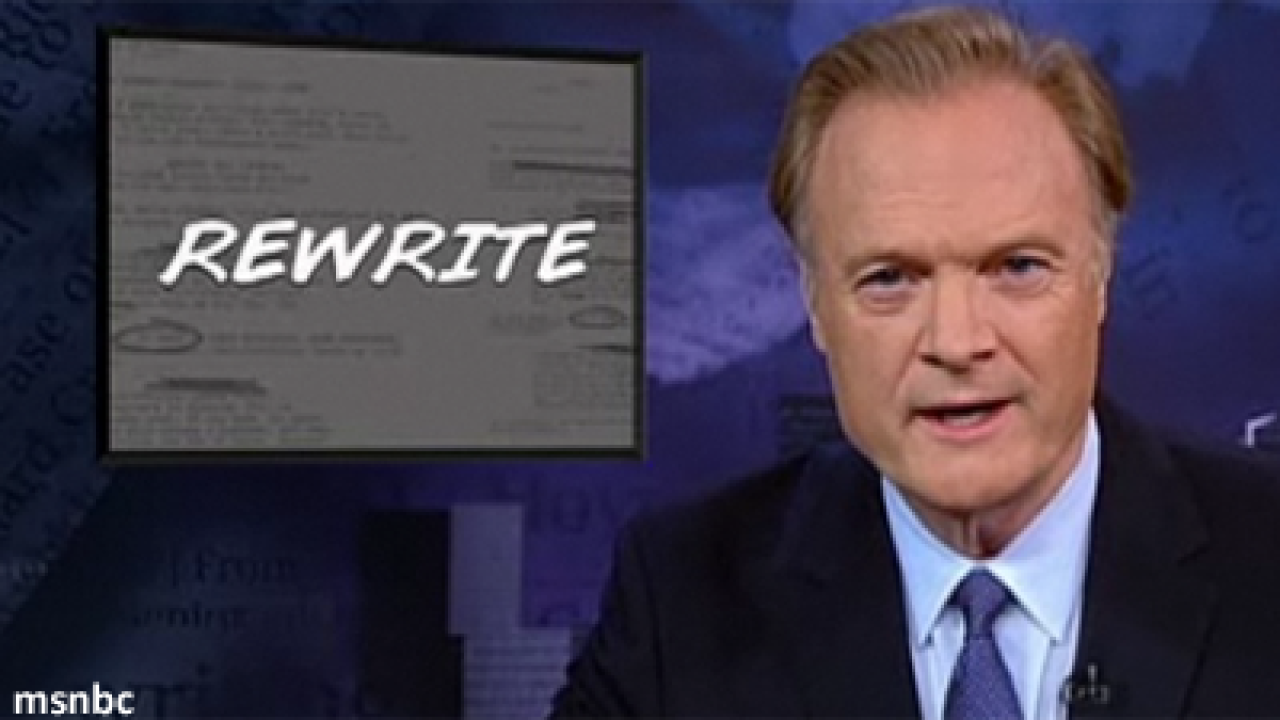 MSNBC host Lawrence O’Donnell is apologizing for comments he made about the Church of Jesus Christ of Latter-day Saints.

O’Donnell’s controversial comments were made during a monologue on his show, “The Last Word,” on April 3, while refuting an argument made by Romney that the Obama administration is waging a war on religion. He calls Mormonism a new, invented religion:

Mormonism was created by a guy in upstate New York in 1830 when he got caught having sex with the maid and explained to his wife that God told him to do it. Forty-eight wives later, Joseph Smith’s lifestyle was completely sanctified in the religion he invented to go with it, which Mitt Romney says he believes.

O’Donnell received criticism from across the political and religious spectrum, with many saying he’d lied about the origin of the Mormon faith and about Joseph Smith.

During his show Wednesday, O’Donnell apologized for those comments, saying he wishes he could take those words back:

And I am truly sorry if I said something inaccurate about Joseph Smith. And I am happy to provide time on this show to a Church of Latter- Day Saints spokesman to correct any inaccuracy. In fact, I have more than once invited spokesman for the Mormon church on the show and they have always declined, despite the polite and enlightening conversations we have had off the record.

And, yes, refusing to vote for a non-believer is wrong. And, again, I’m very sorry that for some that message got lost because of my insensitive phrasing in two sentences I wish — I just wish I could take those words back.