North Korea rocket appears to have broken up 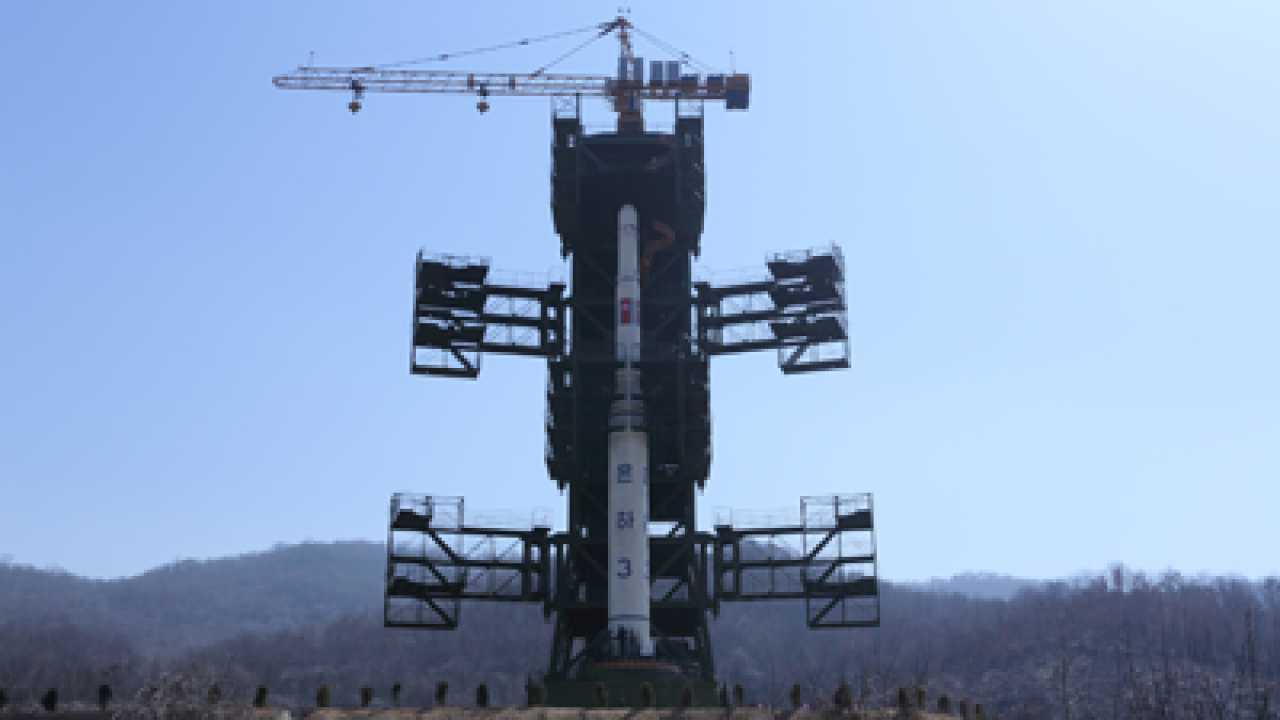 PYONGYANG, North Korea (CNN) — Defying warnings from the international community, North Korea launched a long-range rocket on Friday, but it appears to have broken apart before escaping the earth’s atmosphere, officials said.

No element of the rocket reached space, said a U.S. official, who based that conclusion on data collected by the United States from its first few moments aloft.

The U.N. Security Council will meet Friday on the launch, two U.N. diplomats and a U.S. official told CNN.

The U.S. official said that, despite the launch’s failure, “it will not change our response.”

“This was supposed to be associated with (Kim Jong Un’s) ascension to power. So for this thing to fail … is incredibly embarrassing,” said Victor Cha, former director of Asian affairs for the U.S. National Security Council and now a Georgetown University professor.

Japan’s Chief Cabinet Secretary Osamu Fujimura said the rocket remained in the air for slightly more than a minute, then fell into the ocean. It did not affect Japanese territory, he said.

After the failure, the Japanese government held a security meeting.

Immediately afterward, the South Korean military dispatched helicopters and ships in an attempt to find debris related to the rocket launch, according to YTN.

Tokyo, which had threatened to shoot down the rocket if it appeared to be threatening its territory, had called for restraint. But Prime Minister Yoshihiko Noda said Thursday, “We are fully prepared to deal with any contingency,” according to the news agency Kyodo.

The United States, South Korea and other countries see the launch as a cover for a ballistic missile test. International leaders had urged North Korea to cancel the launch, but Pyongyang refused to back down, insisting the operation is for peaceful purposes.

The North Koreans have said the rocket was needed to launch a weather satellite into orbit.

“The wise thing would be for North Korea to avoid this provocative and ill-considered action, which is in blatant violation of international law and their international obligations,” said U.S. Ambassador Susan Rice, who currently holds the U.N. Security Council’s rotating presidency, prior to the launch.

At the United Nations, diplomats had warned that Pyongyang would face further isolation if it went ahead.

In Washington, White House spokesman Jay Carney had said the launch would be a “significant and clear demonstration of bad faith” on the part of the North, making it impossible for the United States to follow through on the food-aid deal.

South Korea described the planned move as a “grave provocation” and said it would respond with “appropriate countermeasures.” Meanwhile, the Philippines and South Korea ordered commercial planes and fishing boats to stay clear of the rocket’s proposed path.

“This launch will give credence to the view that North Korean leaders see improved relations with the outside world as a threat to the existence of their system,” U.S. Secretary of State Hillary Clinton said this week. “And recent history strongly suggests that additional provocations may follow.”

A recent report from South Korean intelligence officials said that North Korea is planning a new nuclear test in the area where it staged previous atomic blasts.

The South Korean intelligence report noted that the two previous rocket launches that Pyongyang said were intended to put satellites into orbit were followed a few weeks or months later by nuclear tests.

The last time Pyongyang carried out what it described as a satellite launch, in April 2009, the U.N. Security Council condemned the action and demanded that it not be repeated.

Vitaly Churkin, Russia’s U.N. ambassador, told reporters outside the Security Council chambers that members don’t have “clear agreement” about what steps to take if the launch goes ahead. “But one thing I can tell you: We have unanimity of understanding that if it were to happen, that would be a clear violation of two Security Council resolutions.”

And Rice warned, “Every time they go down a path such as this, their isolation intensifies, the needs of their people increase and they become more and more out of the bounds of the international community. That will be the case if they do so.”

Meanwhile, Chinese Ambassador Li Baodong said countries need “to do everything possible to defuse tension rather than inflame the situation there.” China is North Korea’s leading ally.

The launch came amid North Korean preparations to mark the 100th anniversary of the birth of Kim Il Sung, the founder of North Korea who ruled the Communist state for more than four decades. His birthday on April 15, known as the “Day of the Sun,” is a key public holiday.

Korean television showed a somber Kim standing beneath two towering statues of his grandfather and his late father, Kim Jong Il, while receiving applause from party functionaries and the military. Kim Jong Il was given the title of “eternal general secretary” of the Workers’ Party, while Kim Jong Un was named the party’s first secretary.

The title appears to be a newly created position that sets the stage for a virtual coronation of Kim Jong Un, says North Korea watcher Jonathan Pollack of the Washington-based Brookings Institution.

“Creating this new position is sort of like retiring a jersey number for a famous baseball player,” Pollack said. “It shows a deference to his father and to the old guard, while still cementing his control on power.”

North Korea announced other titles for Kim Jong Un, including making him a member of the Political Bureau of the Central Committee and chairman of the Central Military Commission.

Kim Jong Un was already being described as the supreme leader of the party, state and army. But it is unclear how directly the young Kim, thought to be in his late 20s, is involved in policy decisions.

The leadership transition bears similarities to the previous transfer of power from one generation of the Kim family to another.

“Kim Jong Il is now venerated at the same level as his father, buried in the same tomb, and they are making statues of them riding together on horseback,” Pollack said.

“But Kim Jong Un never got the on-the-job training his father did, so he may have this title to allow some mentoring or sharing power and decisions with his elders.”