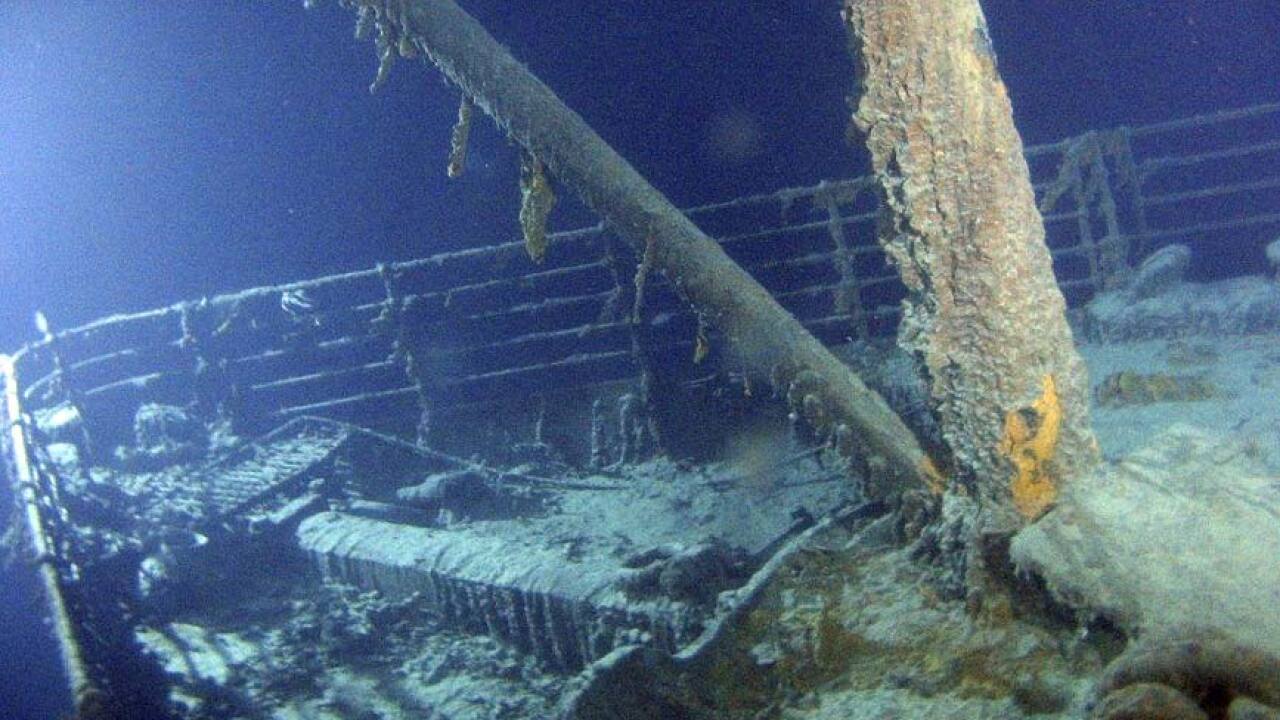 By Eoghan Macguire for CNN
(CNN) — For Titanic enthusiasts, it’s a last chance to glimpse the famous cruise liner in its final resting place, a full 100 years after the vessel’s tragic demise.

A series of expeditions by marine dive specialists Deep Ocean Expeditions (DOE) will take paying tourists to the wreck site 12,000 feet below the surface of the North Atlantic Ocean in early July.

The British company has been running Titanic tours since 1998 but expedition leader Rob McCallum says the forthcoming trips will likely be their last.

There are currently no other organizations that offer commercial forays to the Titanic, meaning this summer’s voyages could also be the last to cater to the paying public.

“We actually finished the Titanic dives in 2005 but it’s the centenary year and we had so many requests to make the trip that we decided to do it one more time,” says McCallum.

“Now that the last survivor has passed I just think it’s time to move on … we’ve been to Titanic 197 times and it’s time to do other things,” he adds.

It will take a day and a half sailing time to reach the dive site and once there lectures will be given to prepare divers for the rigors of the deep sea.

A Mir submersible chartered from the Russian Academy of Sciences — one of the only vehicles sturdy and technologically advanced enough to reach such depths — will then make a series of visits to the wreck site.

“Dives take between 10 and 12 hours to complete,” says McCallum.

Divers are able explore the outer regions of both the bow and stern sections of the fractured vessel — which are situated three quarters of a mile apart on the ocean floor — as well as peer into the ship’s inner sanctum, says McCallum.

“It is an emotional experience,” he says describing the sight of the Titanic first coming into view.

“It is just such a big vessel. There is something about Titanic in terms of her majesty and her grace. She was the pinnacle of human engineering achievement at that time,” he adds.

Although heavily involved in organizing and planning the trip for DOE, McCallum has only ever been able to take the plunge to the Titanic once.

At a cost of $59,000 per person, doing so makes the experience “a once in a lifetime” adventure for most, he says.

Yet despite the hefty price tag, it is not just the super wealthy who are keen to climb aboard, adds McCallum.

He explains that there are just as many people on middle incomes, who are enthusiasts or have a historic link to the ship, that save up for years so they can make the journey.

“They are driven by a passion,” says McCallum. “Sometimes it’s a link to Titanic, to relationships with someone that was on board or in the construction or operation of the vessel.”

“Other times there are people of an engineering bent, and occasionally it is not people who are interested in the wreck, they are just interested in getting two and half miles below the surface to see what’s there,” he adds.

No matter what the individual reasons may be, almost all who make the trip are humbled by what they experience, says McCallum. For them, “To actually see the Titanic and to explore it is the culmination of a dream,” he says.

Unless another company comes along with a viable plan to continue the commercial voyages, however, McCallum believes it likely that future generations will be unable to indulge their varying Titanic curiosities first hand.

“If someone wanted to try it, good luck to them,” McCallum says.

“Unless you are already substantially invested within deep-water explorations, I find it likely that …. it would be too much of a challenge,” he adds.