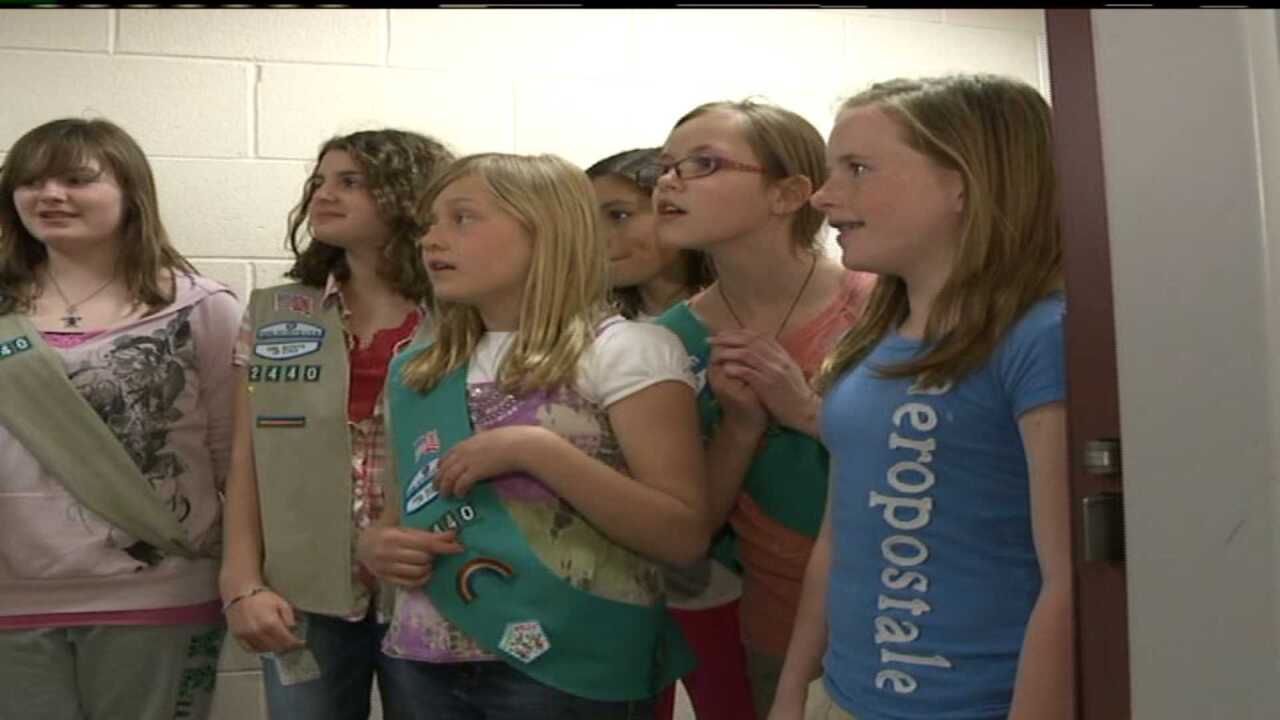 OGDEN -- As part of their annual community service project, the Shadow Valley Girl Scout Troop raised extra money to give back to Ogden Police Department with some treats.

The girls were able to treat the department with 100 boxes of cookies all bought with money they raised. And after delivering the cookies, they were given a tour of the police station and dispatch center.

"They chose us as a service project and they brought down boxes of Girl Scout cookies to share with the officers today," said Ogden Police Lt. Danielle Croyle.

The scouts thought the donation would be nice, especially in light of the recent shooting tragedy.

"We appreciate their support, but in turn we want to support them and their programs and achieving excellence throughout their process and their steps through as a Girl Scout," said Croyle.

The girls got the full tour of the station, including the dispatch center, holding cells, and the police dog K9 bays.

Organizers say they hope by visiting the station they will inspire some of the girls to possibly pursue careers in law enforcement.