Sunday marked the 100th anniversary of the sinking of the RMS Titanic.

The passenger cruise ship collided with an iceberg during her maiden voyage from Southampton, England to New York City. The sinking of the Titanic caused the deaths of more than 1,500 people.

Click through the photo gallery to see images of the wreck, items recovered from the sea and historic images of the ship and her passengers from 1912. 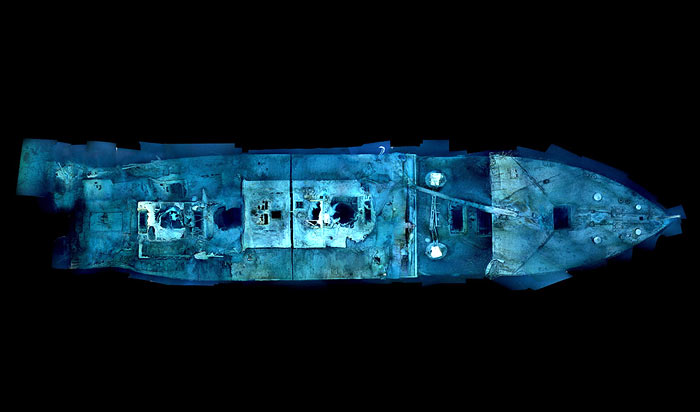 Story: End of an era for tourist trips to ghostly wreck of Titanic

Story & Photos: The Titanic up for auction

Story: All aboard! Respect, remembrance mix with the macabre

Story: 100 years since the sinking of the Titanic