The Titanic up for auction

By Jessica Dickler
NEW YORK (CNNMoney) — The most famous shipwreck of all time is on the auction block, including passengers’ personal belongings and even salvage rights to the wreck site at the bottom of the North Atlantic Sea.

The collection includes video footage of the ship and recovery effort, as well as more than 5,500 artifacts recovered from the wreck. The artifacts consist of fine china, silverware, clothing, diamond jewelry and other personal items, decorative items from the boat, and even pieces of the ship itself. 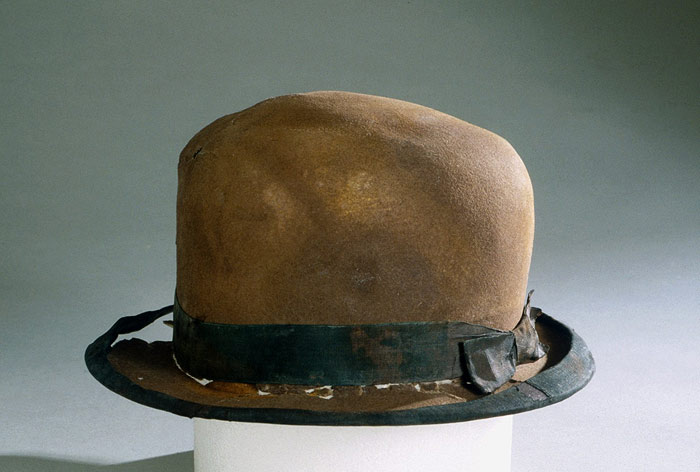 The auction, near the shipwreck’s centennial, marks the first time artifacts collected from the Titanic during salvage expeditions will be available for sale, although items gathered from the ocean surface or from survivors have been sold in the past — for a pricey sum.

In 2004, Guernsey’s auctioned off memorabilia from the Titanic and a few artifacts that had been passed down through the families of survivors from the ship. An original menu sold for about $100,000, according to Arlan Ettinger, president of Guernsey’s auction house in New York.

All the artifacts and intellectual property in this auction will be sold as a single lot by Guernsey’s.

In a previous appraisal, the collection was valued at $189 million altogether. There will be a reserve, although it has not been disclosed, Ettinger said.

RMS Titanic Inc., a division of Premier Exhibitions, has owned the official salvage rights to the Titanic and its wreck site for the last 18 years. Premier decided to auction the collection now because “the time was just right,” according to Brian Wainger, spokesman for the company.

The buyer may also get to assume sovereign possession of the ship, depending on their ability to do so, Wainger said.

Pre-qualified bidders submitted their bids to Guernsey’s before April 2. Bids are being reviewed and the announcement of the winning bid will be made by mid-April.

The sale is subject to certain conditions to ensure the collection will be properly maintained and available for public display going forward, in accordance with the dictates of a United States District Court, which has jurisdiction over the Titanic and the fate of artifacts from the ship.

Potential buyers include museums, municipalities, research institutions, or even private individuals, Ettinger said. So far, Guernsey’s has received about 20 serious inquiries, he added.

“We just hope that it remains properly conserved and cared for and that the collection remains intact,” said Dominique Rissolo, executive director of the Waitt Institute, which was involved in mapping the wreck site on the most recent expedition. “We would prefer that it never enter private hands — it’s not about ownership but telling a story.”

The famous wreckage was first discovered in 1985 off the coast of Halifax, Nova Scotia. Since then there have been eight research and recovery expeditions, during which time the artifacts included in the sale were found. Interest in the shipwreck peaked again after the release of the Titanic movie in 1997. The film grossed $1.8 billion worldwide, making it the second highest grossing film in history, according to Box Office Mojo, a site that tracks ticket sales. That’s almost 10 times the appraised value of the collection.

Premier has been displaying some of the artifacts in traveling shows worldwide, including a permanent exhibit of about 350 artifacts at the Luxor in Las Vegas. Over the years the exhibitions have made millions of dollars but the company has spent far more on the expeditions, recovery, conservation and ongoing exhibitions, Wainger said.

Premier said it will direct a portion of the proceeds to the Titanic Preservation Trust, an endowment fund created by the company for future conservation and maintenance of Titanic artifacts.