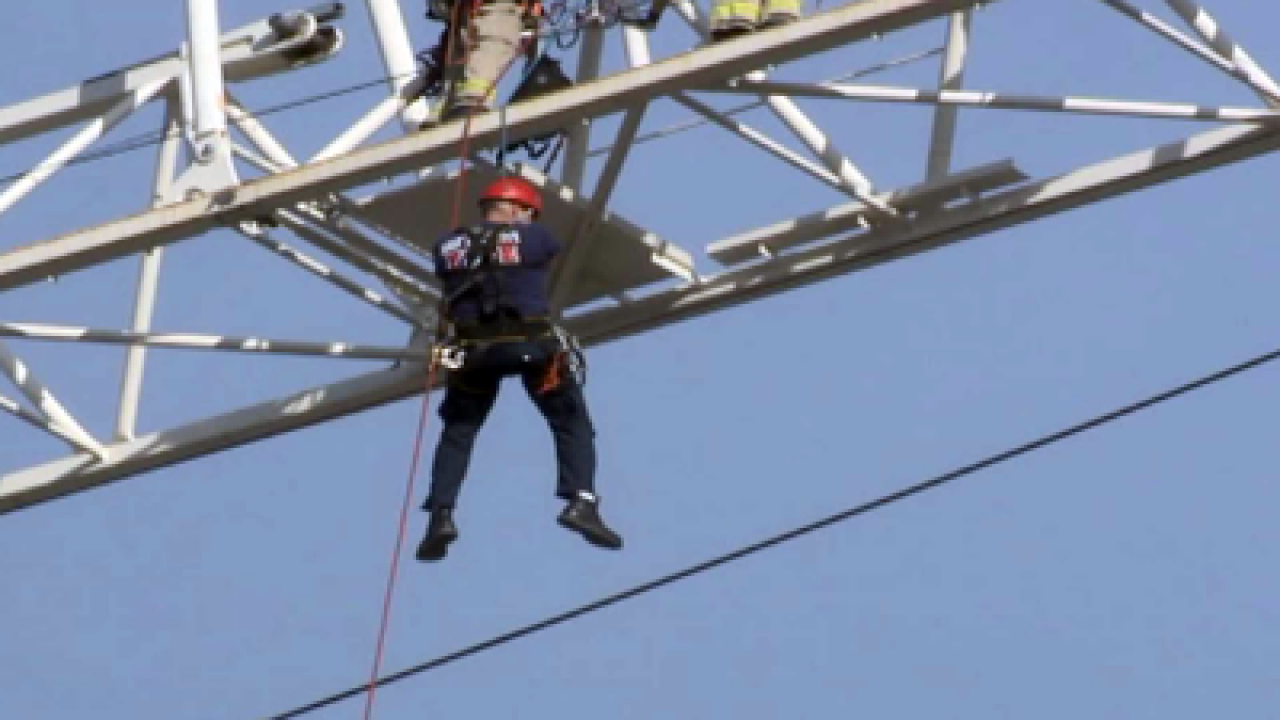 SALT LAKE CITY -- Salt Lake City firefighters climbed 100 feet above the ground onto a construction crane earlier this week to train for a tricky rescue scenario.

"Even thought these type of problems might be few and far between, you've got to be pretty prepared for when they happen," said Dixon. "Say he's had a heart attack or a stroke or even just twisted his ankle, there's really no other way to get him down other than evacuate him off the crane."

Local construction companies donated the equipment needed to train, something that firefighters say takes a whole team of people rather than just one firefighter.

"Not one person could do this by themselves. This is a very crew-oriented deal. It takes a lot of people and a lot of different skills to do this," said Justus Seely, a Salt Lake City firefighter.