Winder, Crockett to face off in GOP primary for SL Co. Mayor nomination 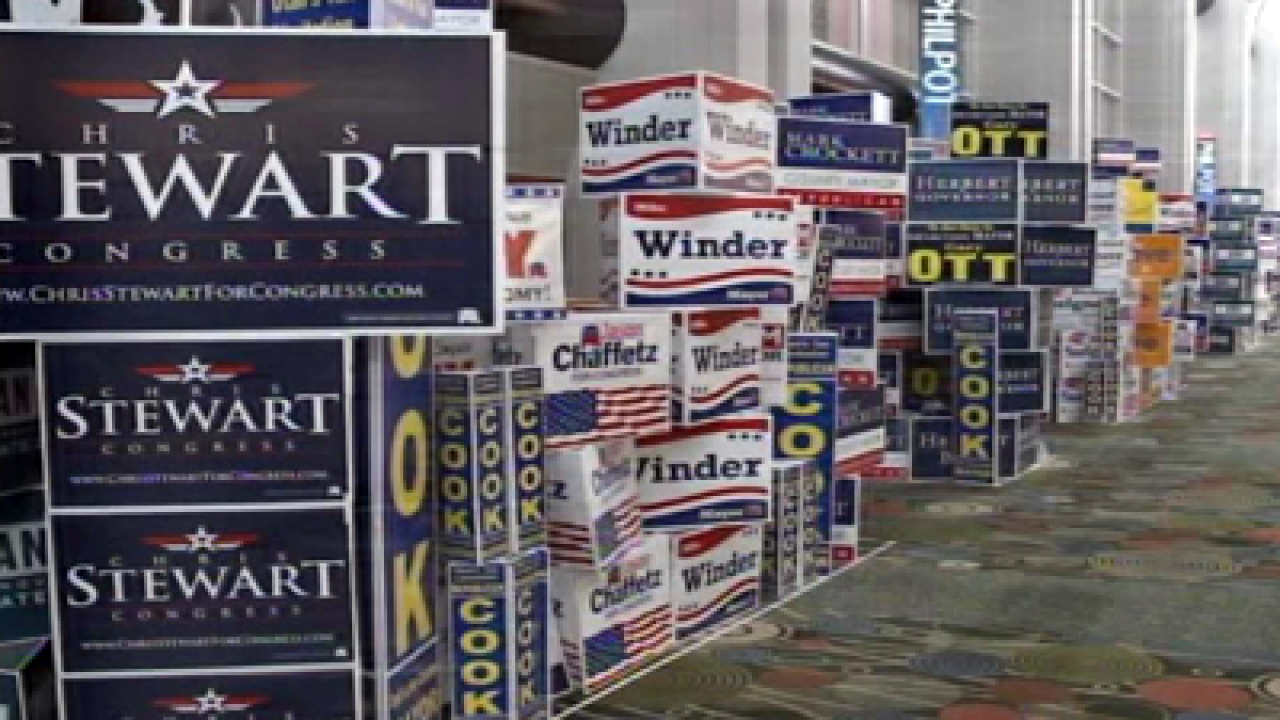 SALT LAKE CITY -- Republicans Mike Winder and Mark Crockett will be facing off in a primary election for Salt Lake County Mayor after neither candidate earned the required 60 percent of the delegate votes in their convention.

Nearly 1,500 GOP delegates were at the Salt Palace on Saturday to pick their party's nominees for Salt Lake County Mayor and other seats.

Six candidates were in the running when the convention started, but by early afternoon those had been narrowed down to two: West Valley City Mayor Mike Winder and local businessman Mark Crockett, who each received 32 percent of the delegate votes. Merrill Cook, Larry Decker, Gary W. Ott and Richard Snelgrove were eliminated after the first round of voting.

Winder and Snelgrove had been front-runners coming into the convention, but some delegates changed their minds once they heard the candidates speak.

"There are candidates that show that you want, but then you hear others who kind of switch your ideas around, but you have to go with what's in your gut ," said Stacey Kratz, one of the delegates.

The GOP nominee will face Utah Sen. Ben McAdams, the Democratic candidate for Salt Lake County Mayor. The winner will replace outgoing Mayor Peter Corroon, who is stepping down after two terms.