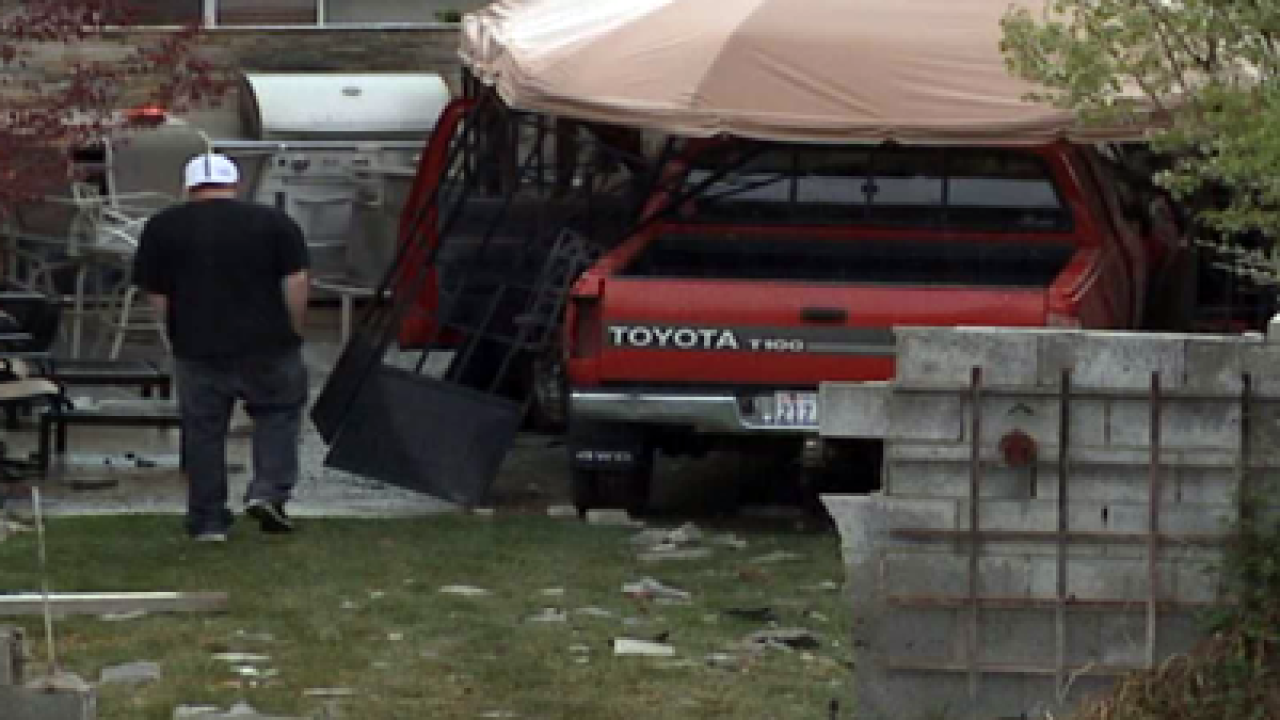 SANDY -- A 22-year-old woman was hospitalized after crashing into a tree, flying over a hill, through two yards and finally landing her truck in a gazebo in a Sandy neighborhood.

Troy Grant was sitting in a nearby coffee shop when he saw the woman's truck flying at least three feet in the air over a hill.

"She went down the ravine, through that fence then hit the ground at the bottom of the hill there then through the cinder block fence and finally stopped," said Grant.

Police say that speed and drugs or alcohol may have been a factor in the crash. They say the damage to her truck was significant and are surprised that she wasn't further injured.

"With the amount of distance she traveled and objects she struck, it is impressive that she wasn't injured more," said Lt. Jeff Duval, Sandy City Police Dept. "We do have significant property damage to two residents and their fences and their property so appropriate charges will follow if she is indeed impaired."

The woman suffered serious injuries but is expected to recover. No one else was injured.