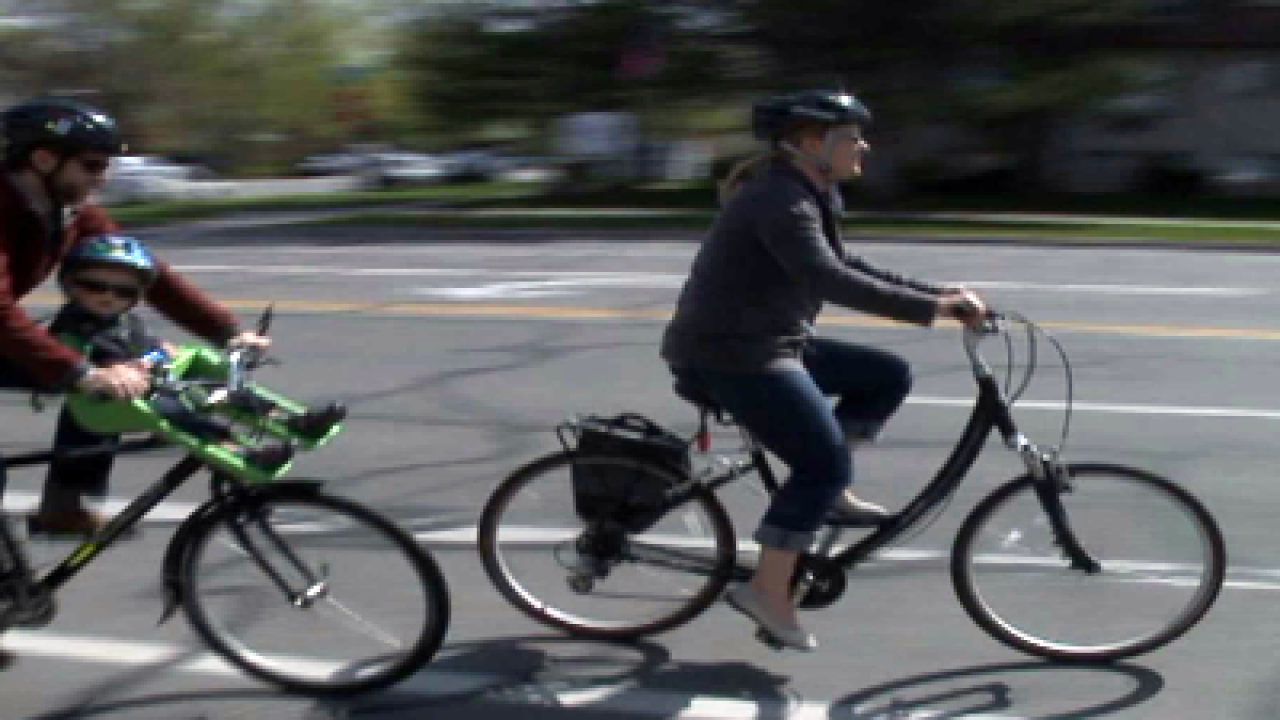 SALT LAKE CITY -- Cycling along 300 East in Salt Lake City may get a lot easier as the city considers ways to improve bike lanes downtown.

300 East already has a bike lane, but it's only 4 feet wide, compared to the standard-width 6 feet. Bikers along the roadway say that they have to watch for obstructions in the lane, something that would change with the improvements.

"The majority of the time I think we do well. Occasionally we have to watch for a car parked that might open its door or someone who puts their recycle bin in the bike lane," said the Emerson family.

Officials say the "Protected cycle track" will run from 600 South to 800 South and will put parked cars between bikes and traffic, similar to a design seen in New York City. Between 800 and 900 South, bike lanes will get wider with a buffered lane design.

Both will lose a lane of traffic, but officials say the volume of traffic along the roadway is low.

"The volumes on this street are actually very, very low, so having five lanes of traffic here is really not needed. That's part of why we chose this street for our pilot," one official said.

The project will likely take place in June as part of summer road work. Officials are looking for feedback from businesses, residents and cyclists to see which they prefer and expand the new bike lane plan across downtown Salt Lake City.