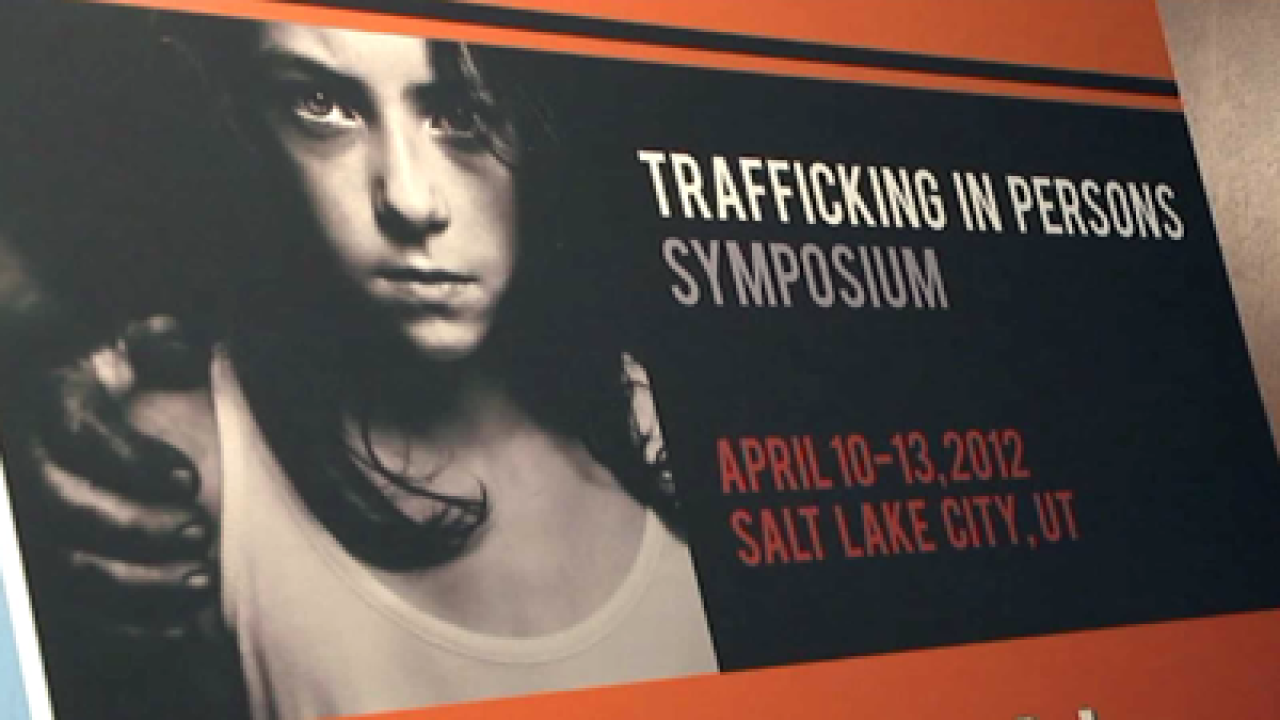 Survivors of sexual slavery shared their stories this week at a symposium in Salt Lake City. They say the problem is more widespread than people realize and the victims are often young children.

The three-day symposium brought together experts, law enforcement and survivors to help educate Utahns on a slave trade that is happening in their own backyards.

"The average age of a prostitute in the US is 12 to 14 and I think that's a startling statistic; to know and to find out that our junior high age students are being trafficked at that age," said Tyler Brklacich, Backyard Broadcast.

One of those survivors was Keisha Head. She says the trafficking of women and children is a growing problem nationwide.

"The very first contact I had with a social worker, the very first thing that she told me that I was a throwaway. I know that on the inside, that's the terminology that is used, but for me, that word really painted the picture for my future. I was trash," Head said. "I want to take a minute for us to just peel back all the labels, the runaway, the disadvantaged youth, the victim and lets talk about what the real matter is. We are talking about children."

Survivors say victims are often young adults who are influenced by adults with bad intentions.

"The unfortunate thing is that a lot of these girls who look young dont look that way. Once a trafficker has taken their innocence from them, we have lost that compassion," said Stacy Jewell Lewis, a survivor of sex trafficking.

Survivors hope their stories and the conference will help bring awareness and a face to the problem.

"For those who spend their nights turning tricks rather than their days turning pages of a book, we are the means to an education," said Head. "We need to take a stand and stop this from happening."

They say that victims of sex trafficking are often hard to recognize and that resources to help victims fight their plight.

"I remember the police officer pulled over and arrested me. I told him I had just been raped and he said, 'Raped? You haven't been raped. You're a prostitute," said Head. "In our state there's no where to take our victims. Law enforcement is faced with this challenge to protect and serve. They have to keep her safe and there's no where to take her but at the same time, these girls are being criminalized."

Tyler Brklacich works with Backyard Broadcast, a group out of Orem that aims to get Utahns educated on what trafficking looks like so they can put a stop to it.

"To have law enforcement know it's occuring in their districts so they then look for it, and learn the signs of what human trafficking looks like because it's not going to be always a prostitiute on the corner, it's going to be a well designed plan by a pimp," said Brklacich.

Survivors say holding those who are buying and selling sexual services accountable will help bring sex trafficking to light.

"The reason I was trafficked was because a man purchased me, point blank, hands down," said Head.

Lewis says she's encouraged that law enforcement have taken time to learn about sex trafficking and help figure out a way to fix it.