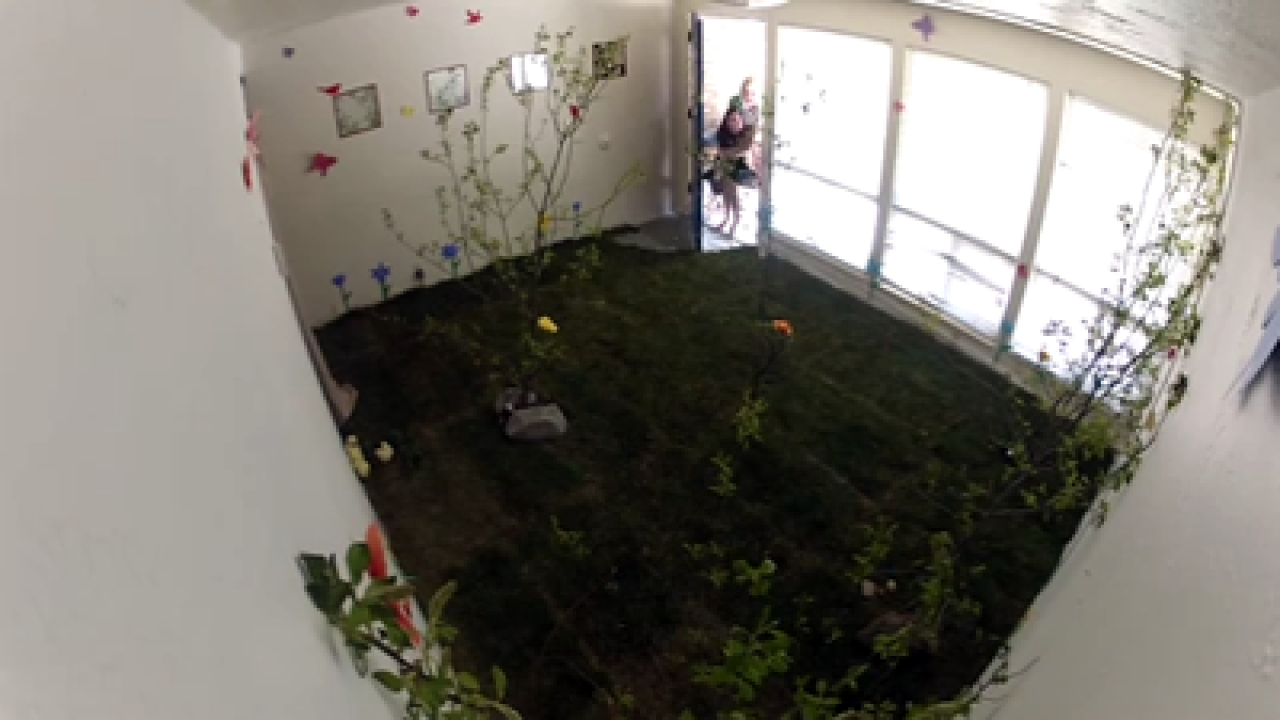 A group of BYU students pulled a wild Easter prank on some fellow students, filling their apartment with grass and live animals.

YouTube user TribalLunarSpeak uploaded the video that showcases the setting up of the prank, the girls’ reaction and the reveal of the pranksters. It was uploaded on April 11 and already has more than 50,000 views.

FOX 13 talked to Adam Lang, one of the pranksters. He describes how the prank played out.

“She gave us her door code and forgot about it and five months later we let ourselves in and did this prank,” he said. “They stole Nate’s Nelson Mandela air freshener and so we decided we should get back at them and it happened to be Easter, so we decided to throw in some chicks and some sod into the mix.”

Bronywn Bent, one of the victims of the prank, said she was shocked by the animals when she opened the door.

“I open my front door and all I see are three bunny rabbits with red eyes starring at me and so I screamed,” said Bent.

The boys hope the girls will retaliate with an even better prank.

“I hope they’re cool enough to come up with a revenge that’s good enough…that’s worthy of us,” said David Rose.