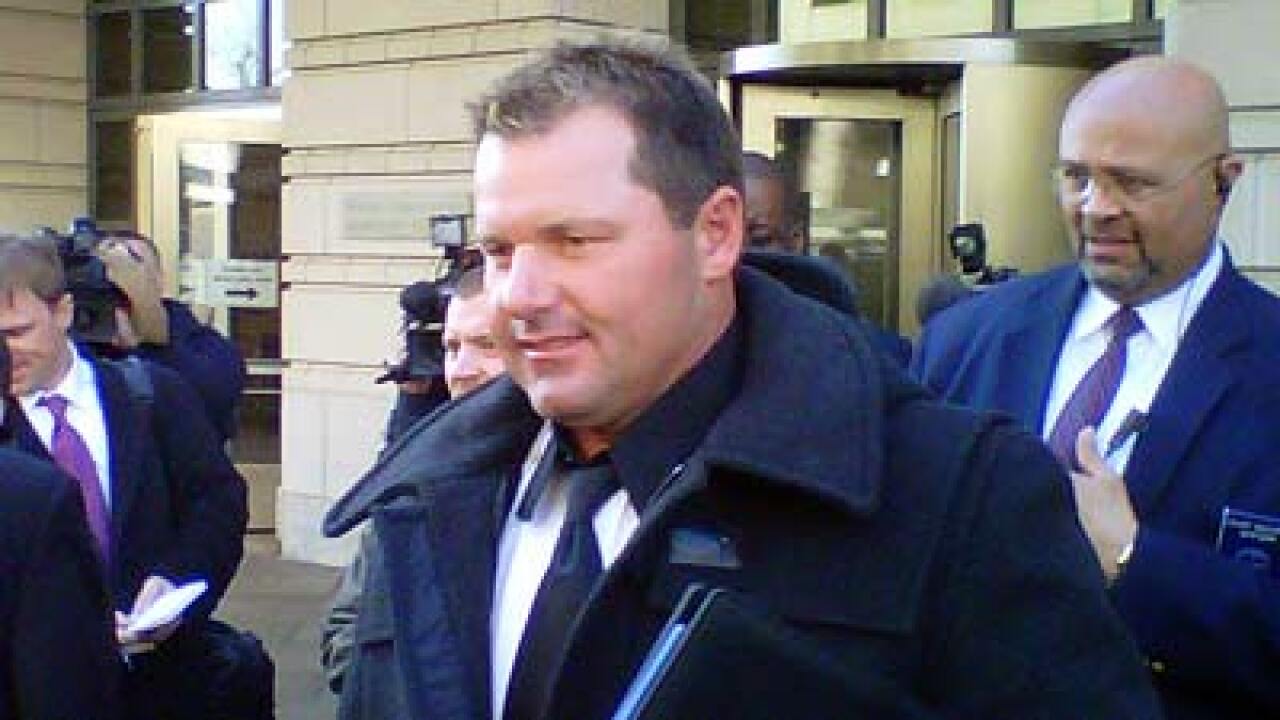 Roger Clemens after a pre-trial hearing in February in Washington.

By Paul Courson
(CNN) — Federal prosecutors will take another crack at former Major League pitcher Roger Clemens, some nine months after a mistrial was declared in his perjury trial.

Jury selection is expected to begin on Monday.

Clemens is accused of lying to Congress when lawmakers investigated the illicit use of steroids in professional baseball.

The case against Clemens — involving one count of obstruction of Congress, three counts of making false statements and two counts of perjury — was declared a mistrial in July after evidence previously ruled inadmissible was shown in court.

The issue that caused the mistrial involved a video clip of a televised congressional hearing from 2008 in which a congressman referenced an affidavit from Laura Pettitte about purported steroid use encountered by her husband, former New York Yankees pitcher Andy Pettitte, Clemens and other players.

U.S. District Court Judge Reggie Walton ruled in pre-trial proceedings that Laura Pettitte’s testimony about steroid use was uncorroborated and inadmissible. Most of the extended video had played for the jury, however, before the judge realized it included the prohibited discussion.

Prosecutors subsequently asked for a new trial for Clemens, saying they did not intend to air the clip in question.

“This was a mistake, a regretful mistake,” government attorney David Goodhand said in September, urging Walton to reject a defense motion to dismiss the indictment and prevent a new trial.

Walton blasted prosecutors, declaring, “I would hate to believe they just blatantly disregarded rulings that I made, but it’s hard for me to reach any other conclusion.”

“No doubt this was a calculated effort to make an end run around this court’s ruling,” Clemens defense attorney Michael Attanasio said at the time.

“The government’s use of this particular exhibit was premeditated,” the defense team wrote in a critique given to Walton in August, and was “not as innocent as the government suggests.”

The charges stem from Clemens’ 2008 testimony before the House Committee on Oversight and Government Reform, during which he denied using anabolic steroids.