Superintendent under fire for management style 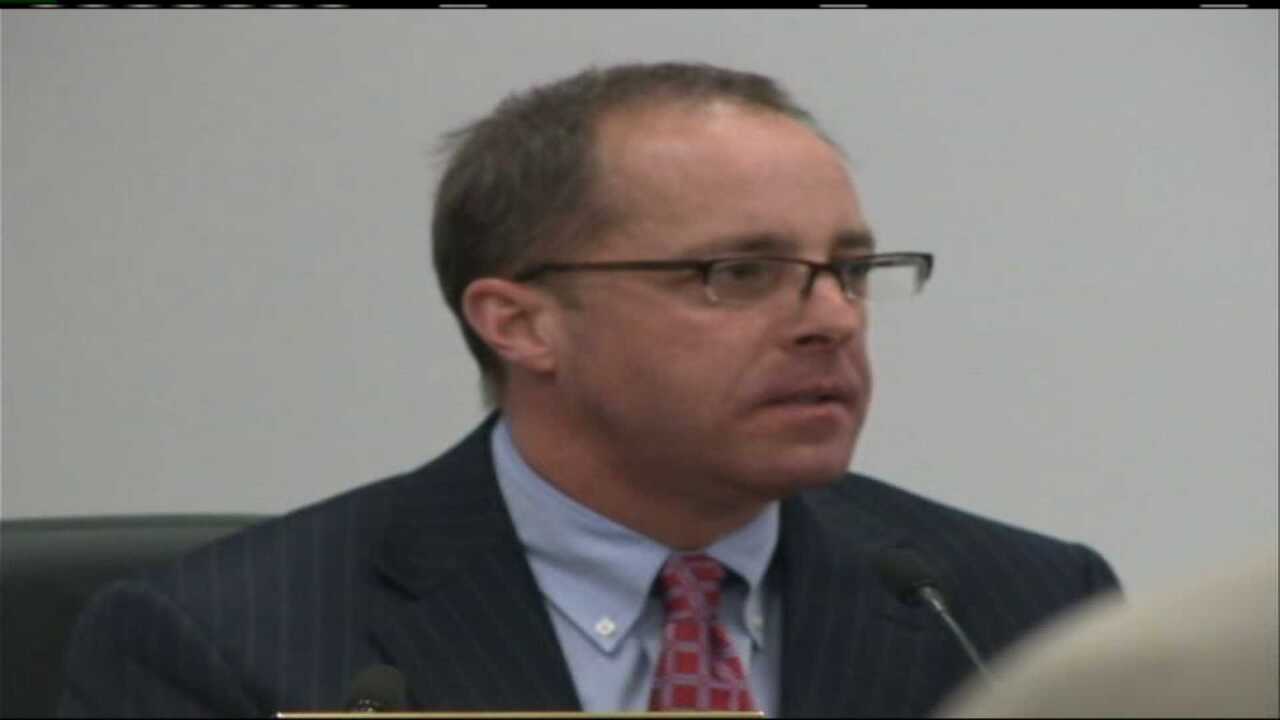 SANDY -- The Canyons School Board gave its "full and unequivocal" support to superintendent David Doty, who has faced heavy criticism over the past week for his management style. It came as some parents called for an independent investigation.

"We are his direct supervisors, and for four years have worked closely with him as he has led our district," said Canyons School Board member Paul McCarty, reading from a prepared statement. "We believed he was the right person to lead this District when we hired him four years ago. And we are even more convinced now that he is the right person to lead Canyons School District."

In its statement, the board criticized recent news reports that questioned Doty's administration and decisions he has made. But some parents called for the school board to conduct an independent investigation into his administration, presenting board members with an 800 signature petition on Tuesday night. One teacher suggested an anonymous survey of employees.

At the meeting, parents, teachers and educators lined up to speak both for and against Doty's administration.

"I was told that if I said anything, that I could lose my position in the district," said Trenton Goble, a former teacher in the Canyons District. "I had no voice. I had no opportunity to protect myself, and I spent the better part of two-and-a-half years living in fear."

"Nobody should feel that their opinion doesn't matter or that they have no recourse," said one woman. "That is exactly how many in the district feel right now."

"I personally do not agree with many of the decisions you guys have made," another woman told the board and Doty. "However, I fully support your vision, 100 percent."

"As a principal in this district, I have felt my community's needs are respected, the needs of my students are respected and my professional and personal needs as an administrator are respected," said Frank Schofield. "I am glad I made the move to come from Logan to be in Canyons and work at Sunrise Elementary."

Throughout the meeting, Doty sat silent. He spoke to FOX 13 after the meeting, saying he felt "gratified" by the response.

"I've been charged with running a pretty complex organization," he said. "We have 33,000 students, we have 45 schools, we have five cities, we have 4,000 employees. There's no way I'd ever try, nor do I feel responsible for trying to make everybody happy. I'm trying to do what's best for our students."

Asked if he was a "bully," Doty replied: "Absolutely not."

"I work very hard to work with courtesy, with professionalism, with transparency with our employees," he said.

The superintendent said he did not feel an independent investigation was necessary, but would defer to the Canyons School Board. Doty did say he is open to constructive criticism.

"I don't take umbrage at the criticism. People have a right to do that and I know people probably view me differently," he told FOX 13. "So, certainly I'll take it under advisement. I'm always looking at ways I can improve my leadership and ways I can build confidence and support among our patrons and employees."

The Canyons' full statement regarding superintendent Doty can be read HERE.