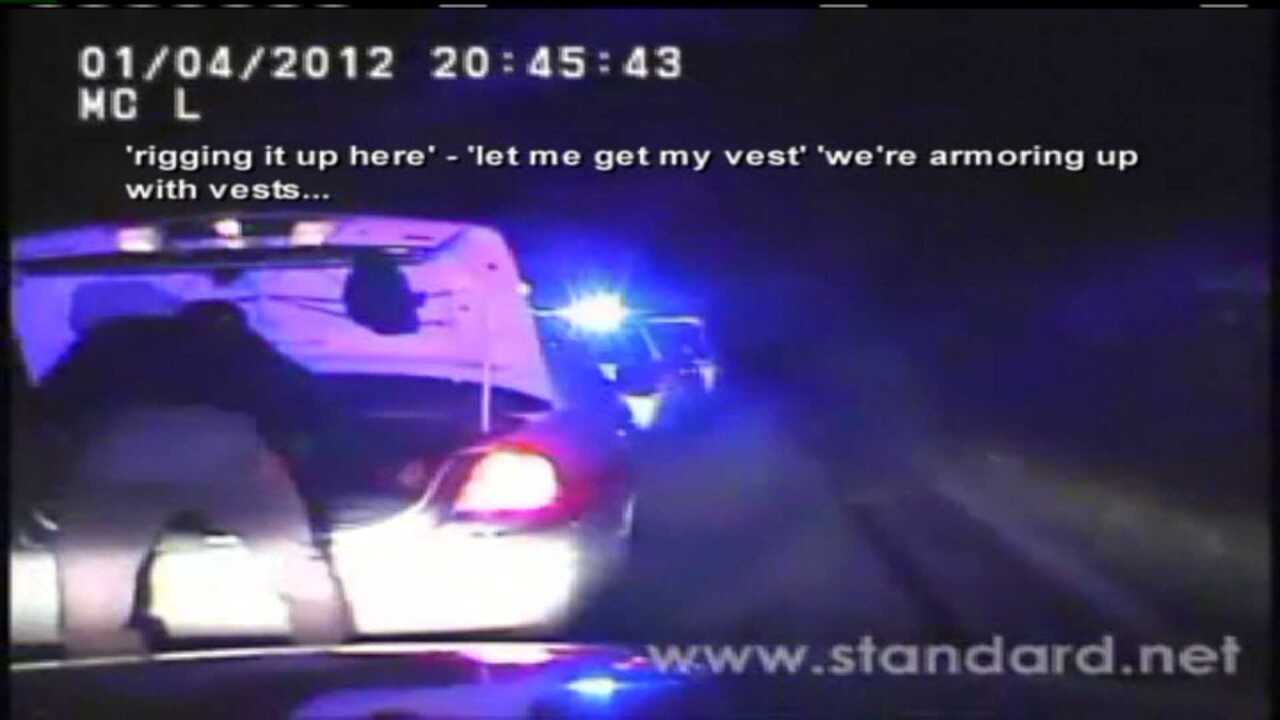 OGDEN — Another dramatic dash-cam video from the Ogden Police shooting was released on Tuesday.

The video shows a frantic scene as officers rush back to their cars to grab as many protective vests as they can. FOX 13 news was told, while also heard on the recording, the officers were planning to put the vests around a squad car so they could drive up to suspect, Mathew Stewart’s, house and get the wounded officers out. Before they can get the car rigged, they find out all the wounded officers are out.

The video can be seen from Standard.net: CLICK HERE

FOX 13 also learned that at the time of the shooting Ogden officers were not required to wear protective vests. The rule changed last month when the department received a federal grant that included a mandate for officers to wear their vests when on duty.