The Church of Jesus Christ of Latter-day Saints issued a statement saying that the fire started in a backup power supply cabinet in an electrical control room directly above the pulpit in the main auditorium.

While the building’s sprinkler system put out the flames before fire crews arrived, there was difficulty getting the water turned off.

Thousands of gallons accumulated in the area in front of the pulpit. That water has been removed and the seats and carpets are being dried.

The actual cause of the fire is still under investigation. (Read backstory here) 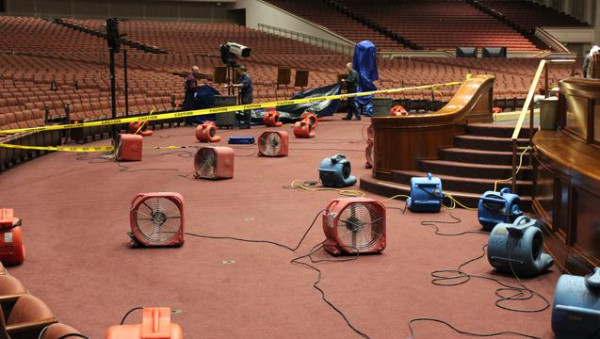