1000s participate in ShakeOut drill at University of Utah 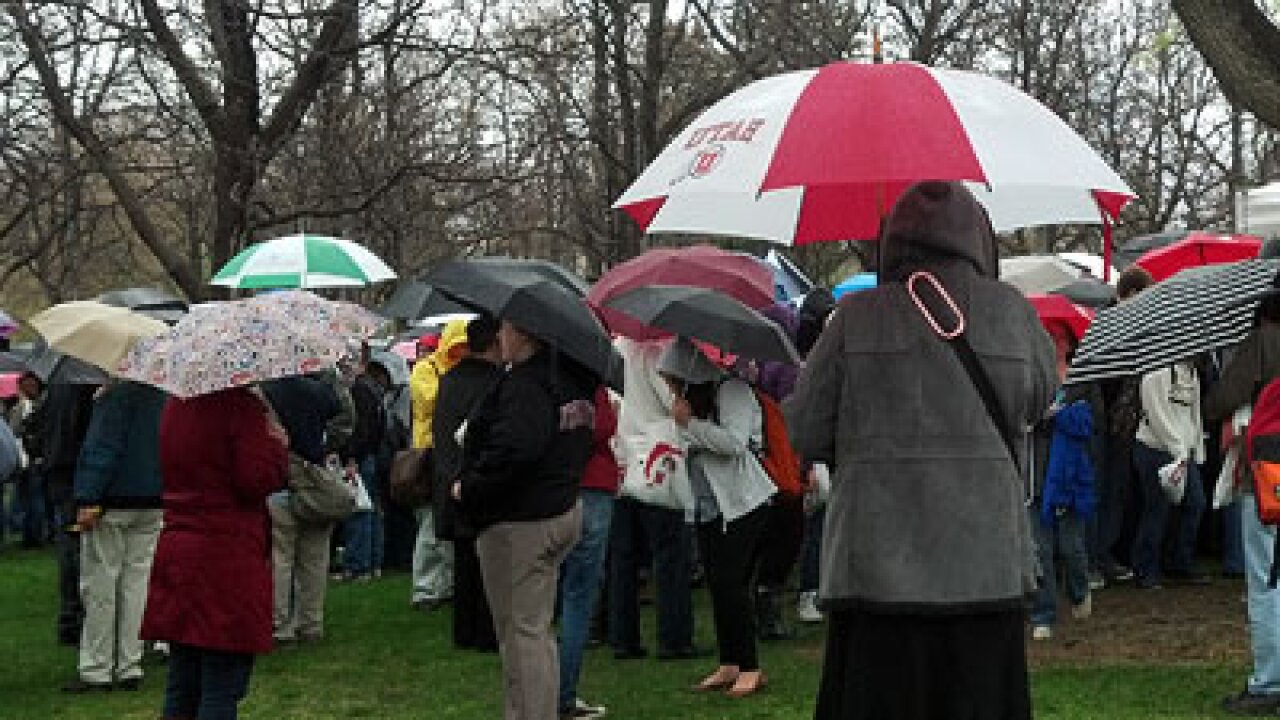 SALT LAKE CITY -- An estimated 40,000 students participated at the University of Utah's emergency evacuation Tuesday during the statewide earthquake drill.

The students endured the soggy weather when they emptied out of buildings and into the President's Circle and other areas on the University of Utah campus as part of the Great Utah ShakeOut drill.

"It's not everyday that you get to hide under your desk and be a little late to your next class," says student Stephen Duran.

Students and faculty at the university joked about evacuating in the rain. But many say they see the practical value of the drill.

"It kind of gives you an idea where people are going to go, which way to exit, which way to go down, where to head to," said Duran.

Nine evacuation spots were set up throughout the campus where students could get information about earthquake preparedness.

"I was just telling them why this spot was chosen, 72 hour survival kits, things they might want to add to that survival kit, in case of an emergency if they weren't prepared for themselves," says psychology counselor Jake Van Epps who gave students information about emergency preparedness during the drill.

The school did offer an incentive to get students to participate, including tickets for a drawing to win an iPad.

Students and faculty headed back to class once the all clear was given. Emergency coordinators remained in the drill after the students did their part. They were expected to wrap up Tuesday night, then go all day Wednesday and finish with a debriefing on Thursday with President David Pershing.