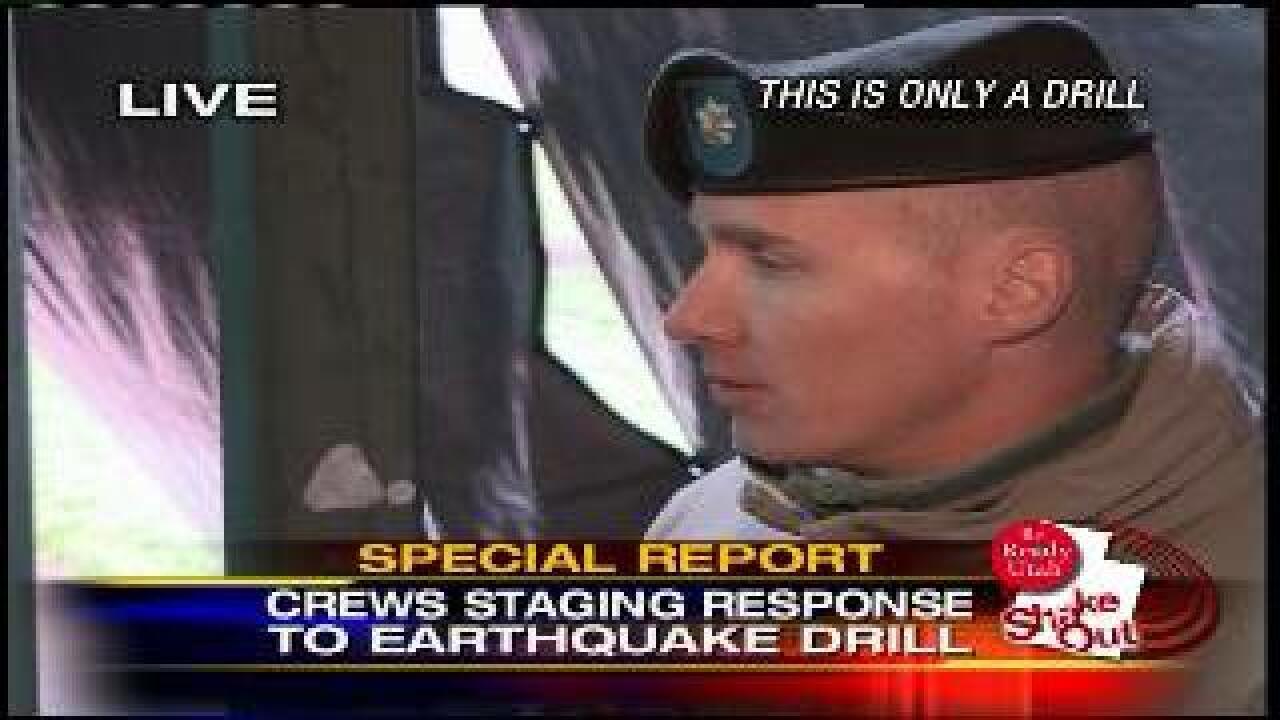 The Utah National Guard is set up at Sugar House Park for the Great Utah ShakeOut drill on Tuesday.

Major Peters said the weather does provide an extra challenge.  At Sugar House Park, the National Guard is making sure communication is open and different emergency teams are able to work together.

The Great Utah ShakeOut is a program designed to help residents be prepared should a massive earthquake hit the Wasatch Front.

The National Guard is facing some challenges due to the wet weather on Tuesday.

"The weather coming in like it did is messing up our shots to the satellite and some of your normal radio traffic," said Major Mike Silver, Utah National Guard.  "We are working through those... It's just a little bit slower than normal."

Major Silver said the exercise is a great start in being able to respond to any emergency or hazard in the future.

According to studies by FEMA and the Utah Geological Survey, it’s not a matter of if it happens but when.

The drill began at 10:15 a.m. on Tuesday, with a hypothetical 7.0 magnitude earthquake.