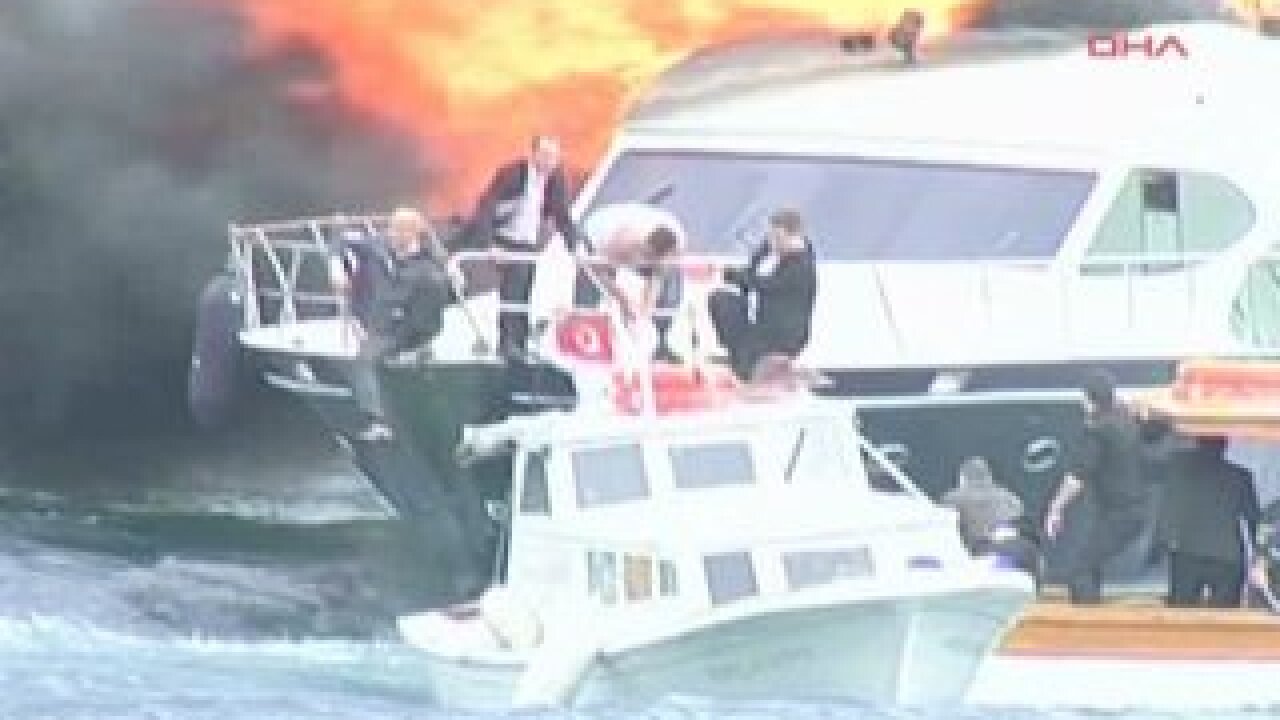 A small boat off the coast of Turkey caught fire and winds fanned the flames into an uproar. Nearby boaters were able to rescue everyone on board, but the boat was destroyed.

An elderly woman accidentally drove her Camry through the window of a Palm Coast, Florida, grocery store.

An 83-year-old man suffered serious injuries. The car hit a baby stroller, but the 3-month-old child inside only suffered minor injuries.

Police in Portland have released surveillance video of a "flash mob robbery."

The footage shows about 10 teenagers running into a Nordstrom store, grabbing a bunch of items, then running out.

Officers checking the area were able to find some of the items, but no arrests have been made.

As a form of protest, a man removed all his clothing while in the security checkpoint of the Portland airport.

John Brennan, from Portland, said he stripped naked as a protest against TSA screeners he felt were harassing him. He was arrested on charges of disorderly conduct and indecent exposure.