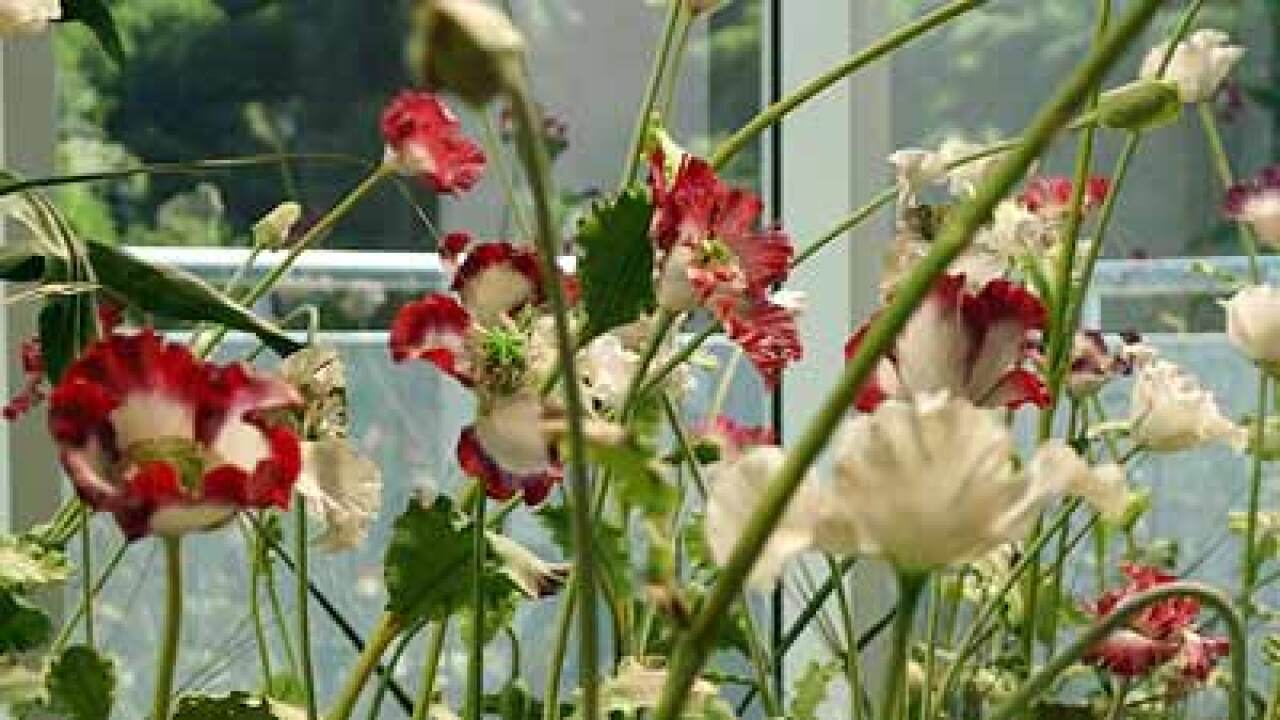 Poppy flowers photographed in The Hall of Opium in Chiang Rai, Thailand.

By Elizabeth Landau
(CNN) — About 20 million people are using the drug opium or one of its derivatives. A new study suggests new reasons for viewing this as problematic.

Research in the British Medical Journal finds strong connections between people using opium and conditions such as cancer, circulatory diseases and respiratory conditions.

“Long term recreational opioid use, even at relatively modest levels, causes important increases in death from multiple different causes,” said study co-author Paul Brennan, head of the Section of Genetics at the International Agency for Research on Cancer in Lyon, France.

Although this study focused on opium for recreational purposes, the research also has significant implications for medicinal uses of opium-derived painkillers – such as morphine and codeine, Irfan Dhalla, assistant professor at St. Michael’s Hospital in Toronto, wrote in an accompanying editorial.

Dhalla points out that a separate study in the United States on osteoarthritis patients found a nearly two-fold mortality increase among those who used opioids compared to those who took non-steroidal anti-inflammatory drugs. Other research supports the conclusion that there’s a risk apart from the chance of accidental overdose.

These risks are still not entirely understood, and more research is needed to determine exactly what’s going on here.

“For the management of chronic non-cancer pain, a better prescription may be caution,” Dhalla writes.

The authors used information from more than 50,000 people in northeastern Iran, who enrolled in the study between January 2004 and June 2008. At the time they entered the study, participants’ ages ranged from 40 to 75. Researchers recorded opium use and other factors, and followed most of these people until May 2011.

Researchers adjusted for variables such as poverty and cigarette smoking, which could have otherwise influenced the health outcomes of the participants. They still found an 86% increased likelihood of death from major causes among people who used opium.

The study’s design – observing patient’s outcomes but not randomly assigning them to use opium or not – cannot prove that opium causes the death risk.

But the authors were unable to find any alternative explanation. The effects were similar in men and women, in smokers and non-smokers, and in people who live in urban and rural communities. Taking opium orally and smoking it both carried similar risks.

Also, most users who participated in this study did not begin taking opium because of a pre-existing illness, Brennan said.