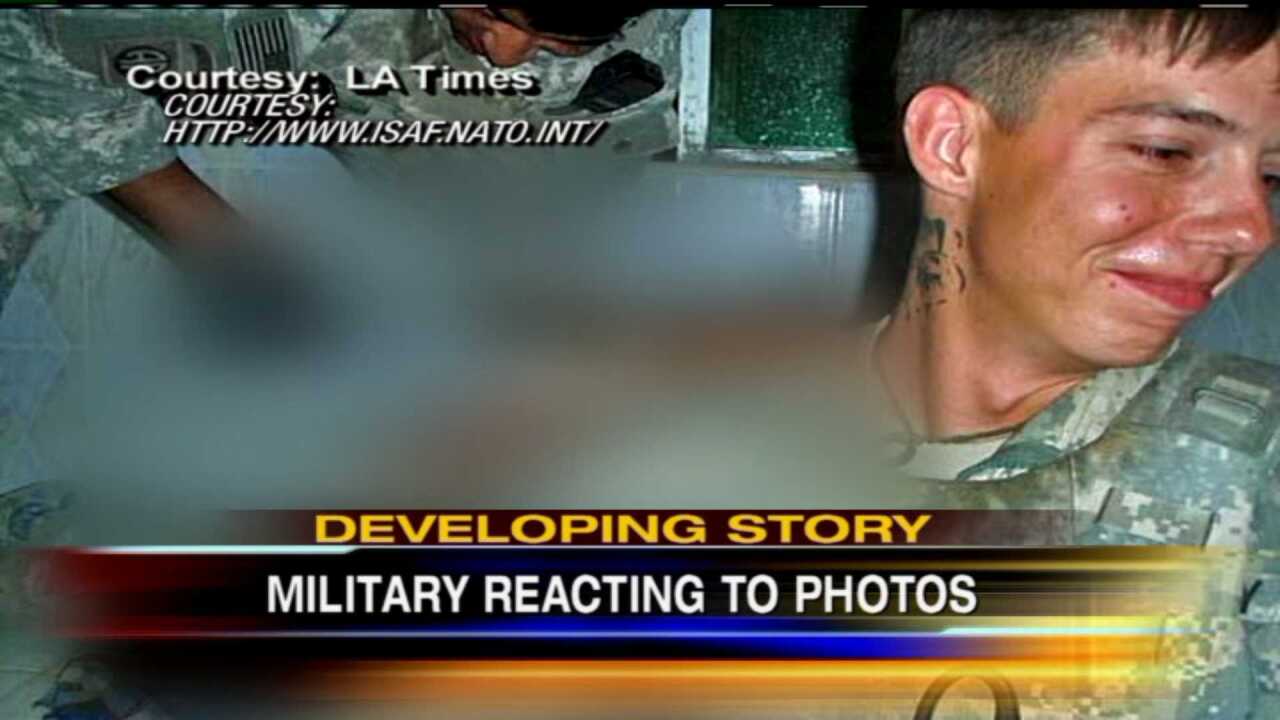 By the CNN Wire Staff
(CNN) — A slew of officials from NATO’s International Security Assistance Force in Afghanistan and the U.S. military issued strong condemnations Wednesday as a newspaper was set to publish photos of U.S. troops posing with the bodies of suicide bombers.

The incident, which took place in 2010, “represents a serious error in judgment by several soldiers who have acted out of ignorance and unfamiliarity with U.S. Army values,” ISAF said in the statement. Gen. John Allen, the ISAF commander, “strongly condemned” the photos, which were set to be published by the Los Angeles Times at 8 a.m. ET.

It is the latest in a string of incidents that have plagued the U.S. military in Afghanistan this year.

U.S. Defense Secretary Leon Panetta was among those condemning the photos Wednesday.

“These images by no means represent the values or professionalism of the vast majority of U.S. troops serving in Afghanistan today,” added Pentagon spokesman George Little.

“An investigation that could lead to disciplinary measures is under way. Anyone found responsible for this inhuman conduct will be held accountable in accordance with our military justice system.”

“The secretary is also disappointed that despite our request not to publish these photographs, the Los Angeles Times went ahead. The danger is that this material could be used by the enemy to incite violence against U.S. and Afghan service members in Afghanistan,” Little’s statement added. “U.S. forces in the country are taking security measures to guard against it.”

Lt. Col. Jimmie Cummings, an ISAF spokesman, said the Los Angeles Times tipped off military officials to the photos in March, triggering an investigation. Cummings did not say where the photos were taken or how many people are under investigation.

It was not immediately clear whether the photos stem from a previously unknown incident.

“Such actions are morally repugnant, dishonor the sacrifices of hundreds of thousands of U.S. soldiers and civilians who have served with distinction in Afghanistan, and do not represent the core values of the United States or our military,” the U.S. Embassy in Kabul said in a statement.

In January, a video posted on a website showed four U.S. Marines urinating on enemy corpses.

In February, ISAF personnel at Bagram Air Base improperly disposed of Islamic religious materials, including Qurans, in what U.S. officials described as an unintentional error.

Army Staff Sgt. Robert Bales allegedly left a remote outpost in Kandahar province’s Panjwai district in March and went house-to-house, gunning down villagers. He has been charged with 17 murders in the shooting rampage.

Perhaps the most notorious incident involving photos of U.S. troops over the past decade took place in Iraq in 2004. Images of U.S. military personnel abusing naked and restrained prisoners in the facility outside Baghdad shocked the world.