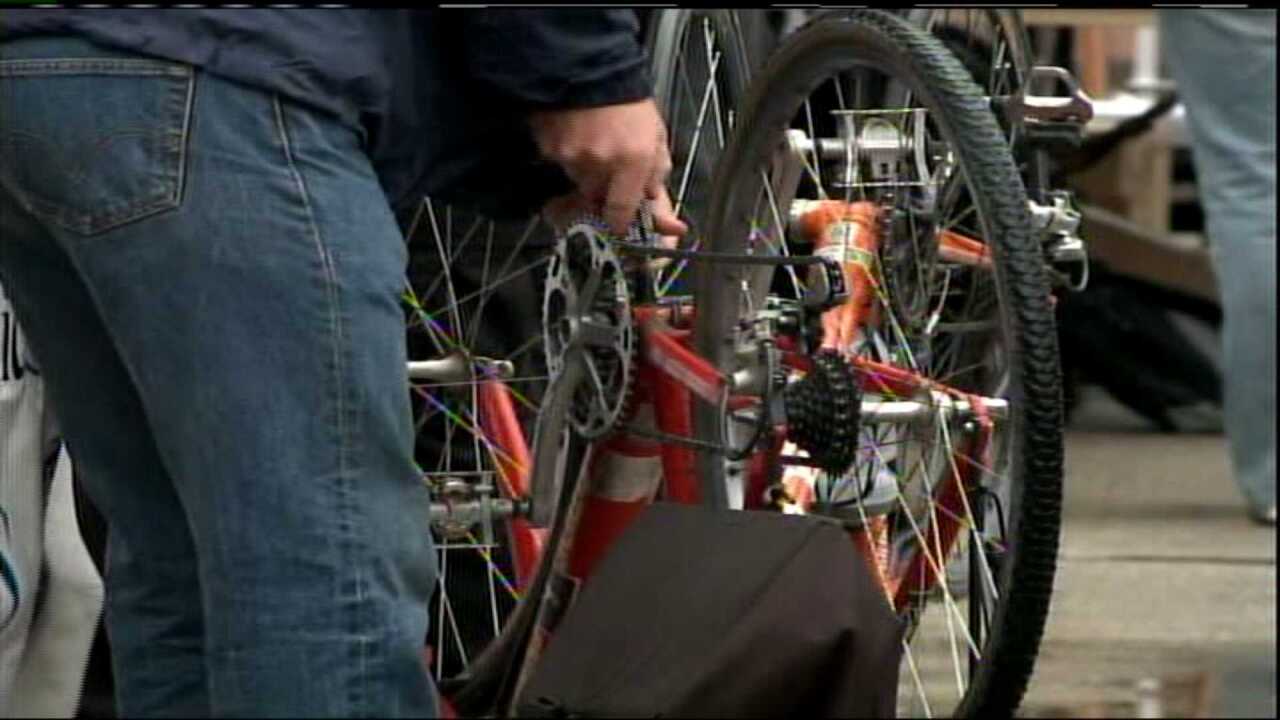 A new bicycle master plan was unveiled at the University of Utah on Thursday.

The university believes they are in line with other schools across the country when it comes to having a biker friendly campus.  Recently added bike paths are helping people navigate their way around campus, but there are still some challenges.  They plan to build several more paths across the campus as part of their new bicycle master plan.

In addition to installing bicycle paths, they have installed short-term bike racks across campus and plan to add more.  They are also looking into long-term bike racks so students can park their bikes overnight safely.

Director of The Office of Sustainability Myron Wilson said they are trying to lessen the impact on neighborhoods by creating the network of bike paths.

"So that the simplest thing to do is [...] hop on a bike and [you] can get there quite easily rather than driving around the perimeter of campus in the car," said Wilson.

Planners said most students are dealing with rising tuition costs and fuel prices and with few parking spaces on campus, they believe biking is the best mode of transportation.

A lot of work is still being put in to the plan and it remains fluid and may change based on the number of bike riders they have every semester.

Planners said with the improvements already made and the upcoming plans, they believe more students will be inclined to bike around campus.