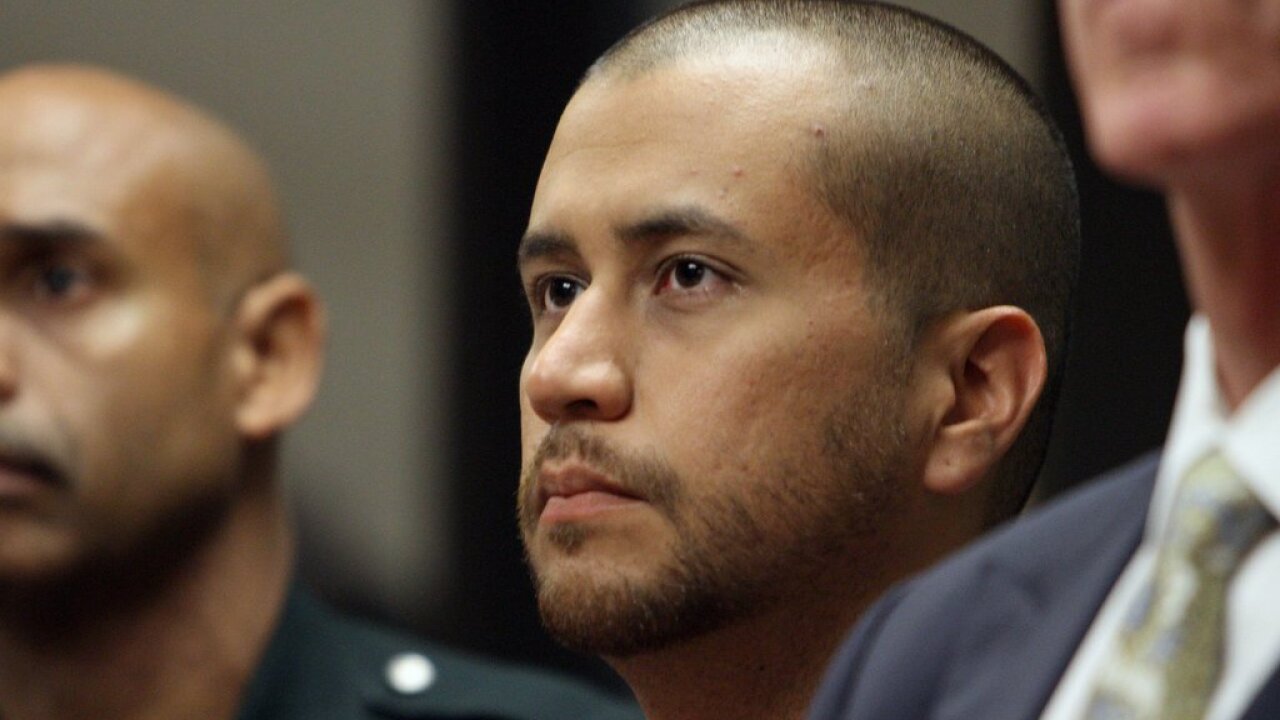 Zimmerman made his first court appearance on Thursday April 12, 2012 in Seminole County, Florida. He is charged with the murder of 17-yr-old Trayvon Martin.

(CNN) — George Zimmerman apologized Friday to the family of Trayvon Martin, the unarmed African-American teen that he shot in a confrontation that riveted a nation and sparked intense discussions about race, racial profiling and gun laws.

Zimmerman spoke moments before a Florida judge set a $150,000 bond that will let him get out of jail while he awaits trial.

“I wanted to say I am sorry for the loss of your son,” Zimmerman said in an unusual appeal directly to Martin’s family before he testified. “I thought he was a little bit younger than I was, and I did not know if he was armed or not.”

Zimmerman’s attorney, Mark O’Mara, said after the hearing that his client was responding to an interview in which Martin’s mother, Sybrina Fulton, said she wanted to hear from the man who shot her son.

Attorneys for Martin’s family, however, called the apology self-serving by a man facing a life prison sentence if convicted of the second-degree murder charge against him.

“This was the most disingenuous, insulting thing I’ve ever seen,” said Martin family attorney Natalie Jackson.

Prosecutors had asked that Zimmerman remain in jail without bond or that Judge Kenneth R. Lester Jr. set bond at $1 million — an amount O’Mara said the family would be unable to handle.

Assistant State Attorney Bernie de la Rionda said Zimmerman’s prior run-ins with a police officer and a woman who named him in a domestic violence injunction show that he is violent and a threat to the community.

Lester, however, described the incidents as “run of the mill” and “somewhat mild” in approving O’Mara’s request for bond.

With the 10% cash payment customarily made to secure bond, Zimmerman could be freed with $15,000 from his family, attorneys said.

He will likely remain in jail for at least a couple of days while his attorneys and authorities work out terms of his release, which also include electronic monitoring and other restrictions, O’Mara said.

The judge told O’Mara to talk to authorities about his request to allow Zimmerman to leave Florida while awaiting trial. O’Mara said he is concerned about threats to Zimmerman’s safety as well as that of his family.

De la Rionda said no decision has been made on whether to allow Zimmerman to leave the state.

The decision to grant Zimmerman bond followed a hearing in which his wife and parents testified that he was a caring, nonviolent man who organized a campaign on behalf of a homeless man who had been beaten and mentored an African-American boy for two years.

She said he helped organize a campaign to “get justice” for a homeless man who had been beaten in Sanford, Florida, where he lived and where the shooting of Martin took place.

He also ventured into a dangerous Orlando neighborhood twice a week to mentor a 14-year-old African-American boy, his mother said. She testified that she begged him not to go because of the danger.

Zimmerman’s father, Robert Zimmerman Sr., testified that his son is not a violent man despite previous incidents discussed by de la Rionda during the hearing, including a scuffle with a police officer and a dispute with a woman.

“I’ve never known him to be violent at all unless he was provoked, and then he would turn the other cheek,” Robert Zimmerman testified.

According to authorities, Zimmerman has said he killed Martin in self-defense after the teenager accosted him, knocking him to the ground and bashing his head against the concrete.

Zimmerman’s father testified Friday that when he saw his son the day after Martin’s shooting, he was wearing a protective cover over his nose, his face was swollen and he had two vertical gashes on his head. He also reportedly suffered a broken nose.

Martin’s family and the special prosecutor appointed to investigate the case have rejected that argument, saying they believe Zimmerman disobeyed the instructions of a police dispatcher to stop following Martin, racially profiled him and unjustly killed him.

Although details of the shooting remain murky, what is known is that Martin ventured out from the home of his father’s fiancee in Sanford and went to a nearby convenience store, where he bought a bag of Skittles and an Arizona Iced Tea.

On his way back, he had a confrontation with Zimmerman, who shot him.

Zimmerman had called 911 to complain about a suspicious person in the neighborhood, according to authorities.

In the call, Zimmerman said he was following Martin after the teen started to run, prompting the dispatcher to tell him, “We don’t need you to do that.” Zimmerman pursued Martin anyway but then said he lost sight of him.

According to an Orlando Sentinel story later confirmed by Sanford police, Zimmerman told authorities that after he briefly lost track of Martin, the teen approached him. After the two exchanged words, Zimmerman said, he reached for his cell phone, and then Martin punched him in the nose. Zimmerman said Martin pinned him to the ground and began slamming his head onto the sidewalk, leading to the shooting

Police have said Zimmerman was not immediately charged because there was no evidence to disprove his account that he had acted in self-defense. A police report indicated he was bleeding from the nose and the back of his head.

In Friday’s hearing, an investigator for special prosecutor Angela Corey’s office said authorities have no evidence showing who started the altercation that led to Martin’s death.

“Do I know? No,” investigator Dale Gilbreath said when asked if he knew who started the fight.

He said wounds on the back of Zimmerman’s head were consistent with his skull being struck with something harder than his skull, and said under questioning from O’Mara that the object could have been a concrete sidewalk.

But he said evidence in the case is not consistent with Zimmerman’s account that he was able to move away from the sidewalk just before being shot.

Martin was shot once in the chest at close range, Gilbreath said.

De la Rionda declined to comment on most of Friday’s proceedings, including Zimmerman’s testimony. But he said there’s more to come when the case comes to trial.

“We obviously have evidence we feel we can go forward with,” he said. “We did not put our entire case on today.”

He declined to address Zimmerman’s apology, which O’Mara said after the hearing that his client had tried to make in private but was rebuffed.

Natalie Jackson told CNN legal analyst Sunny Hostin on Thursday that O’Mara called to set up a private meeting between Zimmerman and the Martin family. The family declined, Jackson said, indicating they want Zimmerman instead to give a deposition on what happened the night Martin was shot.

Crump said Martin’s father, Tracy Martin, weeped through much of the hearing, and the family was distraught at the prospect of Zimmerman being able to reunite with his family.

“They pray that his freedom is only temporary because the pain he has caused this family is going to be permanent,” Crump said.