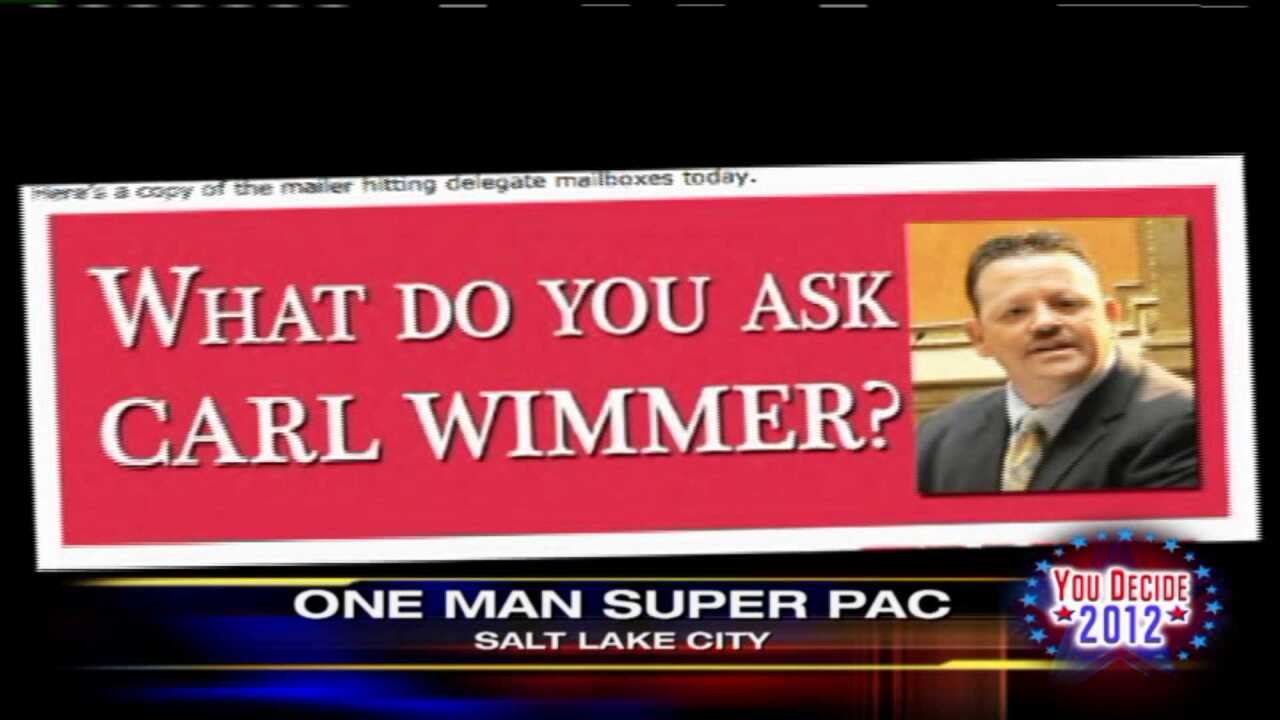 SALT LAKE CITY -- Some groups based outside of Utah have spent hundreds of thousands of dollars to sway Utah voters as part of the new culture of so-called super PACs.  But it is a one-man operation called the Ute PAC that is causing a stir the night before the Republican state convention.

With just one donor and one mailer thus far, Ute PAC is hardly super, but that mailer seems to have packed a punch.

It is a mailer asking six questions, five suggesting that 4th District congressional candidate Carl Wimmer doesn't conduct his businesses in the open -- another question asking why he left police departments in West Valley City and South Jordan.

Wimmer’s campaign manager declined an interview with FOX 13, but did say the following via Twitter: "The delegates are far too intelligent to fall for this type of campaigning from some faceless, shadowy PAC. Delegates are tired of PAC's trying to make decisions for them here in Utah."

Ute PAC spokesperson Dimitri Moumoulidis says influence on Utah state representatives is too strong from our of state sources.

“You have all this influence from these groups in Washington D.C. like Freedom Works, Club for Growth, that have been funding pretty much all of Carl Wimmer's campaign.  They do not care what happens to the people in this state," said Moumoulidis.

Federal filings do list the Washington D.C. based conservative club for growth as Wimmmer's biggest donor by far. As for the Tea Party funders Freedomworks, Ann Ford is a member of that group. She also supports Wimmer and she is a state delegate who first told us about this mailer because she was angry.

Wimmer is not the only one getting big bucks from out of state. His opponent Mia Love has $17,500 dollars from four political action committees in Virginia, Florida and California.