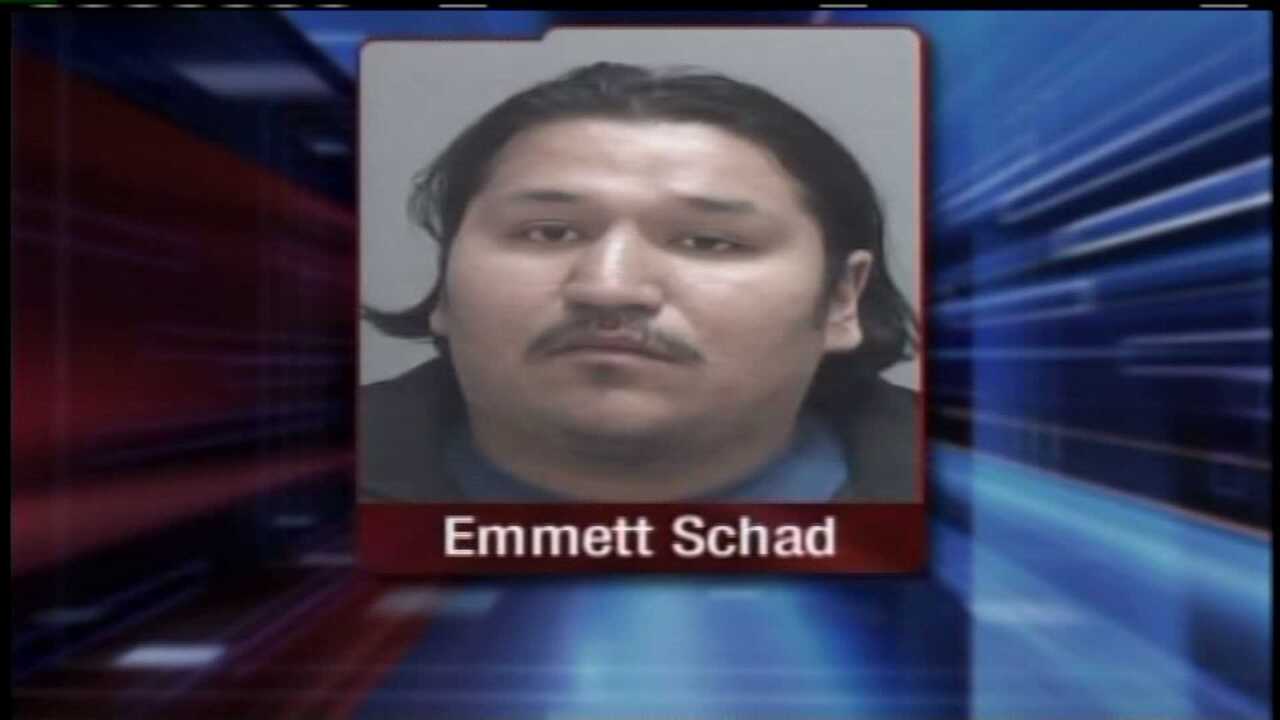 SALT LAKE CITY -- One of the suspects was sentenced Friday in the murder of Emmet Schad, whose body was found last July on a downtown TRAX platform.

Robert Wallace, 46, confessed in taking part of the physical assault of Schad last summer. Wallace was one of the two men who prosecutors say stabbed Schad over a bottle of vodka.

It has been a difficult year for Schad's mother Elanor Ironlightning, starting with the murder of her son, then charges being dropped against Moses Geng, the other man arrested in the case. And after the sentencing Friday and pleading guilty to reduced charges in Schad's murder, Wallace denied the whole thing in the end. Schad's mother says it definitely added insult to injury.

"It just makes me cry just to see him," says Ironlightning. "Just to look at him it makes me cry knowing he had something to do with taking my son's life."

Three weeks after the crime, homicide detectives arrested Geng and Wallace. It was the security camera footage near the EnergySolutions Arena from July 7 that led police to make the arrests.

“And they are both seen, on video, walking away from the stabbing together,” said Salt Lake Police Det. Cary Wichmann.

Wallace soon confessed to the crime when police caught up with him. He told officers he and Geng had been looking for Schad and found him at the TRAX station and that's where "Moses stabbed the victim."

But the case against Geng began to crumble and last month the charges against him were dismissed, while charges against Wallace were reduced from first-degree murder to third-degree homicide by assault.

"I had to hope for the max of what they could give Robert Wallace today and I believe they did," said Ironlightning.

Wallace was sent back to prison for violating his probation, which could mean up to five years. After that, Wallace will begin another zero to five year sentence for taking part in Schad's death. But just before he was taken away, Wallace told the court he had nothing to do with the murder and he only confessed to police because he felt that was what they wanted to hear.