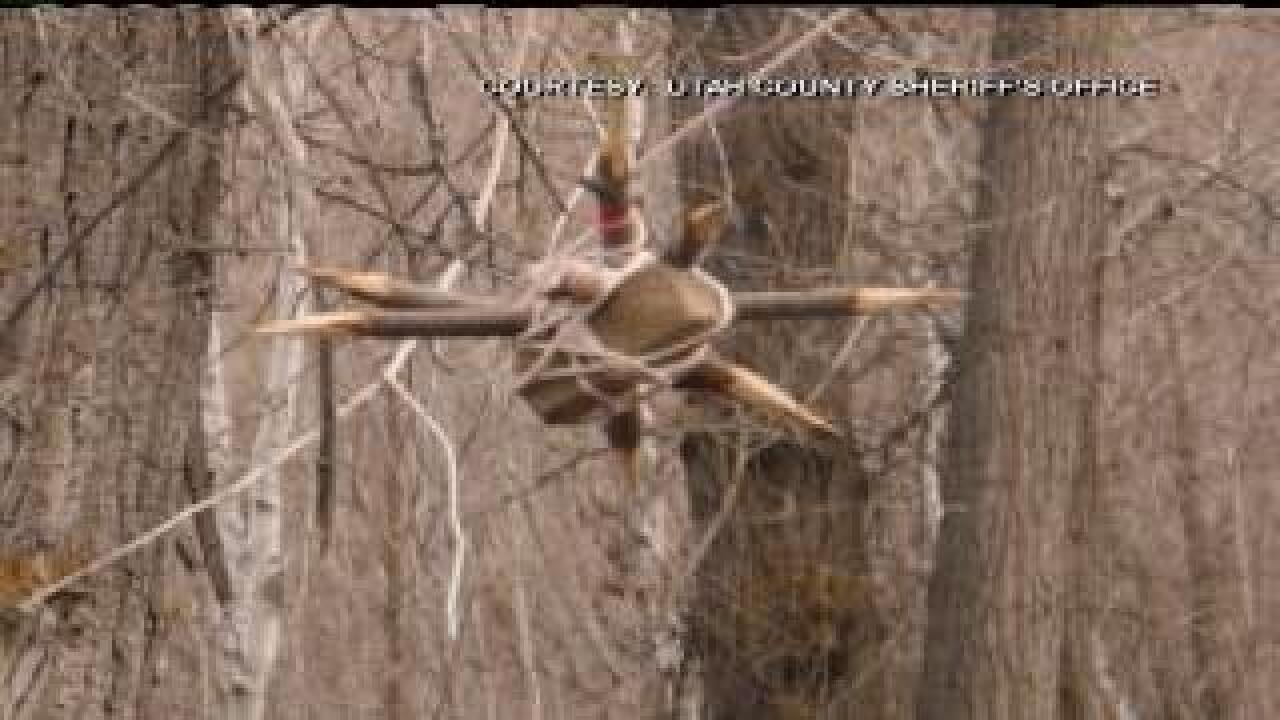 Law enforcement found the traps early last week before anyone tripped them or got hurt.  They were set at a spot commonly called The Fort, which is frequently used by families and college students.

The traps were set along Big Springs trail, a popular spot for hiking in Provo Canyon.

"That could have been us, you know, we could have gotten hurt, for no reason," said Nick Hammerstad, a hiker.

On April 16, a U.S. Forest Service Officer was doing routine patrols through the area when he came across the traps.

"In the daylight [hikers] might not have thought anything of it until they had been injured by the devices," said Sgt. Spencer Cannon.

The devices were designed to trip when a person entered The Fort.  One of the traps would have released a spiked ball and another would have caused a person to fall onto sharpened sticks pointing up from the ground.

"That would kill people, easily, easily kill people," said hiker Emily Hammerstad.  "It's just awful and sickening that people would do that kind of thing."

"We hope that they learn a lesson from this. Our point isn't to get someone arrested," said Sgt. Cannon.  "Our point is to get someone to change the behavior and if this helps them to do that by going to jail, that's what we want."

Christensen and Rutkowski were booked on suspicion of reckless endangerment, but had the traps gone off and hurt someone, they would be facing felony charges.

Deputies said there was not any indication that these two were trying to protect anything or hide anything.  It appears to have been for fun.