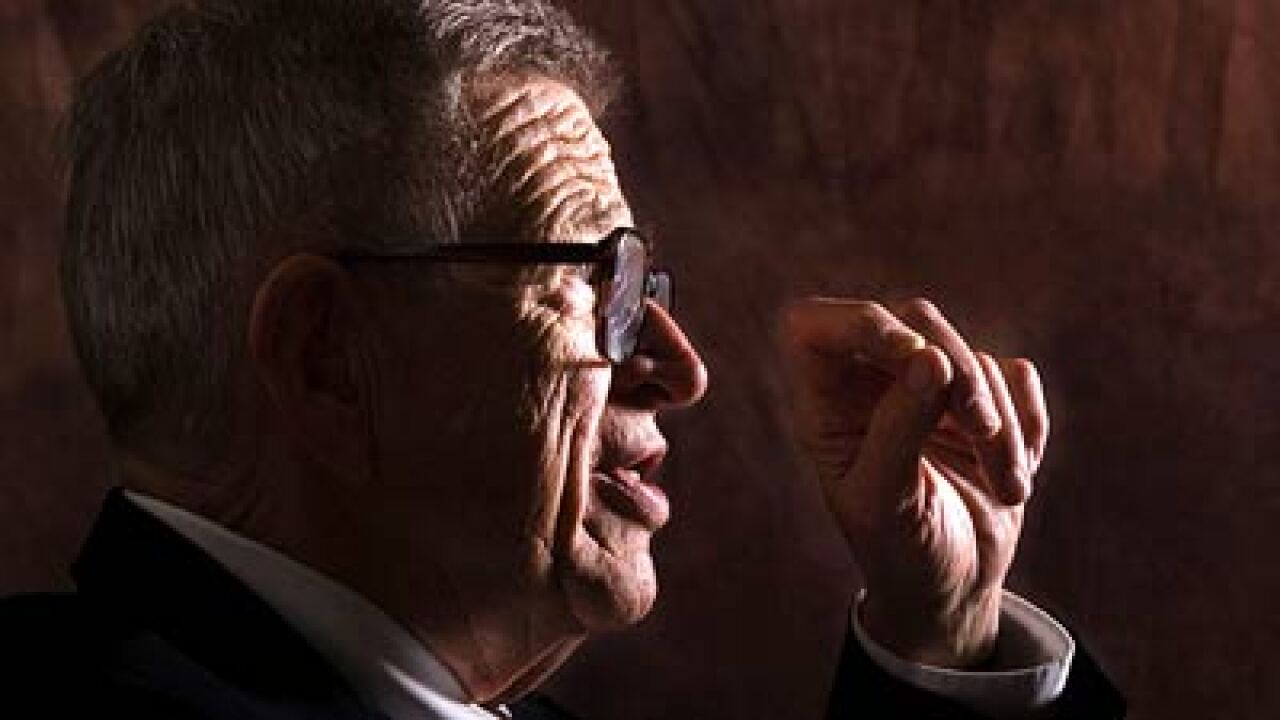 (CNN) — Chuck Colson, a Watergate-era “hatchet man” for President Richard Nixon who became an influential evangelical leader after serving time in prison, died Saturday afternoon, according to his website. He was 80.

His death came just over three weeks after he “was overcome by dizziness” while speaking at a conference and rushed to a northern Virginia hospital. Surgeons operated on him for two hours for a brain hemorrhage

“At times, Chuck showed encouraging indicators of a possible recovery, but his health took a decided turn, and he went to be with the Lord,” said the statement on his Website.

News of his death soon stirred tributes particularly from leaders in conservative circles and the evangelical community, with David Frum — a former special assistant to President George W. Bush and a CNN contributor — saying on Twitter that Colson made his “greatest impact when furthest from power.”

“Today the world lost a Christian statesman, a dedicated servant of prisoners and a powerful example of God’s ability to transform a life,” said Lamar Vest, president and CEO of the New York-based American Bible Society.

And Pat Buchanan, a conservative leader who called Colson “a tremendously good friend of mine” during their time together in the Nixon administration, called him “a real example of redemption.”

“I think his life is a model for people who got themselves into trouble,” Buchanan told CNN on Saturday after a panel at New York’s Columbia University.

Rick Santorum, a former U.S. senator from Pennsylvania who curried conservative support in his run for the 2012 Republican presidential nomination, described Colson as “a humble man who learned from his own frailty to care for the ‘least of these,’ especially prisoners.”

And Mitt Romney, who is expected to officially secure the GOP nod at this summer’s convention, offered his prayers to Coulson’s kin and “all the people he touched.”

“Chuck Colson embodied and made possible an immeasurable amount of good in the lives of the people, families and communities he served in bringing a message of faith and hope,” the former Massachusetts governor said in a statement.

Senate Minority Leader Mitch McConnell, R- Kentucky, described Colson’s story as “a constant and necessary reminder to those of us in and out of public office of the seductions of power and the rewards of service.”

“His famous redemption story and tireless advocacy on behalf of the marginalized and the outcast have called all of us to a deeper reflection on our lives and priorities,” McConnell said. “He lives on as a modern model of redemption and a permanent rebuttal to the cynical claim that there are no second chances in life.”

A former U.S. Marine captain, Colson was considered a main player in the Nixon White House’s dirty tricks during the rough-and-tumble politics of the Vietnam era in America.

Not tied directly to the June 17, 1972, break-in to Democratic National Committee offices in Washington’s Watergate complex, Colson was implicated in the broader political scandal and became the first Nixon aide to be convicted.

While indicted, he negotiated with prosecutors and pleaded guilty in 1974 to obstruction of justice for attempting to defame anti-war activist Daniel Ellsberg, who had leaked the once-secret Pentagon Papers that revealed the full extent of U.S. military involvement in Southeast Asia.

He served seven months in prison before being paroled in 1975.

As he prepared to leave, he promised fellow inmates that he would not forget them or his experience there, his official biography says.

Colson went on, in 1976, to found Prison Fellowship. The nonprofit group provides support for inmates in the form of in-prison Bible studies, mentoring programs and support for the children of prisoners.

Today, the organization calls itself “the world’s largest outreach to prisoners, ex-prisoners and their families,” with a presence in 113 countries.

Colson himself spoke out in a daily radio commentary called “BreakPoint,” which aired on stations nationwide.

And he also founded The Chuck Colson Center for Christian Worldview, which seeks “the transformation of believers as they apply biblical thinking to all of life” in part through offerings on “today’s news and trends via radio, interactive media, and print.

In 2008, Colson was awarded the Presidential Citizens Medal for “his good heart and his compassionate efforts to renew a spirit of purpose in the lives of countless individuals,” according to the White House website under then-President Bush.

According to his biography, Colson “admits he was guilty of political ‘dirty tricks” and willing to do almost anything for the cause of his president and his party.”

But he always denied a quote often attributed to him that he was willing to “walk over his own grandmother to get Nixon re-elected.”