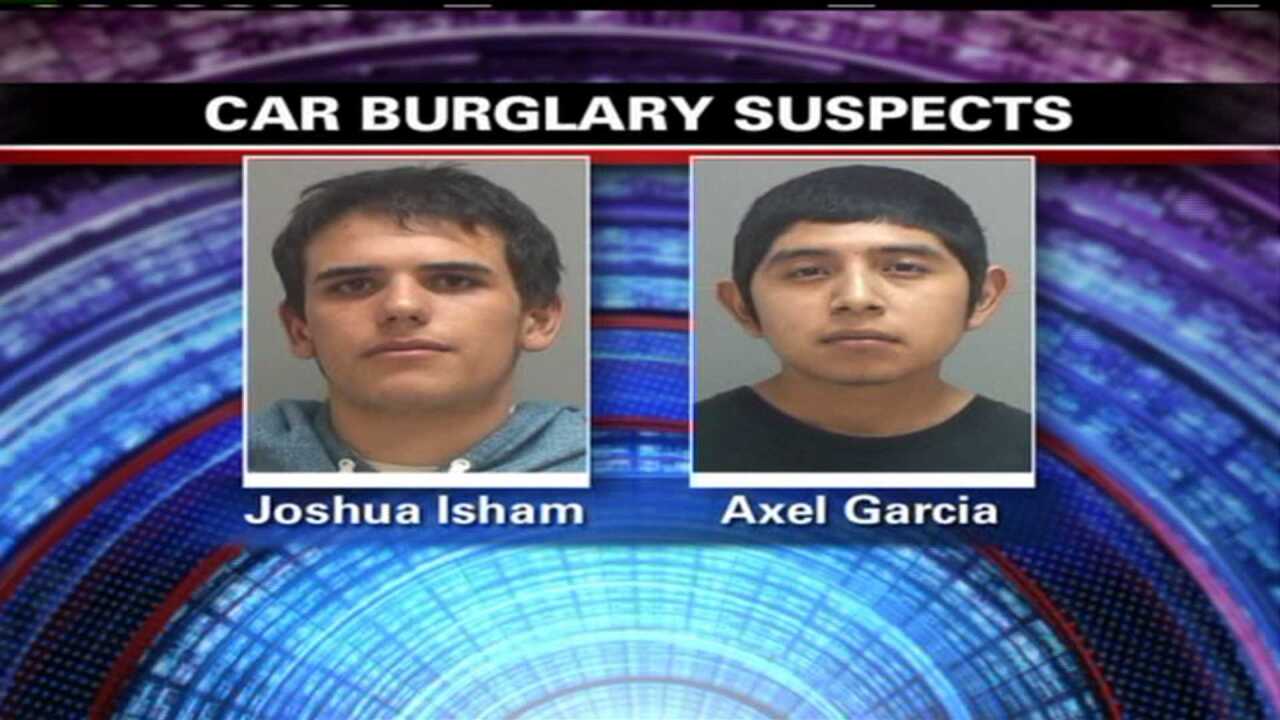 DRAPER — Police have arrested two suspects in connection to car burglaries after they tried using a credit card stolen from one of the vehicles.  Officers say they may be connected to more crimes as well.

Police said they found electronics, guns, and a stolen police badge from one of the cars that was burglarized in southern Salt Lake County.

FOX 13 viewers helped identify Joshua Isham and Axel Garcia as suspects in half a dozen car burglaries, according to Draper Police.

Surveillance video from a Maverik gas station shows them trying to use several stolen credit cards.

“Three were declined initially; the fourth one they presented was accepted. They may have had more. It’s just that one was accepted,” said Draper Police Sgt. Kurt Imig.

Based on viewer tips, police say they caught up with Isham and later Garcia. They recovered phones, iPods, and cameras among other stolen items.

Police believe drugs may have been the motive for these burglaries.

“By whatever means they have to support their habit, they will continue doing it. It’s unfortunate that the public at large is prey to these people,” said Imig.

Police said Isham has a history of car burglary and had warrants out for his arrest. Detectives are still sorting through evidence to see if it is connected to any other crimes.

Isham and Garcia were booked on seven counts of burglary.

Detectives are still investigating to see if the two are connected to ten other reported burglaries in the area.