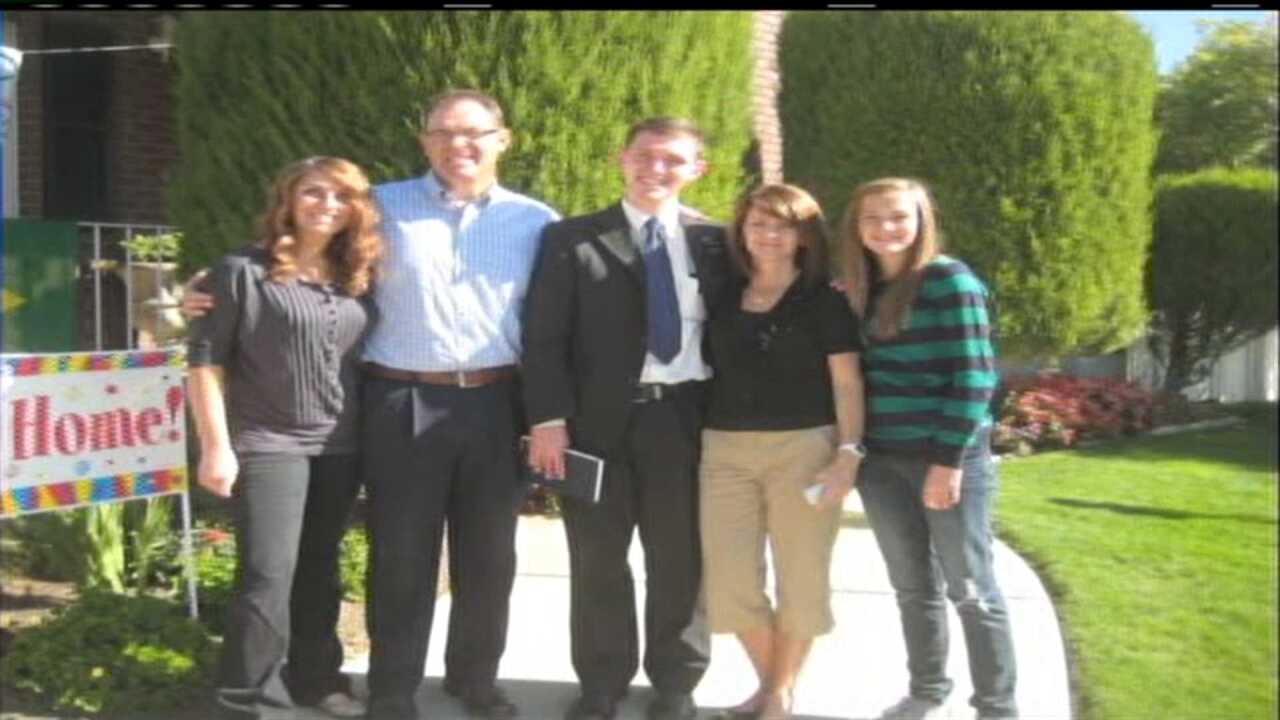 Mitchell Shaw, 46, has been serving as stake president of the Riverdale Stake for the past two years. News of his death spread quickly though the tight-knit community where he served as a religious leader among many members of the Church of Jesus Christ of Latter-day Saints. His life was cut short when a tractor crushed him while he was working alone Monday.

For the last two years, Shaw ran his own business of extracting minerals from ponds at Promontory Point. When he did not come home Monday night, worried family members went to the Box Elder property and discovered Shaw crushed under a Caterpillar-like front loader. They think he reached under the tractor's arm when hydraulics malfunctioned and Shaw was pulled underneath the machine.

“As he got closer and closer, he could see the image of his father hanging out of the front-loader,” Carrigan said weeping and unable to speak further.

Messages of love and sympathy were written in chalk on the sidewalk outside the Shaw's Riverdale home. Residents from the community also put white ribbons in the trees in remembrance of Shaw.

“Everyone in this community absolutely loves him because he was a giant of a man,” says the victim’s brother-in-law Shawn Carrigan.

Heather Jensen says family and area residents are extremely saddened of his passing.

Shaw leaves behind his wife, Heidi and three children.

"It's something we can never prepare for, it's something where we have a huge loss and we're going to miss him, greatly. Because he was the centerpiece of our family," said Shawn Carrigan.

Family members are still working on funeral plans, but say that it will most likely take place Saturday.