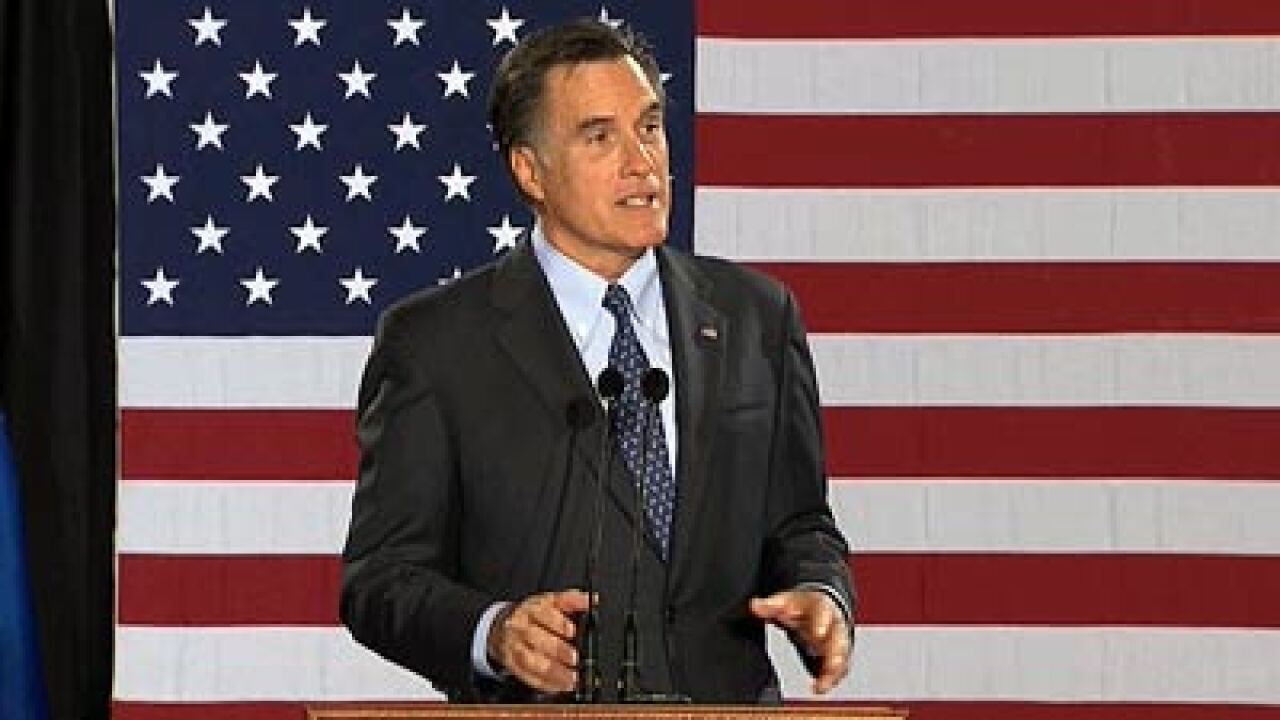 It’s the biggest day of Republican primary voting since Super Tuesday back on March 6.

But when five states hold contests Tuesday, the only drama left appears to be the size of the margins of victory for all-but-certain GOP presidential nominee Mitt Romney.

“This is the last day before the primary in a number of states and we’re campaigning today to encourage people to get out and vote. We’d like to get the delegates here in Pennsylvania and the other states, of course, and be on my way to becoming the nominee,” Romney said Monday at a campaign rally near Philadelphia.

While he continues to campaign in primary states along the road to the nomination, Romney now has his eyes on a larger prize: the White House. Of the five states voting Tuesday, Pennsylvania is the only one where Romney could be competitive in November’s general election against President Barack Obama.

“I’d like you to go out and vote in your primary and give me your support and show that we’re ready and willing to take on President Obama and then I want you to work over the summer to get your friends to think about voting,” Romney said earlier Monday, at a campaign event near Pittsburgh. “I need your help for November 6. So you need to get your friends to vote. You need to pull them out.”

Far ahead of the field in the battle for delegates, Romney became the presumptive nominee April 10 after his closest rival, former Sen. Rick Santorum of Pennsylvania, suspended his campaign. Even though former House Speaker Newt Gingrich and Rep. Ron Paul of Texas continue their long-shot bids for the White House, the party appears to be consolidating around Romney.

According to a CNN estimate, Romney has 695 of the 1,144 delegates needed to clinch the nomination, with Santorum holding 273 delegates, Gingrich with 141 and Paul with 72.

Gingrich told NBC on Monday that he would “reassess” his campaign depending on how he finishes in Delaware, a winner-take-all state in which he has campaigned for several weeks.

“I think we need to take a deep look at what we are doing,” Gingrich told NBC. “We will be in North Carolina tomorrow night and we will look and see what the results are.”

Gingrich had previously said he would stay in the race until Romney reaches 1,144. Paul told CNBC Monday that he won’t step aside even if Romney soon clinches the nomination.

“If tomorrow, Romney had the absolute number, I would probably continue in a modified way to maximize the number of delegates to go to the convention,” Paul said on “Squawk Box,” adding that his supporters insist he stay in the running.

“What is remarkable is how much this race has changed now that it has become a general election contest between Mitt Romney and President Obama,” Republican strategist and CNN contributor Alex Castellanos said. “The pathetically small GOP contest has been left behind.”

“It has been replaced by a much larger election about two dramatically different views about what kind of country we are going to be and whether fairness or growth is our biggest problem,” added Castellanos, who was a top media adviser for Romney’s 2008 nomination bid but who is not taking sides this cycle.

Even if he were to win all 204 delegates up for grabs Tuesday, Romney won’t have enough to formally clinch the nomination. That will most likely happen in May.

Romney will spend primary night in New Hampshire, the state that traditionally holds the first-in-the-nation primary. After narrowly edging out Santorum in the Iowa caucuses — a result that was later modified to give Santorum the win — Romney won big in New Hampshire, which also is a crucial general election battleground state that both Democrats and Republicans will contest heavily.

Romney, who was governor of neighboring Massachusetts and who owns a vacation home in the Granite State, announced his presidential exploratory committee with a video from New Hampshire in April of last year and formally announced his campaign at an event in the state last June.

“Tuesday will mark the semi-official end of the primary campaign and Romney will become the presumptive nominee. The campaign will come full circle in New Hampshire,” said a Romney campaign official who declined to be identified discussing campaign details.

“The RNC has done some amazing work to prepare the entire operation for a presumptive nominee. It will be clear this week that we have a presumptive nominee, so it’s imperative some first steps be taken in order to synchronize operations so that all Republicans are working together and focused on winning the general election in November,” a Romney adviser told CNN.

As for drama, there’s still one very important contest to come.

“There is only one primary left — the VP primary — and Mitt Romney has the only vote,” Castellanos said.