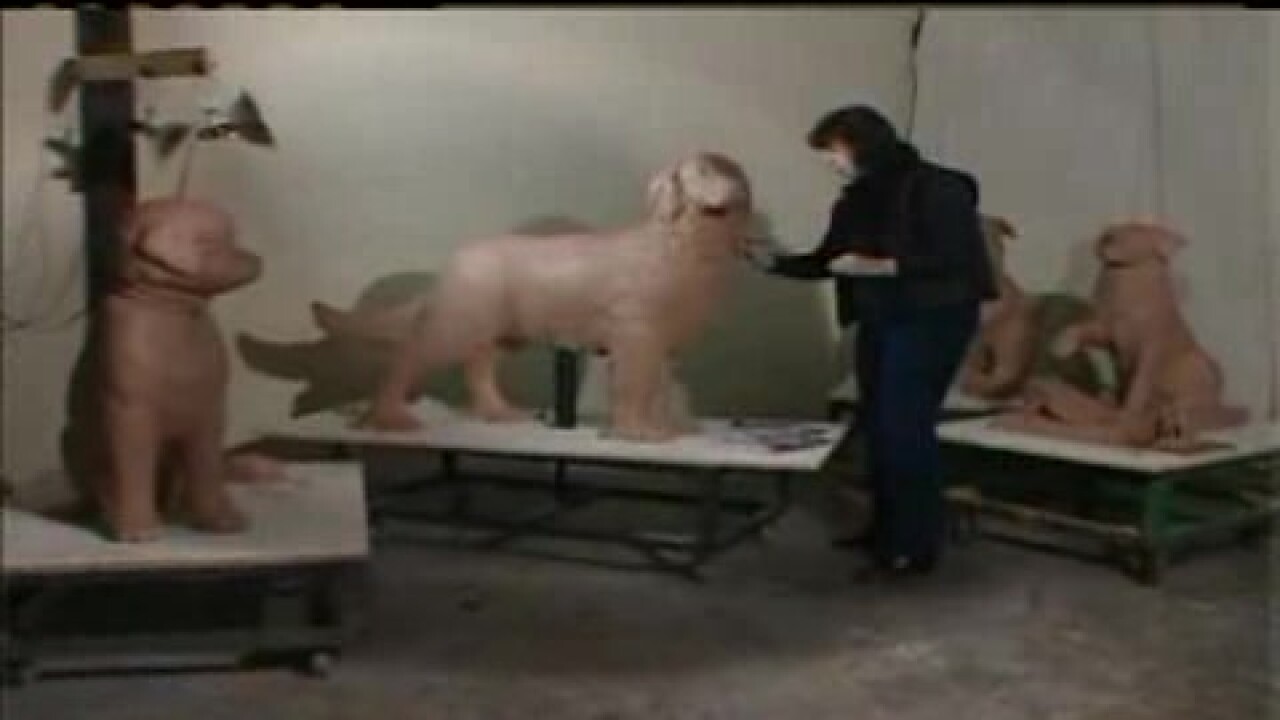 A Utah artist has been hard at work creating a statue to honor a canine hero in Buffalo, New York.

Lena Toritch, a sculptor with Young Fine Art Studio in Salt Lake City, was commissioned several months ago to create a statue of Monty, a therapy dog at the Roswell Park Cancer Institute in Buffalo, New York.

Monty became the hospital's first therapy dog in 2006, touching the lives of thousands of cancer patients.

"He knew he was dealing with sick people. People who were afraid, not feeling well, and he would go into the wards and be calm and just wait for the children to come to him," said Toritch. "He was a little distraction from all the pain and worries."

Monty died of cancer last April. To honor his memory, Toritch has spent the last six months carefully crafting a statue of him to sit in a place of honor outside the hospital.

"You see on the statue he doesn't look like an ordinary English Setter. His hair is kind of fluffy like a little polar bear and I think that was very appealing to children," said Toritch. "If you see the pose, he has his head slightly rised up, and I was thinking the position of the statue will look like Monty is waiting for people to approach him."

Toritch says Monty has been one of her favorite endeavors. She hopes to attend the dedication of the statue in Buffalo.