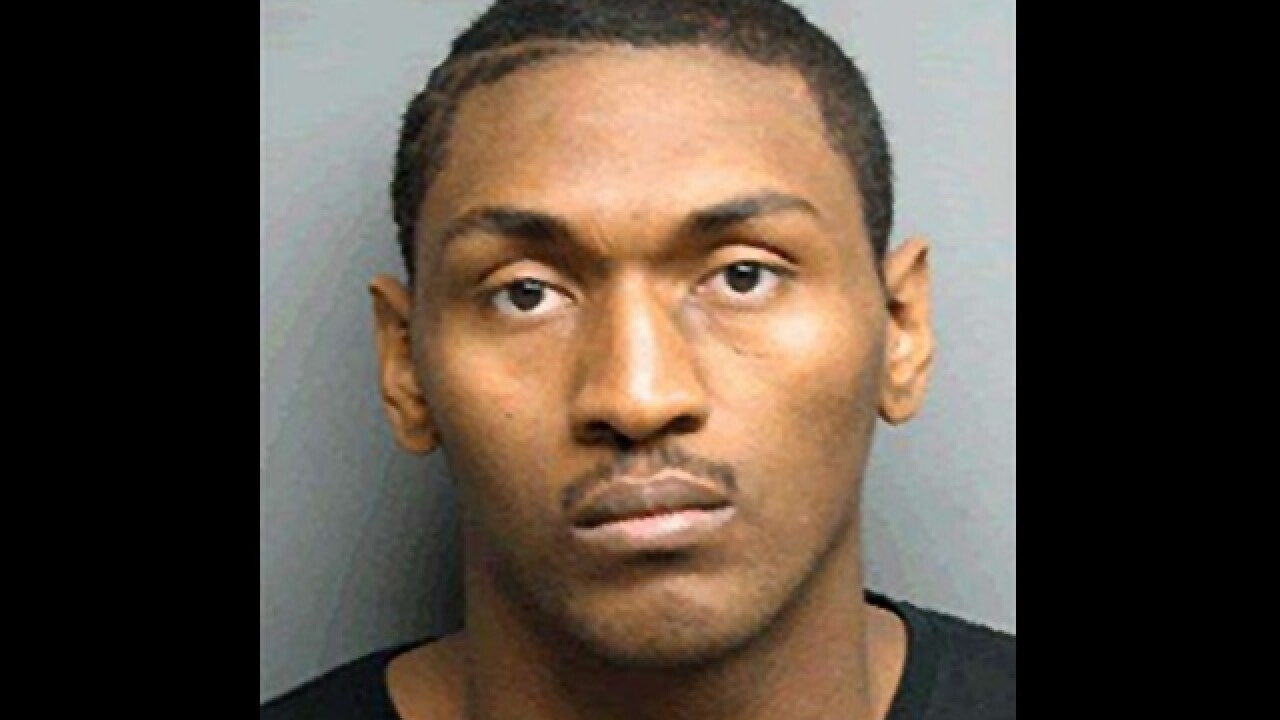 (CNN) — Los Angeles Lakers forward Metta World Peace has been suspended for seven games without pay over an elbow blow he delivered to the head of an opposing player, the National Basketball Association said Tuesday.

“The concussion suffered by James Harden demonstrates the danger posed by violent acts of this kind, particularly when they are directed at the head area,” said NBA Commissioner David Stern, to announce the suspension. “We remain committed to taking necessary measures to protect the safety of NBA players, including the imposition of appropriate penalties for players with a history of on-court altercations.”

World Peace could miss at least six playoff games as a result of the suspension, the NBA said.

After scoring against the Thunder in the second quarter, World Peace was cheering his own shot when he hit the Oklahoma City guard in the back of the head, knocking him down.

Harden was on the floor for several minutes, and did not return to the game after being diagnosed with a concussion, according to the Thunder.

World Peace was ejected from the game. The Lakers won 114-106 over the Thunder in double overtime.

“During that play I just dunked on (Kevin Durant) and (Serge) Ibaka, and I got really emotional and excited. It was unfortunate that James had to get hit with an unintentional elbow,” World Peace told reporters after the game.

“I hope he’s OK. The Thunder, they’re playing for a championship this year, so I hope that he’s OK and I apologize to the Thunder and to James Harden,” he said.

Lakers General Manager Mitch Kupchak criticized his player’s actions in a statement Tuesday, but said the team will continue to support him.

“Metta has for the most part been a model citizen both on and off the court since joining the Lakers. Still, his most recent lapse in judgment is not to be condoned or accepted,” he said in a statement.

“His actions could have seriously injured another player, and his absence during this suspension will hurt our team as well. While we accept the league’s decision, we will be supportive of Metta and try to help him be more professional on the court,” Kupchak said.

Back when World Peace was still Artest and playing for the Indiana Pacers, he made headlines in 2004 for his role in a brawl between players and fans at a Pacers-Pistons game after somebody threw a drink on him.

For that incident, the NBA suspended Artest for 86 games.