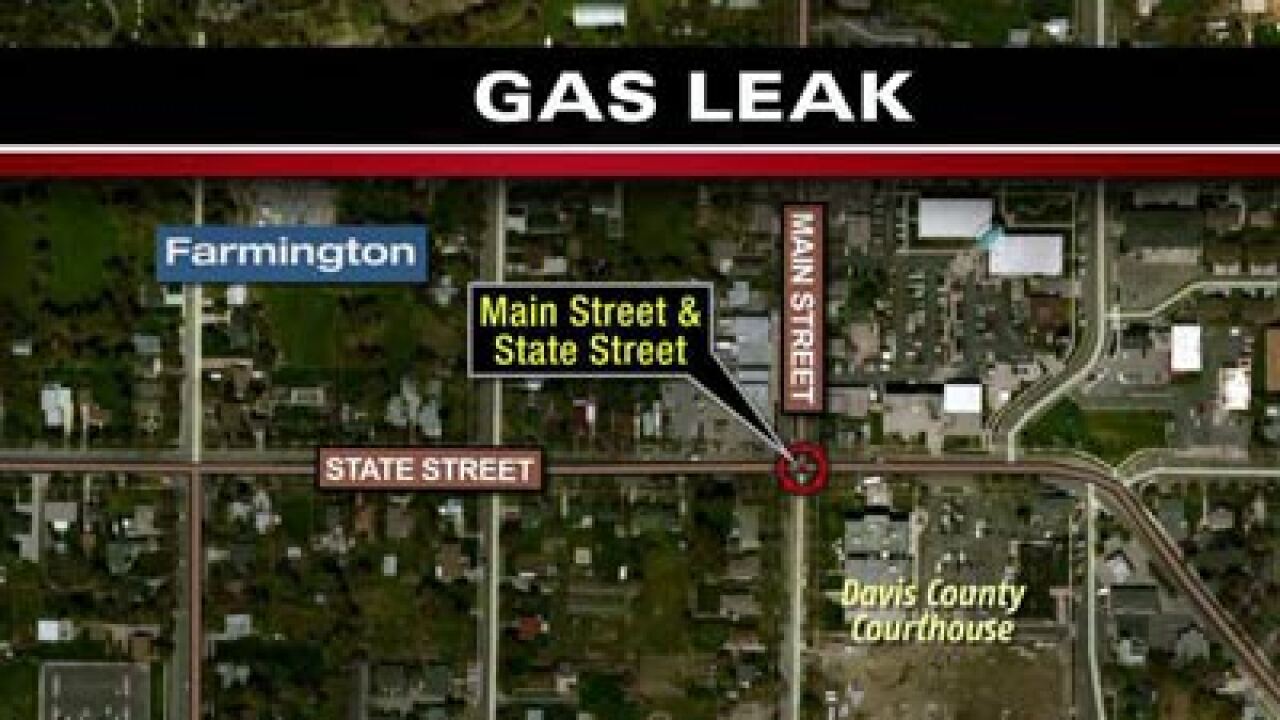 Evacuations took place near the Historic Courthouse in Farmington following a gas leak on Wednesday.

The leak was reported about 11:30 a.m.  The courthouse and other surrounding buildings at Main Street and State Street were evacuated as a precaution.

The leak was caused by a backhoe during road construction, which cut a three-inch gas line, said Chief Guido Smith, Farmington Fire Department.

The leak was controlled by Questar within 30 minutes of their arrival.

People return to their building about an hour after the leak occurred, said Chief Smith.