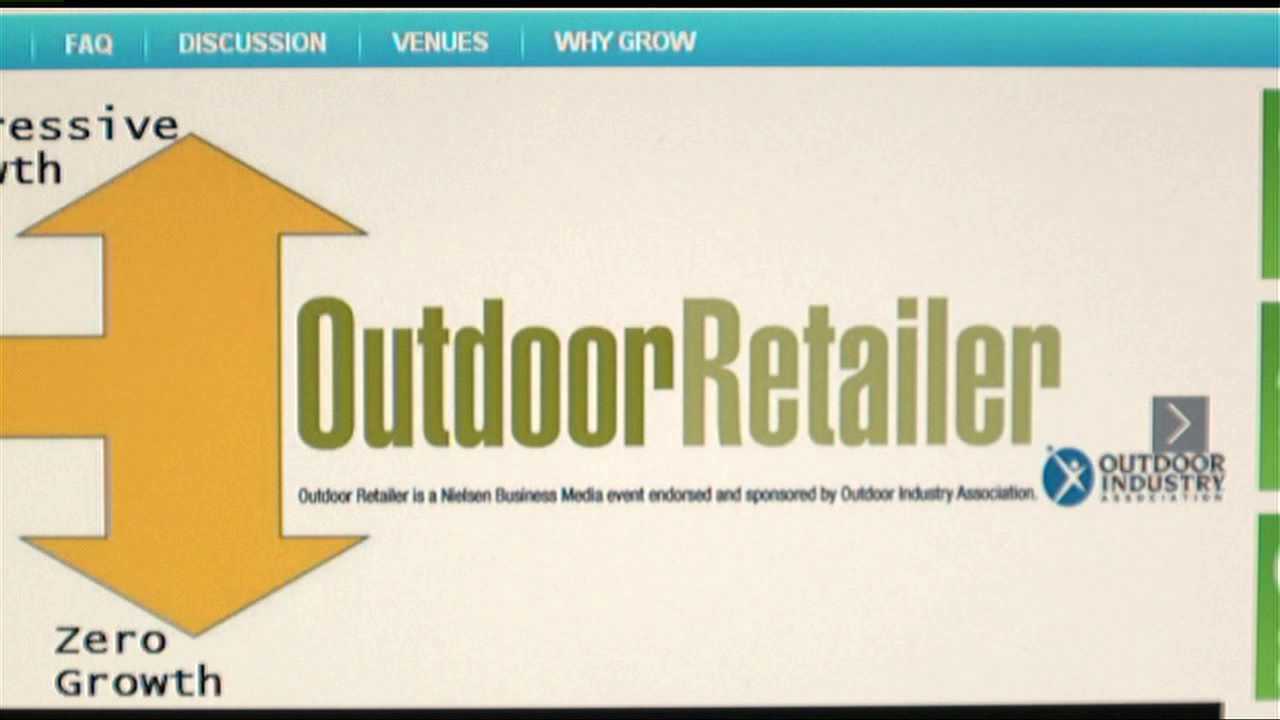 SALT LAKE CITY -- Organizers say Outdoor Retailer has grown so much over the years, it is becoming too big for Salt Lake City to accommodate.

It showcases the latest in outdoor gear twice a year. And since 1996, the Outdoor Retailer show has called Salt Lake City home for both summer and winter conventions. But a growing industry has made it difficult to hold the trade show at the Salt Palace. The show last August literally spilled outside the building’s walls and they had to build a pavilion. For some of the 20,000 visitors who show up, it is tough to find a hotel room.

“We have people who are really frustrated with booking rooms because they're ending up in Sandy, up in Park City, and in Davis and Provo. That's not a very usual situation for a trade show,” says show director Kenji Haroutunian.

The convention is contracted to stay in Salt Lake through 2014, after that there are seven potential other locations from California to Florida. Cities like Las Vegas, Denver and Orlando are all potential spots.

The Outdoor Industry Association is now asking its stakeholders and members to offer their opinions on a new website called Collective Voice, asking members about everything from convention center space to restaurant availability. The convention's director says the Salt Palace would have to nearly double in size and there would need to thousands of additional hotel rooms to keep the convention in Salt Lake.

“Those two things would make a huge dent in the conversation and I think it would be game changing,” said Haroutunian.

The governor has long known the space constraints and intends to push for expansion.

“I know they're growing, it's been such a successful convention, they need more space. I'm prepared to work with them to get more space and we always have great outdoor recreation here in Utah,” said Governor Gary Herbert.

There are talks already underway at the city and state level. The next trade show is this August.  It is unclear if there will be an answer on the convention's next step by that point, but the show director says they will need an answer before the year is up.