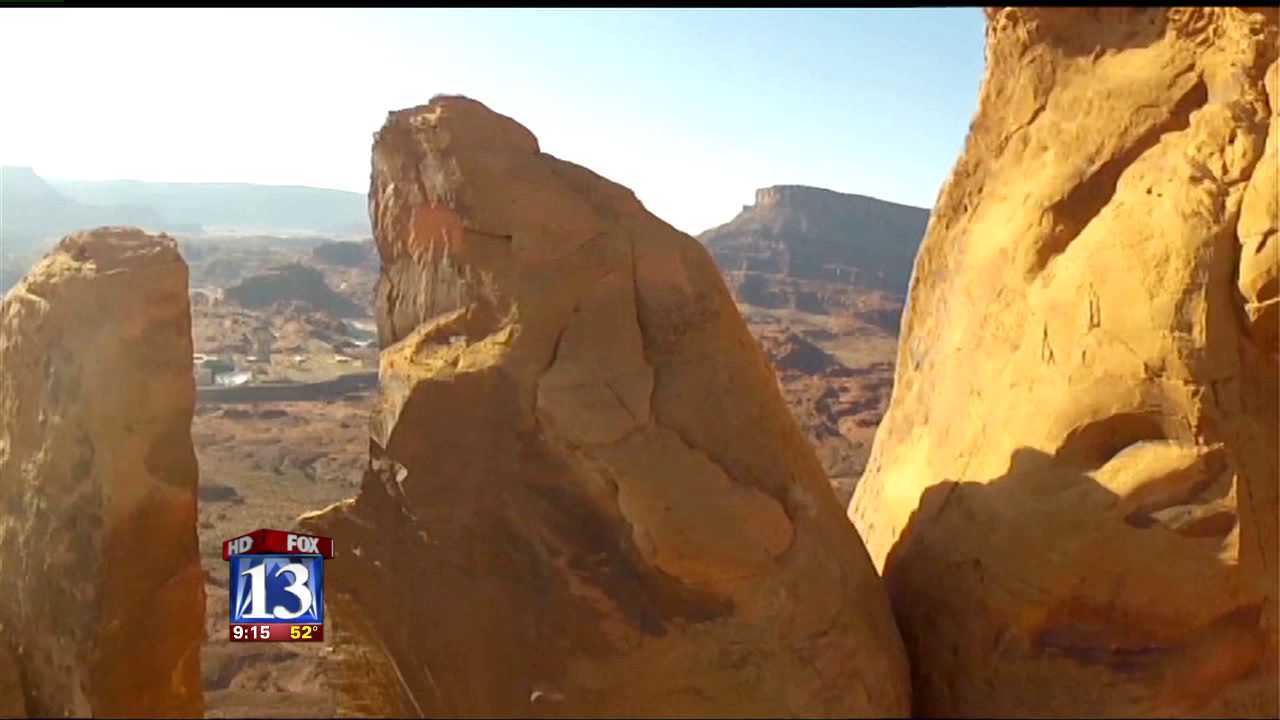 Utah has some of the most beautiful vistas and is considered among the most scenic states in the nation. And to get some of this captured on film, one needs advanced climbing and rappelling skills and a few weeks off -- or maybe a car, a comfortable chair and a remote control airplane.

That’s what Todd Sheridan and Ken Barney team up to do with their remote control aircraft and unique camera mounted system.

“I've been flying along cliff lines and seen bald eagles leap off, you're just like ‘wow, I'm up here with the birds flying like a bird.’ It's pretty thrilling,” says Sheridan.

They strap a $300 high definition GoPro camera onto the nose of a $700 lightweight remote control plane. And within a few moments the unmanned aircraft skims just a few feet above the tallest peak in the Wasatch, sending live images of the snow covered peak back into Sheridan's remote viewing goggles.

Sheridan and Barney have honed their hobby over the years, working on angles impossible to get any other way.

“[These are] shots that you've never seen before and as you see some of my footage going down narrow chasms where an airplane could never go,” says Sheridan.

Sheridan describes what he feels watching the video unfold as like “leaving your body and being a free roaming spirit.”

[Scroll to the bottom for part 2 of the video]

With new technology, these guys get to explore even the highest peaks and most remote slot canyons from the parking lot. But the state of Utah and the federal government still are not sure they want them there.

It’s becoming less of a secret to the world that Utah has some of the most majestic scenery. The images captured by amateurs with just a $300 HD video camera and $700 remote control hobby aircraft are getting the word out on YouTube.

Sheridan and Barney use mere hobby-grade tech to capture HD video from some of Utah’s most exquisite expanses. They have covered much of the state, except for the spots tourists want to see most in Utah's state and national parks. Permits to shoot there are out of reach for most amateur RC pilots.

The Utah Office of Tourism and Film is just now in the process of addressing how the RC hobbyists will get permits to shoot on state and national park land.

“I think there's a dilemma and I think the public lands agencies are going to have to address who's out there with the technology and what are they doing,” says Utah Office of Tourism and Film spokesperson Leigh Von Der Esch.

"This technology today has democratized everybody's ability to get stupendous shots and I think that we'll be working with other states to say what is the appropriate permitting for filming on public lands given the use of this technology," said Von Der Esch.

Von Der Esch says there are two problems for her office, which she is addressing now in Washington D.C.

Von Der Esch says she is concerned with "how it interferes with what the normal visitor likes to experience in terms of solitude."

The second issue is all about the bottom line.

“I think we're going to be raising the issue that you've raised today: where is the line to be drawn with the use of technology for people to take pictures with respect to whether or not they're going to be commercially profiting by it, explains Von Der Esch.

Barney and Sheridan's YouTube site has become very popular. And if they get permits to shoot on protected land, they might take it to the next level.

“We’re just trying to get in so we can put this together and see what applications will really help Utah and the tourist industry,” said Barney.

Von Der Esch met with the Forest Service, National Park Service and the BLM to discuss the issue. She says no one really knows how to deal with it yet, but Utah is on the cutting edge of how to use, or restrict, this new technology.