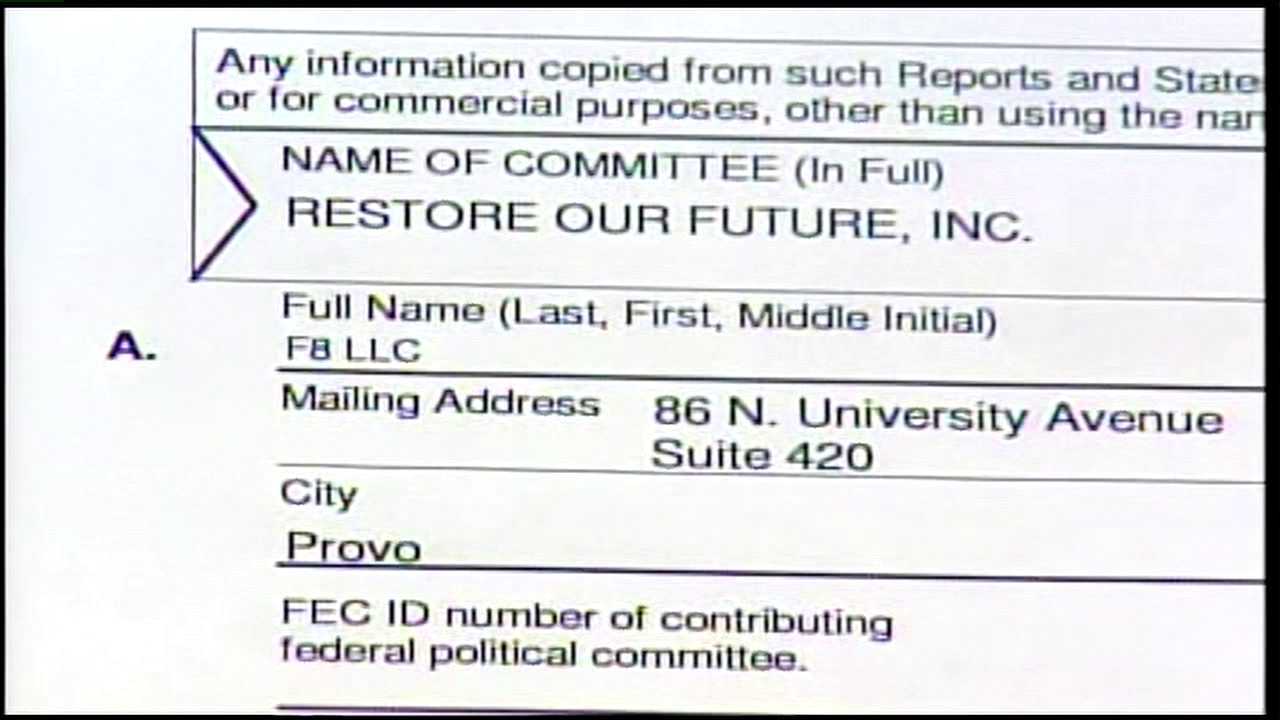 PROVO -- A FOX 13 news report on million dollar donations to a pro-Mitt Romney super PAC prompted a complaint to the federal elections commission.

Last year on Aug. 4 FOX 13 reported two $1 million donations from Utah on the financial filing for the super PAC Restore Our Future. The source of the donations were from unfamiliar business names, Eli Publishing and F8 LLC.

FOX 13 dug into state of Utah corporate records and found Eli registered under Steve Lund, co-founder of NuSkin Corporation.  F8 registered under Jeremy Blickenstaff, a lawyer associated with the skincare giant. And both companies had the same address, the same suite in the same building in downtown Provo.

FOX 13 went to that suite address where both the businesses are listed. However, no one there knew either of the names.

That report became the basis for this complaint to the FEC filed by two Washington D.C. watchdogs: The Campaign Legal Group and Democracy 21.

“Based on your reporting this looked like a situation where there was a conduit used to mask the source of funds which was the individual behind the company,” said counsel to Democracy 21 Don Simon.

The two non-profits used FOX 13's report to ask the FEC to tighten up regulations. If political contributions are unlimited they say, the public should know who is trying to influence their vote.

“It would create a terrible precedent where wealthy individuals who wanted to funnel a lot of money into federal elections would do so by sending that money through something like an LLC corporation,” said Simon.

Steve Lund has not returned FOX 13’s call. However he has previously said he was proud to donate to Romney’s cause and said he used Eli for accounting reasons.