Do allergies actually benefit your health? 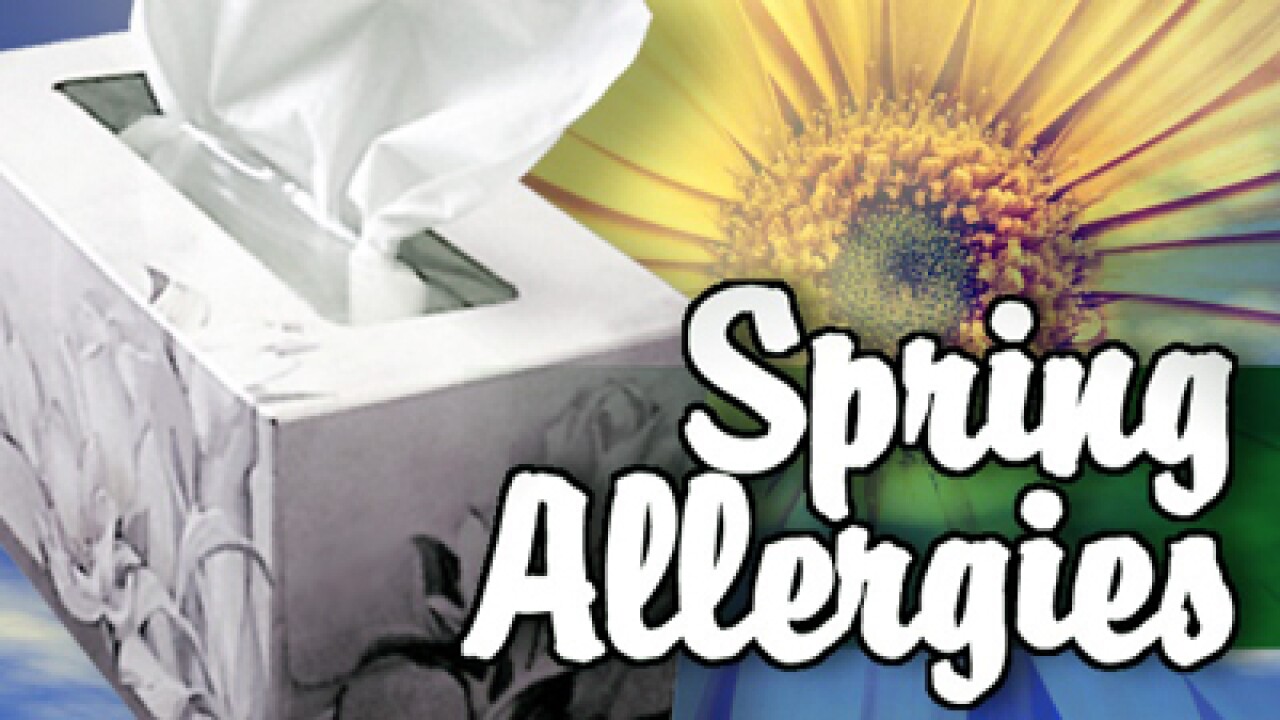 (CNN) — Depending on severity, allergies can range from annoying to deadly. Millions of Americans are familiar with the sneezing, itching and coughing that come along with spring allergies to toxins, while others suffer hives or even airway blockage if they eat the wrong food.

And we know that food allergies are on the rise, partly because of awareness but experts say something else may be going on. It’s a mystery why industrial countries see more and more children having reactions to common foods such as peanuts, tree nuts, shellfish, eggs, milk, wheat or soy.

But there’s a deeper question to ask here: Why do humans have allergies at all?

One view is that the immune response seen in allergies is the same sort of defense your body uses against parasitic worms. It’s thought that what we know as “allergy” evolved against those worms, but has become mistargeted in some people, so that common substances such as pollen and dust set them off, too.

However, common environmental and food allergens have little in common with parasitic worms. There’s an explanation for why the immune system would respond to something that’s not microbial, says Ruslan Medzhitov, professor of immunobiology at Yale School of Medicine.

In a perspective article in the journal Nature, Medzhitov and colleagues probe the question: Is there another explanation for allergies? They argue that, in fact, allergies are meant to remove harmful substances from the body.

For the case of seasonal allergies to tree or grass pollen, symptoms typically include runny nose, teary eyes and extra mucus production in the respiratory system. All of these things have the effect of trying to expel something from your body that you don’t want there.

Similarly, when you have itchy skin in contact allergies, the impulse is to scratch, which has the effect of removing offending particles in the skin. But sometimes it becomes extreme: Uncontrollable itching that’s chronic, which is no longer serve the purpose of taking offending substances off the skin.

Food allergy symptoms often include vomiting and diarrhea, which also expel unwanted substances. Anaphylactic shock, the most severe and deadly reaction, involves swelling of the mouth or throat and even breathing problems. Medzhitov explains this as an extreme form of the normal allergic reaction; it has gone out of control and may cause death in and of itself, the way that septic shock is an extreme form of natural inflammation.

“There are things that are meant to perform some beneficial rational function; if they get disregulated, it can cause problem,” Medzhitov said.

The unpleasant experiences also make you stop eating the food that caused the reaction, and avoid that food in the future.

But wait: Plenty of people eat peanuts and other common food allergens without incident. Why do some people have extreme reactions and others enjoy these foods in peace?

Medzhitov points out that there are certain components of the foods we eat everyday whose effects on the body we still don’t exactly know. There may be certain chemicals in some foods that have noxious effects on our cells that are slightly toxic.

He hypothesizes that some people are better at detoxifying those substances than others. And those who are deficient in those detoxifying mechanisms have instead allergies to defend themselves.

And then there’s allergies to pollutants in the air. The production of mucus in allergic people, theoretically, gives them increased protection from the particulate pollutants in the air, since they will inhale less of them. That would mean that if those pollutants are carcinogenic, the allergic person would have increased protection against certain forms of cancer over time. Or you might avoid that environment altogether, thereby also taking you out of a toxic situation.

The hypothesis that allergies protect against particular cancers does have some evidence backing it up. In fact, a 2011 study suggested that allergies may stave off gliomas, which are the most common form of brain tumor. But more research needs to be carried out to back up this idea.

So what are we to make of all of this? Even if true, we can’t use this knowledge to help people with allergies – yet. But maybe one day, says Dr. Robert Wood, Director of Allergy/Immunology at Johns Hopkins Children’s Center, who was not involved in this study.

“”This is a fascinating paper that sheds new light on why some people develop allergies and others do not. It also suggests reasons why the prevalence of allergic disease, including food allergy, asthma, and hay fever, have all increased over the past 20-30 years,” Wood said. “Hopefully the theories presented here could eventually be used to design prevention strategies for allergy, but at the present time they remain just theories that will not lead to any immediate approaches to treat or prevent allergy.”