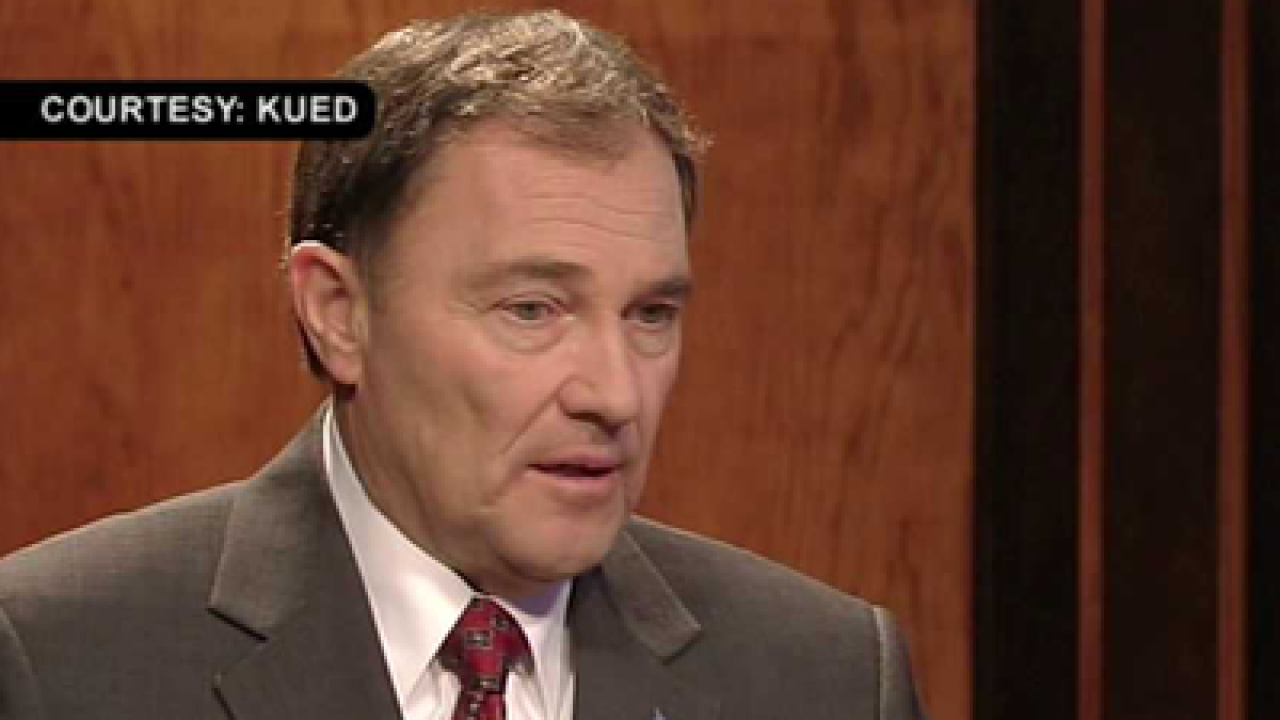 SALT LAKE CITY - Governor Gary Herbert has no intention of disciplining his head of the Department of Transportation after it was revealed John Njord wanted to tie an employee financial settlement to a political demand.

"John Njord is an extraordinary individual, probably one of the best in America when it comes to construction of roads," the governor told reporters gathered for his monthly news conference at the University of Utah.

The controversy surrounds Denice Graham, who was fired under allegations of leaking information about the I-15 CORE bid process and then rehired on the orders of a judge. In a proposal to grant Graham $67,000 in back pay, Njord requested she sign a letter to Utah Democrats asking them not to use her story politically.

Governor Herbert wanted it clear his employees stopped the proposal when they learned of it.

"We'd immediately said hey this is not appropriate and he withdrew it," he said.

Peter Cooke, Democratic candidate for Governor, suggests this is part of an ongoing problem of mismanagement.

"There seems to be a continual concern I have. The $25 million problem with education and the Department of Alcoholic Beverage Control problem," Cooke said.

But while Cooke says Denise Graham was treated unfairly, he suggests he would not fire or discipline Njord.