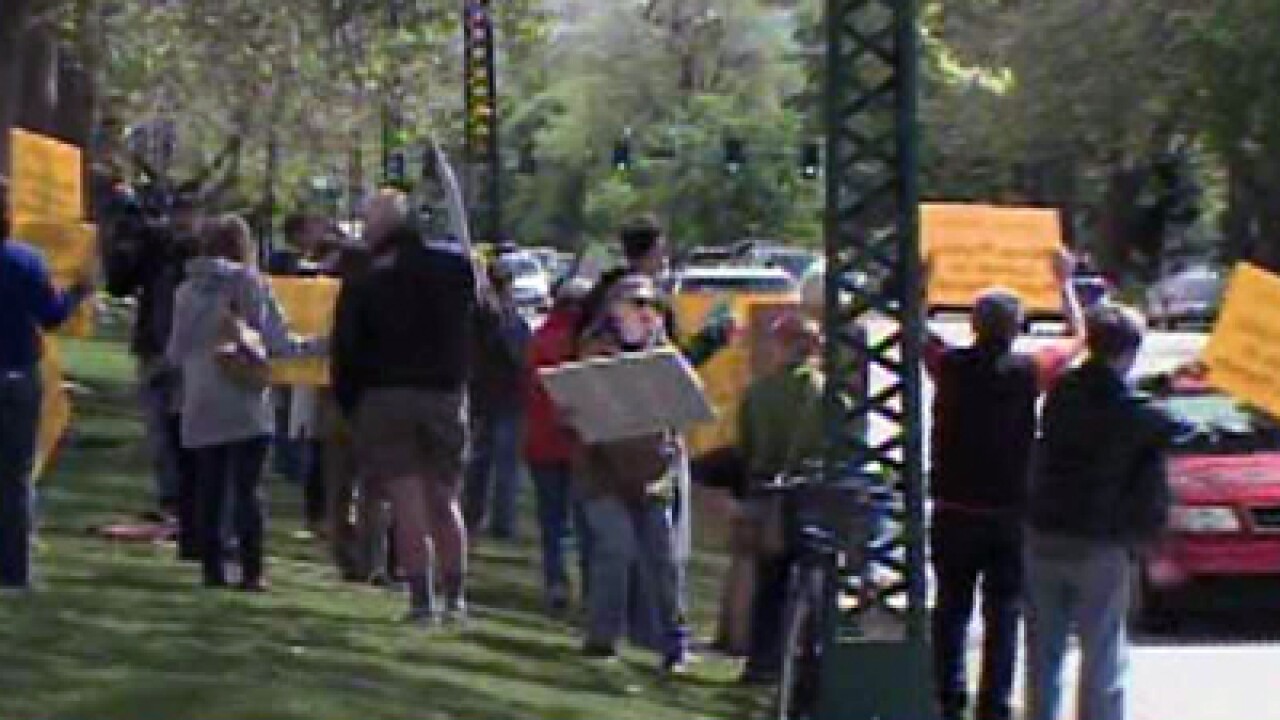 A group of protesters gathered outside Governor Herbert's mansion Friday in opposition of his environmental policies.

The protest occurred as governors from the states of Wyoming, Nevada and Idaho met with Herbert inside the mansion for a roundtable discussion of issues like public lands, water, responsible energy development, endangered species and transportation. The governor of Colorado canceled at the last minute and, while the governor of Nevada couldn't come to Salt Lake City, he called into the morning session.

Protesters say they're concerned with the management of Utah's public lands.

"Folks here are just really bubbling over with frustration. Enough is enough, this agenda has gone too far," said Heidi McIntosh of the Southern Utah Wilderness Alliance. "Where we camp, where we spend time with our family and friends, these are all at risk under this agenda of being sold off to private interests."

"I think the frustration for many in Utah is that what once was multiple use is now becoming mostly only outdoor recreation, non-motorized in an attempt for people outside of our borders to create more non-motorized access to the public land," said Herbert.

Gov. Butch Otter of Idaho and Gov. Matt Mead of Wyoming, both Republican, appear sympathetic about the fight between Utah legislators, Gov. Herbert and the federal government.

"I think we have an obligation to demand that they keep the promises. Especially if it's at a cost to the state of Idaho," said Otter. "You can pass all the legislation in Idaho you wanted but if it's not going to be recognized by the courts and by Washington, DC, then if the question is are our sovreign rights stronger than the supremacy of the laws of the United States, that's a whole different question."

The protesters left after lunch, but the round table continued into the afternoon. Officials say the meeting is the beginning of a constructive dialogue.