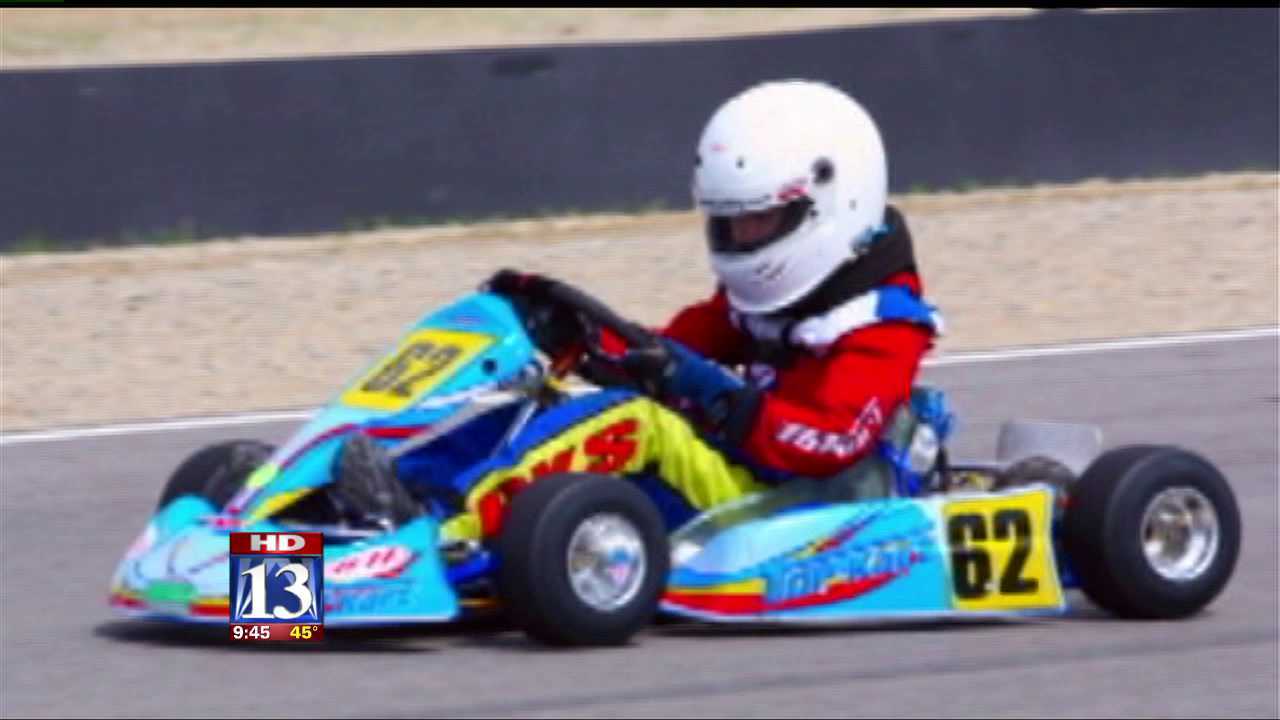 Madison Snow just got his driver license last December, but the 16-year-old certainly knows what he is doing behind the wheel. He has been racing competitively since he was a toddler.

“I've raced go-karts since I was about 3 or 4 years old and then I've moved up in go-kart classes,” said Snow. “And I raced a spec Miata last year at Miller [Motorsports Park] and now I'm into Porsche."

Madison began racing a Miata two years ago as a 14-year-old.

“People, they didn't know what to expect from me and I was slow the first few races and they were all happy and helping me out. But once I got faster and faster and started being at the front of the pack, they were less helpful and less helpful,” says Madison with a laugh.

His breakout season was last year in the IMSA GT3 Gold Class series.

“I won here at Miller and that got me going and then the rest of the races I was finishing first, second, third, just kind of having fun, battling around and I wound up winning the championship in the gold class,” said Madison.

Madison's father is a driver himself.  Martin Snow knew his oldest son would follow in his lead footsteps when he found him doing laps in a go-kart at age 3.

"I came home and he had the babysitter out there with a clipboard timing him,” said Madison’s father.

Martin Snow said racing has always been in his son’s blood.

[Scroll to the bottom to see video part 2]

His father says Madison has no problem going 160 mph down a straightaway; he cannot race at all when it comes to video games.

"I hate those because I can't drive them at all. I go around and all of the sudden I'm in the corner and I'm in the wall because the video games I can't get the sense of speed and I can't feel the car and I suck at those things. They piss me off,” says Madison.

Madison comes from a family of racers. He was on his first racetrack when he was in his mother’s womb.

“I raced with him until I was almost five-months pregnant, so I tell him I taught him when he was in my stomach you know,” says Madison’s mother Melanie Snow.

Now 16 years and 5 months later, that fast fetus is still motoring around a track. Madison competes with both his mother and father on the International Motorsports Association GT3 Gold Cup Challenge circuit.

Madison says it is fun racing against family. He says they stay competitive and sometimes talk trash to each other at the track.

Madison’s mother says when she is racing it typically does not phase her knowing that Madison is one of the competitors. But if there is ever trouble, she immediately worries about her son’s safety.

“Obviously if there is an incident and something happens, my crew knows to tell me ‘no, Madison wasn’t involved, don’t worry about it,’ because that is in the back of your mind,” says Melanie Snow. “I have trust that he knows what he is doing out there and he knows how to handle the car.”

Madison’s mother says she had a few “issues” with other racers bothered by a young racer beating them and that he was getting “knocked around the track a little bit.”

“We had video of it and the race director had to get involved and it was hard as a Mom not to want to step in and do something to that guy,” says Melanie. “I was like 'don't be hitting my kid out there,' you know."

Madison’s mother says her son was a handful since he was little, but his infatuation with cars and racing has proved productive. She recalls at time walking into the garage and seeing that Madison had jacked her vehicle up by the tailpipe.

“I thought he was going to be the end of me, but now that we've channeled his energy in the right direction he's an amazing driver."

Now that Madison has his driver license, his mother can have faith he is knows what he is doing out there on the roadways.

"You know, he gets his license and puts all the kids in the car and takes them to school and my girlfriends are like, ‘you're letting him drive your kids to school?’” says Melanie Snow. “I'm like, ‘he's been driving 160 [mph] for a year now, I think he's capable."