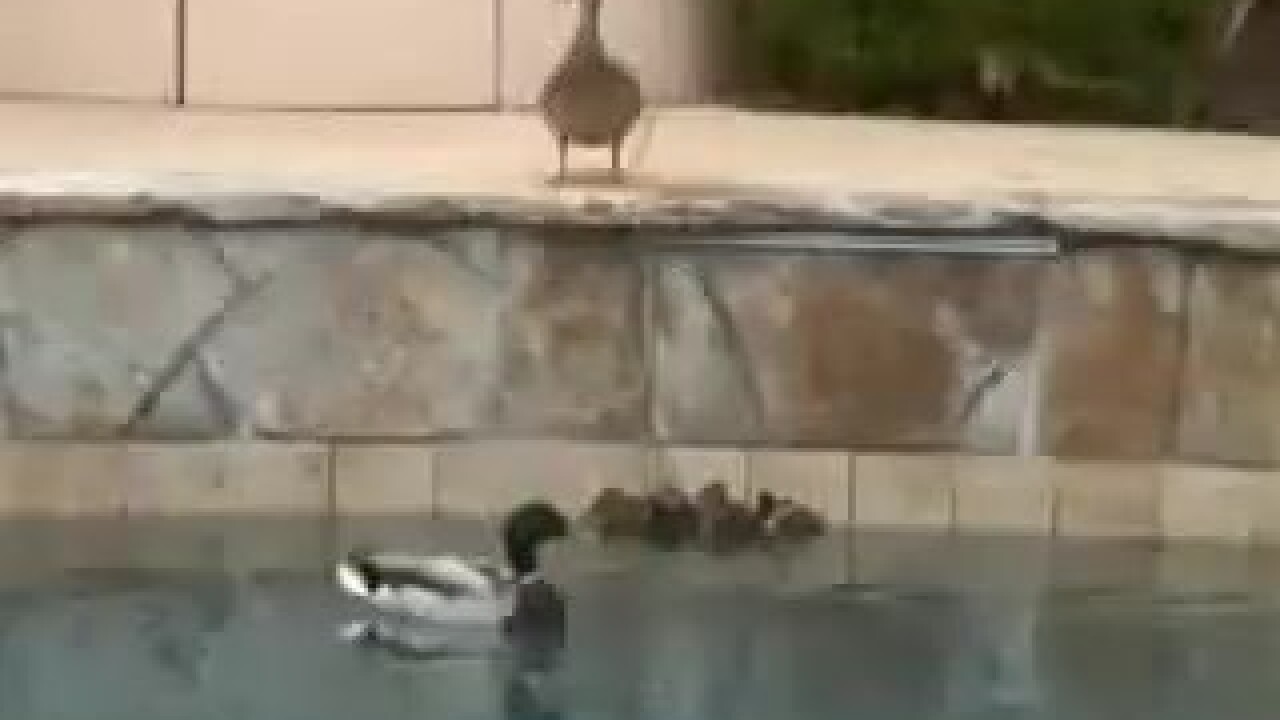 An inmate escaped while being transported between prisons in Arizona, but US Airways workers were there to stop him.

22-year-old John Riebesel was being extradited from Detroit to Phoenix. He managed to escape from his two guards in Phoenix's Sky Harbor International Airport and attempts to flee, but quick-thinking US Airways workers on the tarmac were able to stop him.

A young girl in Yongkang, China, narrowly escaped an oncoming truck while she was crossing the road. The girl managed to duck as the truck drove toward her. The driver of the truck was injured, but the girl was able to crawl from underneath the truck.

Teens custom built robots to shoot baskets as part as an international competition. More than 12,000 teens from 32 countries participated in the shooting competition Edward Jones Dome in St. Louis.

A family of ducks took a swim in a San Diego, Calif., pool, but the 10 ducklings got stuck. Rescuers created a top-step made of ceramic turtles and lava rocks to help the ducklings out of the pool.