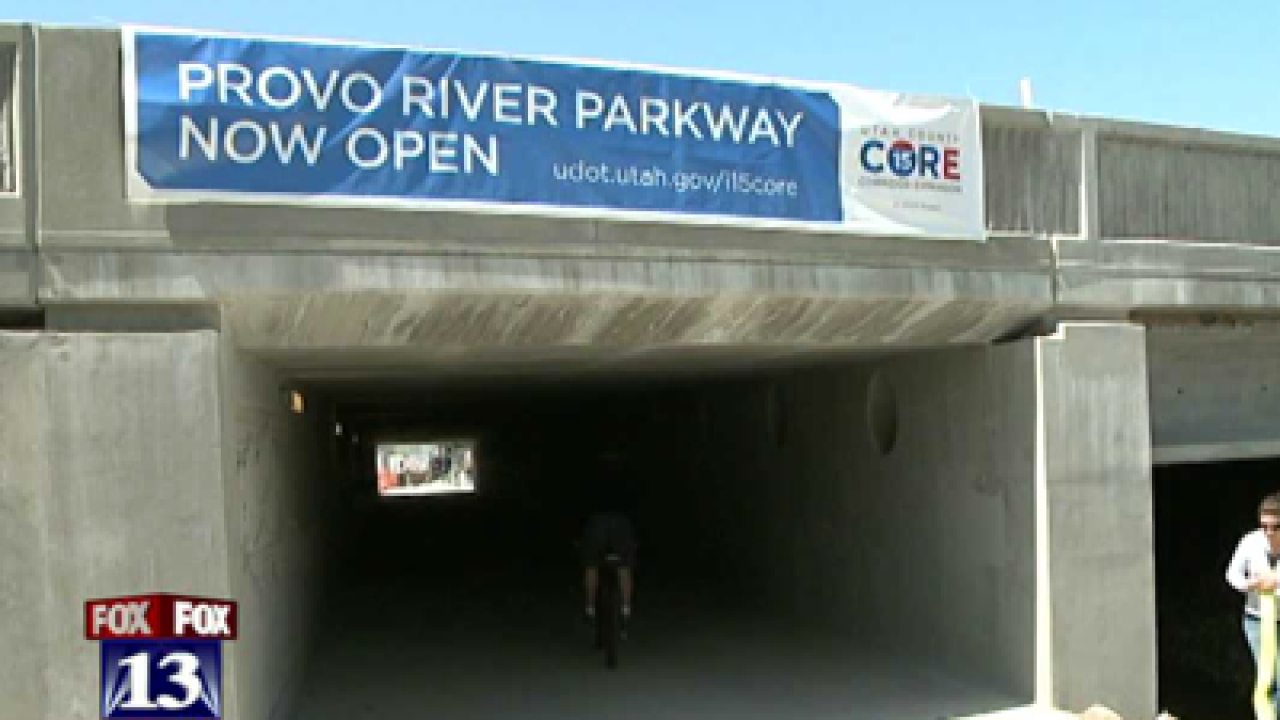 PROVO - The Provo River Trail opened Saturday after being closed for nearly two years while improvements were made.

As part of the I-15 CORE project, a portion of the trail was closed to reconstruct a bridge that goes over the top of the Provo River. The trail now boasts 24-hour lighting and smooth concrete walkways.

"Now you will see a clearly defined path there with a protective wall that separates you from the river," said Todd Jensen, I-15 CORE Project Director.

Dozens of bikers came to the trail on Saturday to be the first to try out the new roadway. Provo City Mayor John Curtis says he's happy to see his residents getting outdoors.

"This is a beautiful trail. The use is extremely high in our city and this will enhance its use," said Curtis.

The trail has seen several cases of assault along the trail in recent months, so officials are reminding visitors to be safe.

Bike patrol will also now have a heavy presence on the trail.

"We have the Take 10 initiative where each officer is going to get out each day and take ten minutes and walk the river trail," said Officer Austin Rowberry, Provo City Police Dept.

And if residents see any suspicious activity along the trail, they are encouraged to call police.

"That's why we're here and we encourage and are interested in the safety of the people that use the trail," said Rowberry.