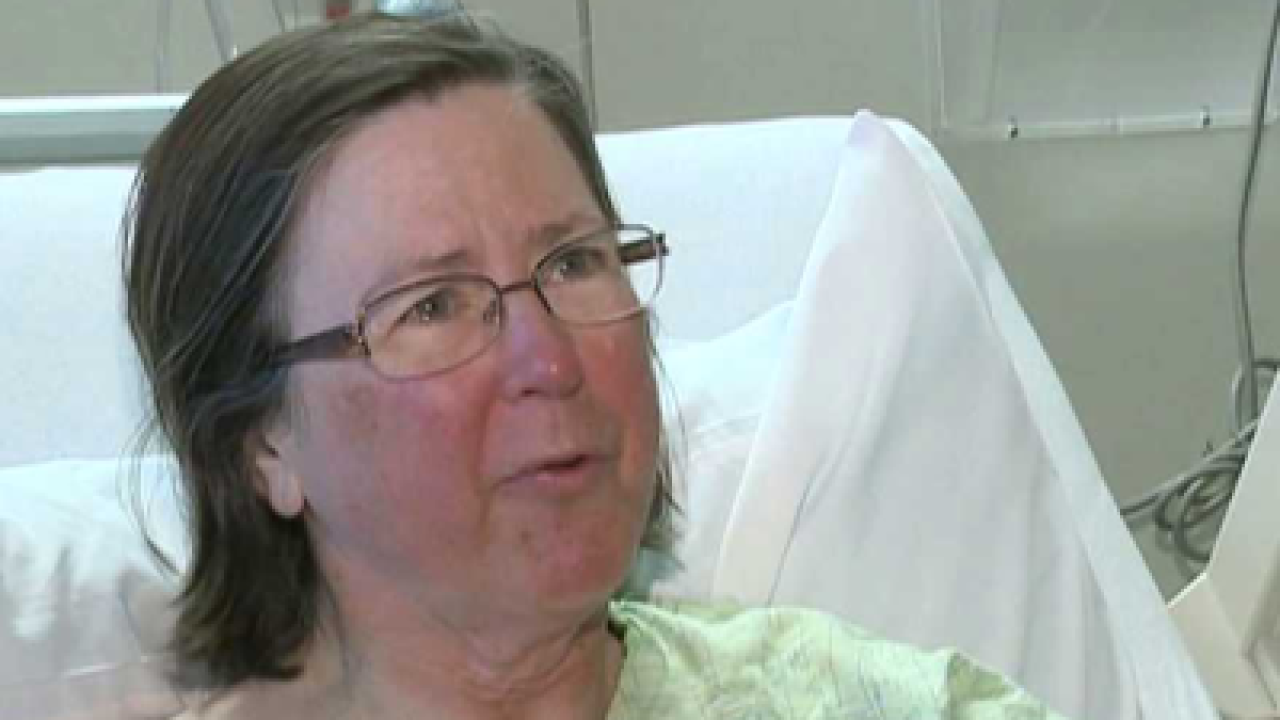 GARFIELD COUNTY - A woman from Maine was found safe in remote Garfield County after spending four days with a broken leg and no food.

59-year-old Victoria Grover of Wade, Maine, was hiking near the Sand Creek area of Garfield County on Tuesday. She'd been planning on going on a short day hike, but didn't make it back to her car before dark, so she decided to spend the night in the desert.

The next morning, Grover jumped off a 4-foot ledge and broke her leg just above her ankle.

"I was working my way back to the trail head and I jumped about three or four feet and there was a rock under the sand, it hit my leg and I had a broken leg," said Grover.

Grover used a walking stick to create a makeshift splint and crawl 30 yards to Sand Creek for water. Aside from a few light snacks, she had no food or shelter. Grover, who suffers from type 2 diabetes, says she survived by laying out in the sun during the day and staying awake at night.

Grover says she battled hypothermia and hallucinations, but prayed that rescuers would find her.

"I certainly could have died out there because I had hypothermia and I stopped shivering," said Grover. "I had faith I would be found and I also by that point, I was at peace, that whatever happened would be okay."

On Thursday, the Boulder Mountain Guest Ranch where Grover had been staying called police when the woman failed to check out as scheduled. With the help of a car rental agreement found in her room, officers were able to track Grover's vehicle to the Hell's Backbone road.

Search and rescue teams and a Utah Highway Patrol helicopter spent several days looking in the area for the woman. She was found around 9:30 Saturday morning by the UHP helicopter. She was transported to a local hospital for treatment for exposure and her broken leg.

"It's truly a miraculous survivial, if we hadn't been able to find her car rental agreement to locate her car, we'd still be looking for her, and I feel certain she wouldn't have survived much longer," said Deputy Ray Gardner, Garfield County Sheriff's Dept.

Doctors say Grover will be out of the hospital in two or three days. She says this experience won't keep her from hiking again.