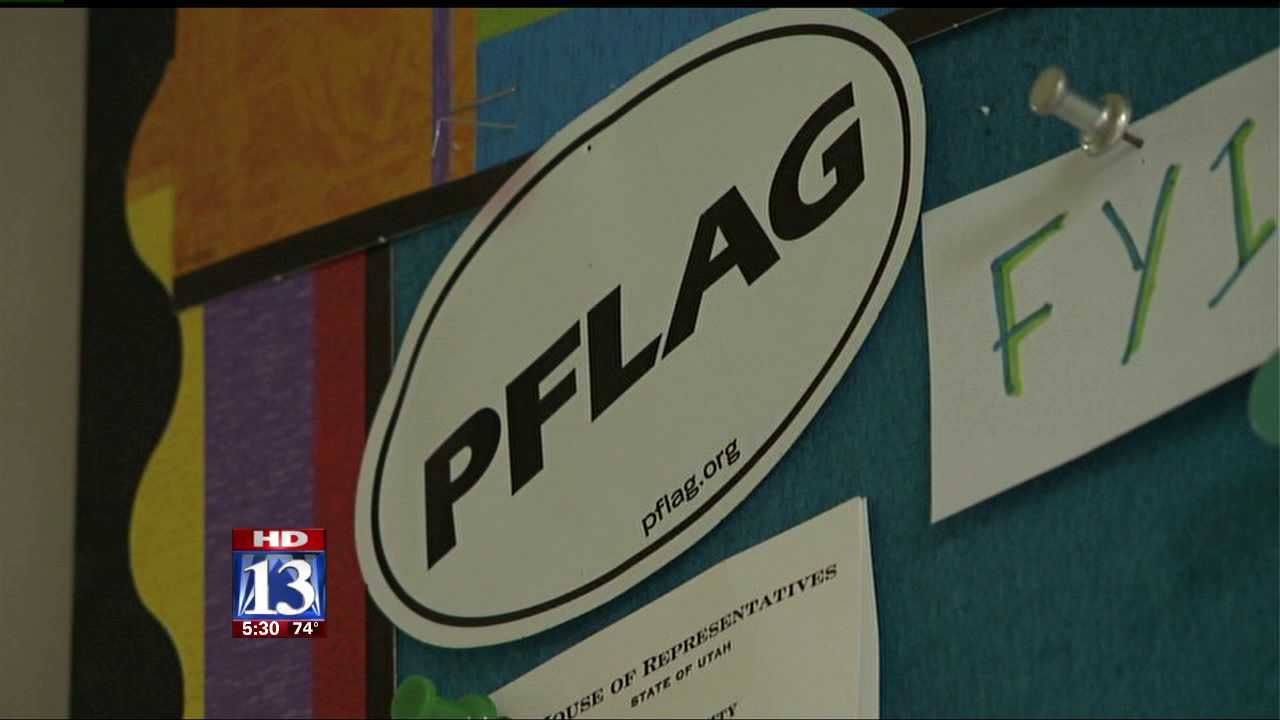 OGDEN -- The death of a northern Utah teen is shining the spotlight on bullies at school. It is reported the gay teen took his own life after friends say he was bullied for his sexual orientation.

The Ogden director of the group Parents, Families and Friends of Lesbians and Gays (PFLAG) says they are primarily a resource for those who know gay teens. But their meetings usually consist of the teens themselves.

"They feel as if they're just thrown to the wolves and left alone,” says PFLAG's Ogden-area director Allison Black about many of the attendees who come to the meetings. "Half the people that attend our meetings are the LGBT kids, because it's so refreshing for them to be able to walk into a room and have all these parents there that accept them for who they are."

Earlier this month PFLAG co-sponsored a forum on bullying at school. One speaker shared the story of a friend he said was bullied for being gay. Following the rally, organizers were shocked to discover that teen was dead.  PFLAG says he took his own life.

“Another death like this just shows that our work is -- we're just barely, barely touching on it,” said Black.

FOX 13 is not going to release the name of the teen out of respect for the family's wishes. Also, before the outreach counselor was interviewed for this story, an attorney for the family of the teen served papers to that advocate prohibiting her from talking about it.

While the victim did not go to a school in the Weber School District, Bob Wood, the district's director of student services says they have a zero-tolerance policy for bullying. He says it is an ongoing concern with a goal of creating an environment where students from different backgrounds come together in tolerance.

"Similar to what you do in the workplace. You have friends and associates that are different than you and you learn to get along. The school is where they start doing that,” Wood said.

An event planned for the Odgen Amphitheater Tuesday night at 6:30 p.m. plans to continue the discussion about bullying and suicide related to homosexuality. Following the forum, a candlelight vigil is planned for all those who have taken their own lives.