Dog recovering after being shot with blowgun 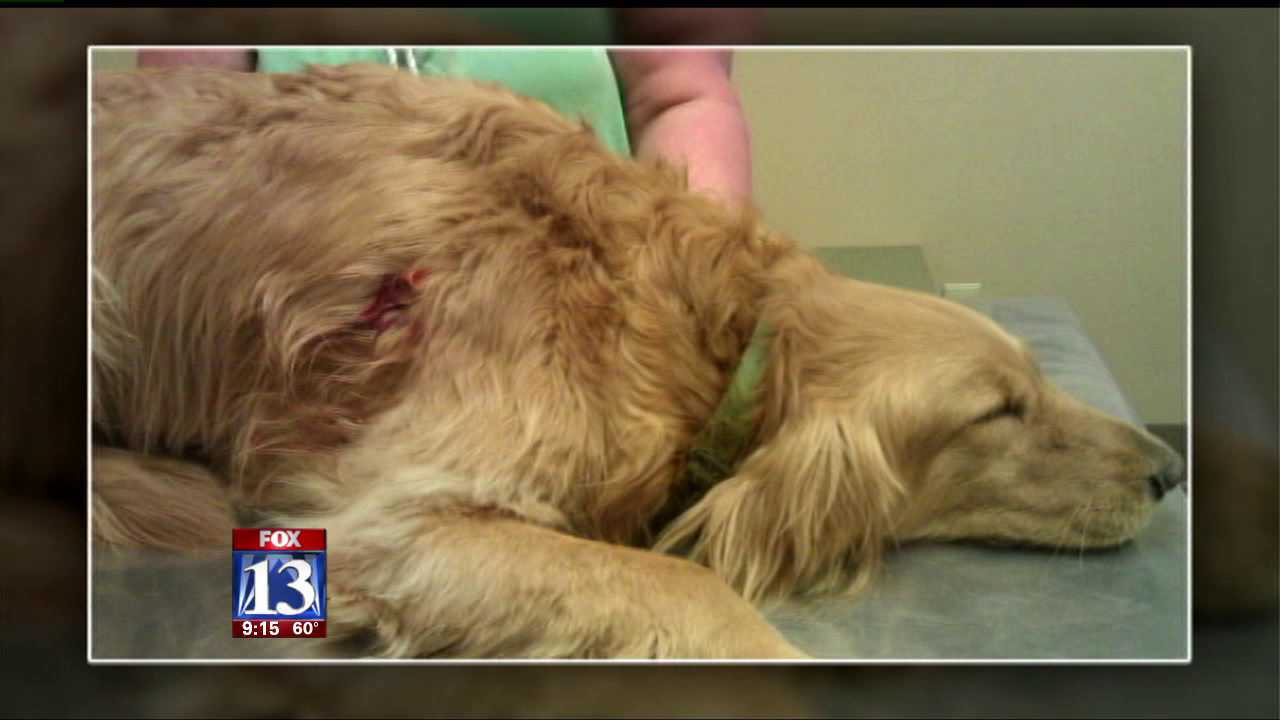 PARK CITY -- A golden retriever in Park City is lucky to be alive. He is recovering after being shot in the chest with a blow dart.

The dog's owner took the golden retriever, Jasper, over to a friend's house in Coalville while they went on vacation. It was that friend who came home from work to find the dog with a dart sticking out of its chest.

“I couldn't believe that somebody would do that, to shoot it and get it that embedded,” says owner Jon Weinberg. “Only a piece on the end that kept it going through.”

Scars stick out of his half-shaved body making Jasper very sore. But he's lucky to be alive after the dart was found embedded in his bloody fur.

An animal surgeon, fearful of what the tip of the dart might contain and knowing it was lodged in Jasper's lung, decided it was safer to open Jasper rather than risk pulling the dart out.

"Someone intended to do that. They went out with that in mind, not necessarily with the dog in mind, but hunting something," says Weinberg. "And it came from a blow-dart gun."

“He's one of the friendliest dogs you'll meet,” says Weinberg.

Jasper got loose from his kennel last week in a rural part of Coalville, known to be popular with hunters. Police are still trying to figure out if the shooting was intentional.

Jasper's injuries have cost his owner nearly $3,000 in vet bills.

Police are tracking down leads, but have no idea who shot the dart.

Anyone with information is asked to call Summit County Sheriff's Office where specific information leading to an arrest could result in a $500 reward.