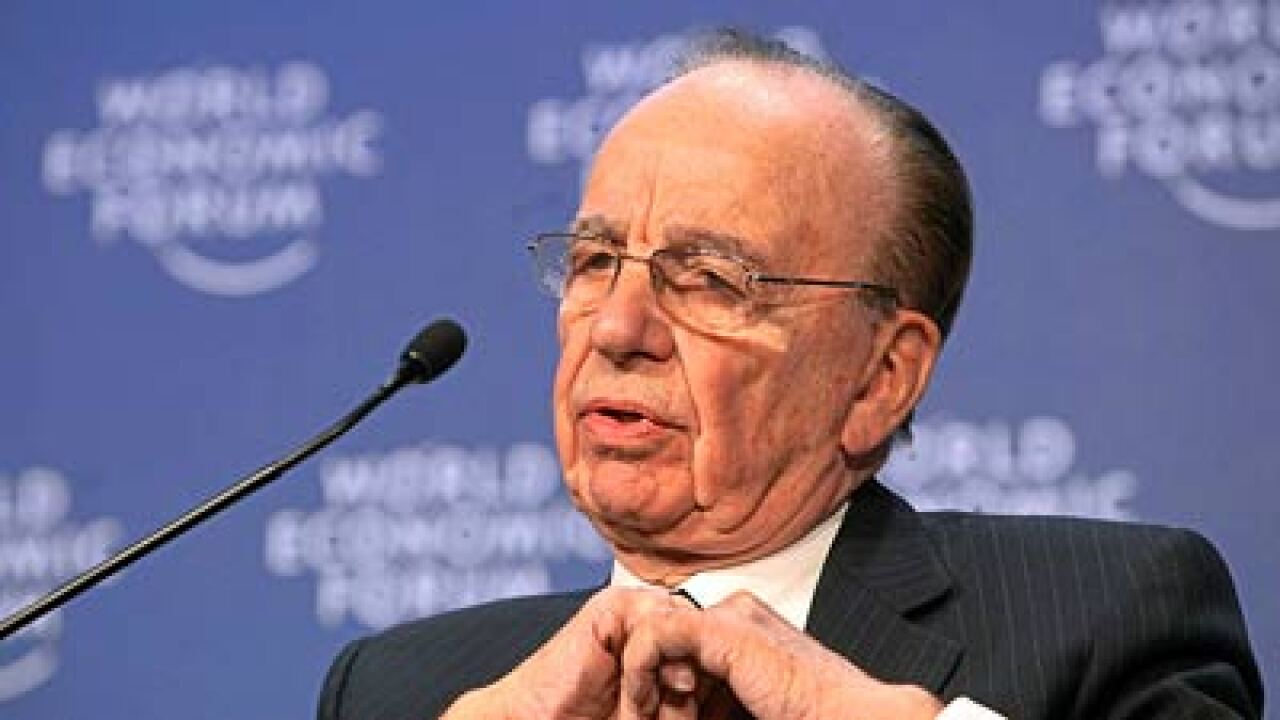 By Richard Allen Greene and Dan Rivers, CNN
LONDON — Global media tycoon Rupert Murdoch is not a “fit and proper person” to run a major international company, British lawmakers investigating phone hacking at his tabloid the News of the World reported Tuesday.

The ruling could prompt British regulators to force him to sell his controlling stake in British Sky Broadcasting, a significant part of his media empire.

The damning report accused Murdoch and his son James of showing “willful blindness” to phone hacking at News of the World, and said the newspaper “deliberately tried to thwart the police investigation” into the illegal activity.

John Whittingdale, the chairman of parliament’s Culture, Media and Sport Committee said that while there is “no definitive evidence to prove whether or not James Murdoch was aware of … evidence which indicated that phone hacking was widespread; the committee was never the less astonished that he did not seek to see the evidence.”

The paper’s publisher, News Corp. subsidiary News International, “wished to buy silence in this affair and pay to make the problem go away,” the committee found.

Tom Watson, the Labour lawmaker who has long been one of the fiercest critics of Murdoch, was blistering in a press conference announcing the parliamentary findings.

“These people corrupted our country. They have brought shame on our police force and our Parliament. They lied and cheated — blackmailed and bullied and we should all be ashamed when we think how we cowered before them for so long,” he said.

The report did not accuse either Murdoch of misleading parliament, but said several of their underlings had done so when they testified before the committee.

Long-time Murdoch right-hand man Les Hinton was criticized for misleading lawmakers, as were Colin Myler, the last editor of News of the World, and Tom Crone, who was the paper’s lawyer for decades.

The full House of Commons will have to rule on whether the three committed contempt by misleading the committee, “and, if so, what punishment should be imposed,” the report says.

News Corp. said it was “carefully reviewing the Select Committee’s report and will respond shortly.

“The company fully acknowledges significant wrongdoing at News of the World and apologizes to everyone whose privacy was invaded,” its statement said.

Ofcom, the British media regulator which could force Murdoch out of BSkyB, said it is “continuing to assess the evidence.”

The agency noted that it “has a duty under the Broadcasting Acts 1990 and 1996 to be satisfied that any person holding a broadcasting license is, and remains, fit and proper to do so.”

BSkyB shares were up slightly in London on the news. News Corp. is traded in New York, where the markets were not open when the report was published.

Police are carrying on a separate investigation into illegal eavesdropping, computer hacking and police bribery by people working for Murdoch’s News Corp., and a British judge is leading an independent inquiry into press ethics prompted by the phone-hacking scandal.

Testifying before that inquiry last week, Murdoch admitted that there had been a “cover-up” of phone hacking at News of the World, his flagship British tabloid newspaper.

He apologized for not paying more attention to a scandal that has convulsed his media empire and rocked the British political establishment.

And he said that he had shut down the best-selling tabloid out of “panic” in the face of public fury about the revelation that a murdered teenage girl had been a victim of phone hacking.

Murdoch, who owns the Sun and the Times in London, as well as controlling the Wall Street Journal, New York Post and Fox News, said his News Corp. had been a victim of the cover-up, not the perpetrator.

“Someone took charge of a cover-up, which we were victim to and I regret,” he said Thursday at the Leveson Inquiry, the independent probe set up by the British government.

He blamed “one or two very strong individuals” at the paper, but did not name them.

“I also have to say that I failed,” he said of the fact that he was not attentive enough to the problem of phone hacking. He then paused a long time before finally continuing: “And I am very sorry for it.”

If he had known the depth of the problem in 2007, when a private investigator and a Murdoch journalist were sent to prison for phone hacking, Murdoch said he “would have torn the place apart and we wouldn’t be here today. But that’s hindsight.”

The hacking scandal has led to dozens of arrests, two parliamentary investigations and the Leveson Inquiry, a judge-led independent probe set up by the British government.

Tuesday’s report is from one of the parliamentary investigations. The Home Affairs Committee is conducting the other one.

Murdoch suggested last week key parts of the scandal have been overblown.

“The hacking scandal was not a great national thing until the Milly Dowler disclosure, half of which has been somewhat disowned by the police,” Murdoch said.

He was referring to the revelation that people working for him had hacked into the voice mail of a missing 13-year-old who later turned out to have been murdered.

The Guardian newspaper originally reported that the hackers had also deleted some of the girl’s voice mails, leading to false hopes that she was still alive and deleting them herself. In fact, the messages may have expired automatically.

Murdoch described the atmosphere when news of the Milly Dowler hacking became public in July 2011.

“You could feel the blast coming in the window. I can say it succinctly. I panicked. And I am sorry I did,” he said of his decision to close the tabloid. He later said he should have closed it years earlier.

“This whole business is a serious blot on my reputation,” he said.

Murdoch was also grilled over his media empire’s back-channel lobbying of the British government, and said he learned of the existence of one of the key lobbyists only “a few months ago.”

Murdoch said he was “surprised” at the extent of the contact by the employee, Fred Michel, with the British government as it considered a bid by News Corp. to take full ownership of British Sky Broadcasting.

That bid collapsed because of the phone-hacking scandal.

The scandal has forced News Corp. to pay hundreds of thousands of pounds in compensation to the victims of phone hacking.

Murdoch and his son James have been hammered over the past year about what they knew about phone hacking by people working for them.

They have always denied knowing about the scale of the practice, which police say could have affected thousands of people, ranging from celebrities and politicians to crime victims and war veterans.