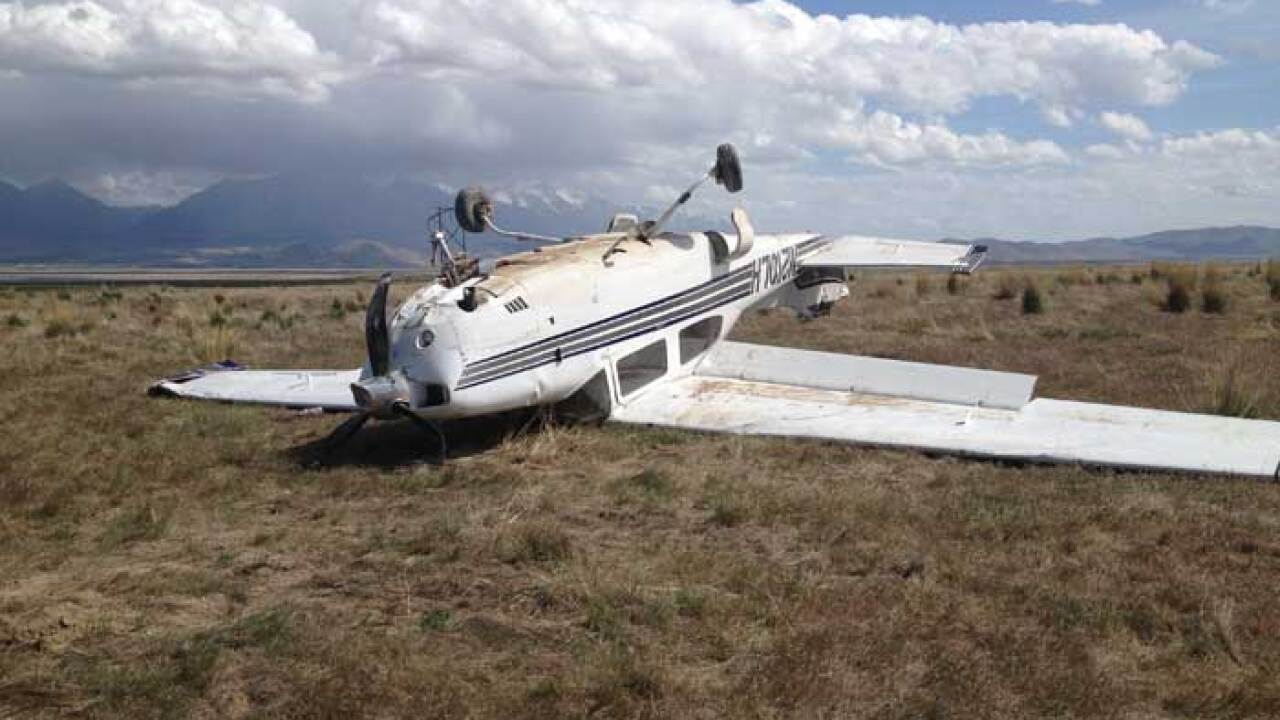 Sheriffs say the pilot and co-pilot were out for some practice maneuvers when the plane lost power and forced their emergency landing.

On board was co-pilot Kelli Peay from Mapleton and pilot Tim Christensen from Orem. They took off from the Provo Airport earlier Tuesday afternoon. Sheriffs say the co-pilot was helping the pilot brush up on his flying skills and they were working what is called stall maneuvers, which are routine. They made three successful attempts, but on the fourth try, the plane's power went out. The co-pilot took the controls for a crash landing in a field just east of Redwood Road.

"She was able to bring the plane underneath those power lines and glided along the ground trying to set it down for a landing," said Utah County Sheriff's spokesperson Jim Bingham. "As they got to this area, they hit some soft dirt, where there's also some bumps or humps there in the ground and that snapped off the front landing gear and flipped the plane over on its top."

Christensen was taken to the hospital after complaining of back pain. Peay denied medical attention and had received only minor injuries.

Utah County sheriffs credit the co-pilot for the quick action taken to avoid the power lines and land the plane as best she could. Crews investigating the crash say they were surprised more serious injuries did not occur.

The crash will be investigated by the Federal Aviation Administration.