Train tankers carrying chemical derail and tip over in Provo

Provo Deputy Fire Chief Gary Jolly says the three cars came off their rails and tipped over near 1860 South and 800 East at about 2:30 p.m. However, no leakage was detected when fire crews arrived on the scene to investigate.

Firefighters say the tankers contain the highly flammable chemical ethanol, commonly used as an additive in gasoline. The railroad called for a hazardous materials crew to help clean up.

No one was hurt and no homes are threatened.

When the tankers derailed they also caused several flatbed rail cars loaded with military vehicles to tip on the tracks (see photos below). 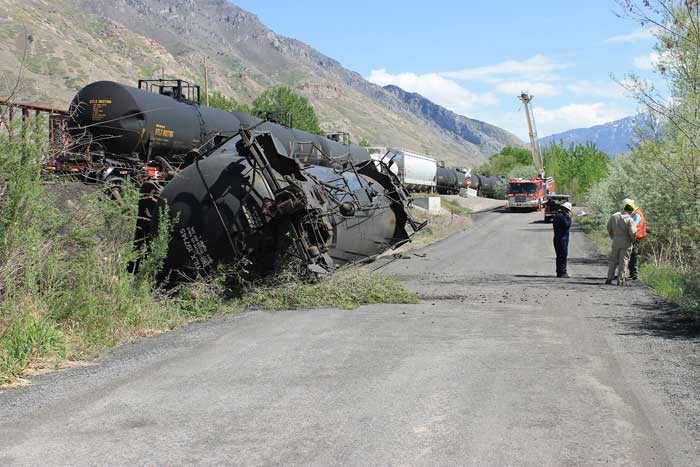