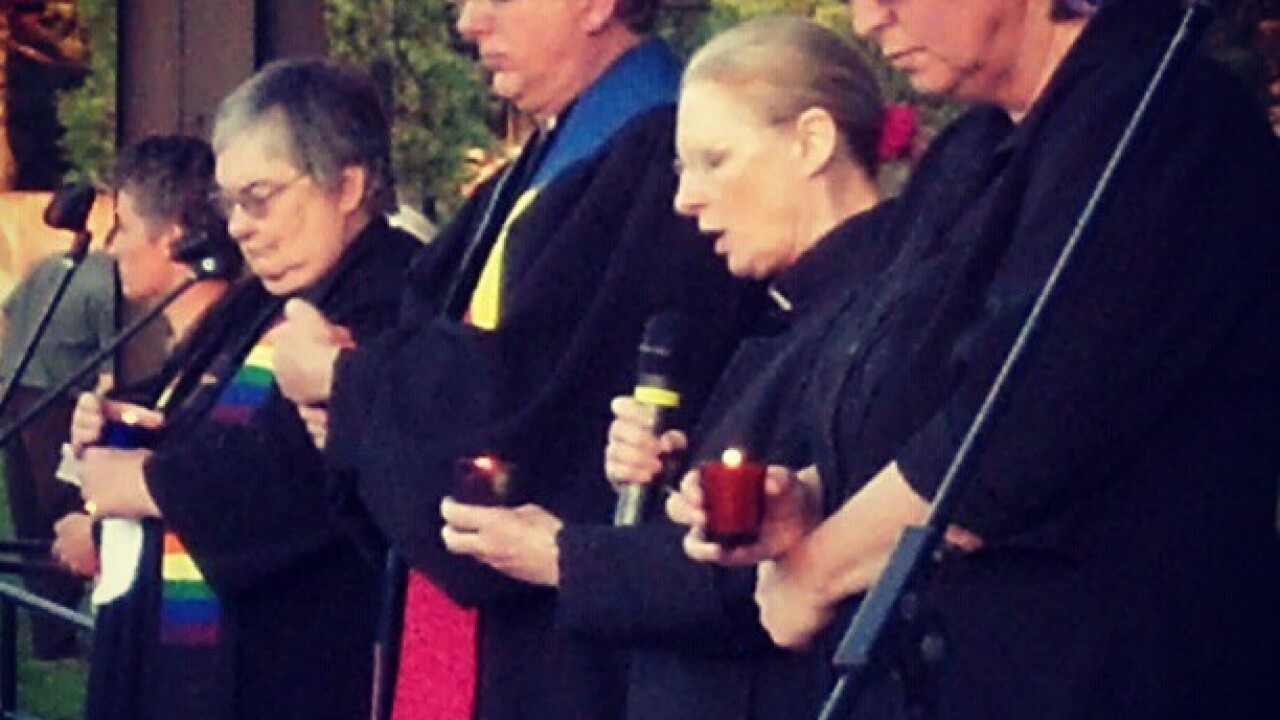 OGDEN -- More than 100 people gathered here to talk about a problem they say is not talked about enough: the bullying of gay youth that can sometimes leads to suicide.

The community forum and candlelight vigil on Tuesday was held in the aftermath of the death of a local teenager, whom friends claimed took his own life because he is gay. It focused on the larger issue of bullying that targets lesbian, gay, bisexual and transgender youth.

"It's so hard to grow up anyway. Teenage years are awkward as hell, but to grow up as a queer kid...," said Jackson Carter, who said he was bullied in school because he is gay.

He rattled off a list of derogatory names he was called growing up. Now 21, he said that things have not changed much.

Those who work with LGBT teens say they hear the horror stories all the time of teens who are taunted and sometimes physically harmed in school. Marian Edmonds, the director of Ogden's OUTreach Center, said it can cause depression, which often causes children to drop out of school.

"It seems homophobia is the last allowed discrimination," she said Tuesday.

"It just get compounded by the way things are in the community," Edmonds said. "So we want to get the message out that all youth should be loved and accepted and celebrated for who they are."

Many people who spoke to the crowd described themselves as "married, straight and Mormon." But they said they wanted to express their love to their neighbors and family members who are gay. One woman said she didn't know if any of her children were gay, but she would not care if they were -- she would love them.

"I, in high school, I'm definitely guilty of using derogatory terms," said one man. "I wouldn't be caught dead doing that now. It's because I love you, and it's because I care."

On Tuesday, the Utah Pride Center announced the creation of an anti-bullying hotline for youth, parents and teachers who are dealing with the problem. Utah has no statewide anti-bullying laws or even a statewide educational policy, the center said, so it has counselors volunteering to operate a phone line.