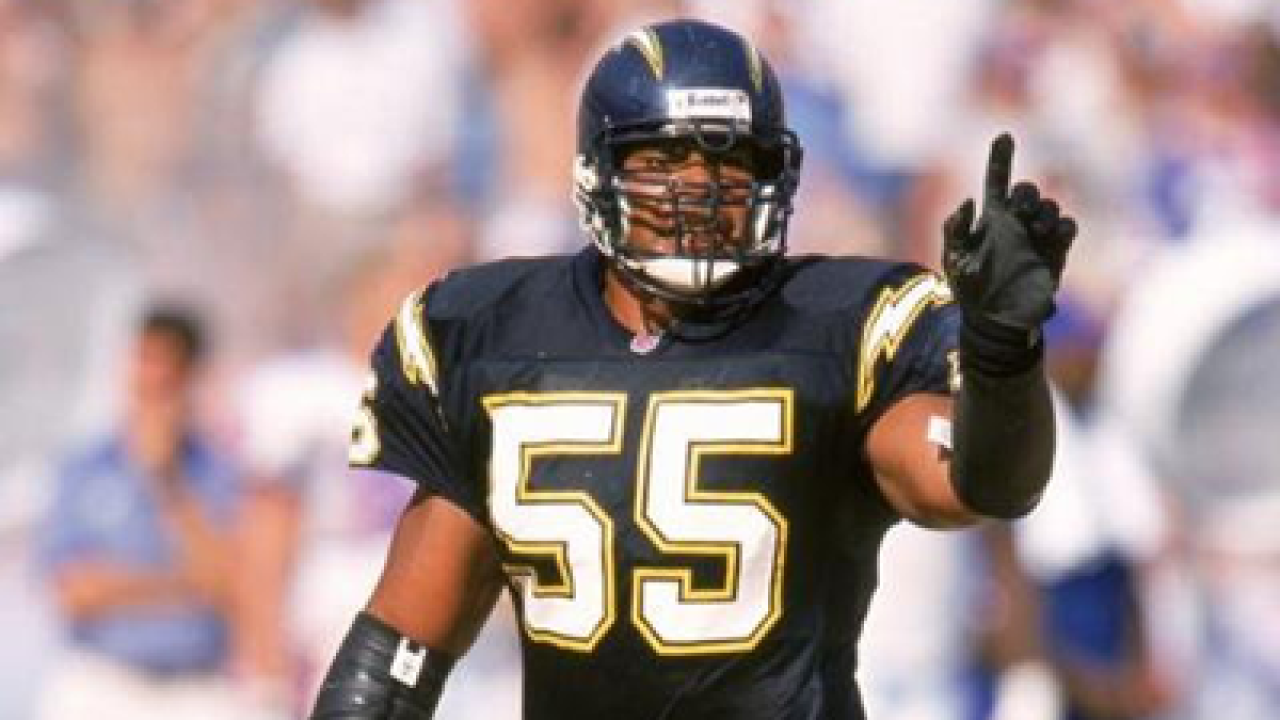 A handgun was found near his body in a bedroom of his Oceanside, California, home by officers responding to an emergency call from a woman who said she was Seau's girlfriend, Oceanside Police Chief Frank McCoy said.

She told police she returned to the home about 9:30 a.m. and found Seau "unconscious, suffering from a gunshot wound to the chest," McCoy said.

Seau could not be revived by paramedics, McCoy said.

"This case, at this point, is being investigated as a suicide," McCoy said.

Seau's grieving mother cried loudly as she spoke outside the home just two hours after police were called there.

Seau's parents are from the island of Aunu'u, American Samoa.

"My brother was a loving brother, caring citizen," his sister, Annette Seau, said as she asked journalists to respect the family's privacy. "I know you guys will overblow this."

Seau was charged with domestic violence against his 25-year-old live-in girlfriend in October 2010 after police were called to his home.

Hours after that arrest, he drove his car off a cliff and landed on the beach in Carlsbad, California. Police later concluded it was an accident caused by lack of sleep.

Seau was drafted into the NFL in the first round in 1990 out of the University of Southern California. He debuted with the San Diego Chargers, establishing his Hall of Fame potential as a Pro Bowl staple.

He left San Diego before the 2003 season to join the Miami Dolphins and spent parts of the last four seasons with the New England Patriots before retiring in January. Seau amassed 1,526 tackles, 56.5 sacks and 18 interceptions in his 20-season career.

"Junior was an icon in our community. He transcended the game," Chargers President Dean Spanos said. "He wasn't just a football player; he was so much more."

Chargers head coach Norv Turner, who worked with him in both San Diego and Miami, said "no one had more character and true leadership ability than Junior.

"He brought passion to the game of football that was unmatched," Turner said. "His commitment to charitable causes in the community was inspiring."

"He played the game the way it was meant to be played," Wire said.

"Junior was one-of-a-kind," a Miami Dolphins statement said. "The league will never see anyone like him again."

"Junior Seau was one of the greatest legends in USC football history," USC Athletic Director Pat Haden said. "He will always be remembered by USC as the original number 55."

The NFL Players Association said "the 12-time Pro Bowler achieved a level of success on the field that is unparalleled, and his off-the-field service accomplishments are beyond admirable."

"He had a legendary NFL career, and his unrivaled passion for the game quickly made him a fan favorite here in New England," the Patriots said.